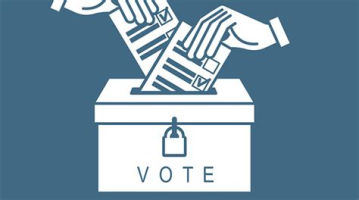 Democrats want fair elections, Really? I discuss the Democrat cry for fair elections versus how they run things, business as usual.

What is a fair election?

I think that this is where we should start. What is a fair election? The simple answer is one in which I always win. Yes, that seems to be many people’s definition of a “fair election”. But to be honest, we need to go deeper into this and come up with a concept that is more equitable to all parties.

In this slant on the concept, we need to go to a position of “what is good for the goose is good for the gander”. In other words, if the situation was reversed, would you that be acceptable to you?

To define this fair election a little more, all parties in an election should see an election in the same way, a thing that is very difficult to do in any situation. First, all candidates need to be valid candidates. Foreign nations, people not living in the area they are representing, or people with a crime history probably should all be excluded.

Secondly, these candidates should present themselves to their electorate, and explain their own positions, views, policies, etc. Once the people “get to know the candidates”, then a fair election is when everybody who can legally vote has the opportunity to vote in the election. Of course, the tallying of votes for each candidate needs to be done in an open and transparent way. Questionable voters, actions, or any other questionable element in the election, pre-election presenting to the public, or even post election events of tallying etc. should have a standard way of dealing with these things that is fair to both parties and all candidates. Judges are usually the ones to decide these matters in our past elections.

In election fraud, there are some issues that need to be clearly understood. There is always election fraud in every election. But our government has taken the posture in the past that AFTER THE ELECTION IS OVER, so before the next election, these fraud cases are closely investigated, and the possibility of doing it again is stopped. So the position of “deniers” of election fraud is just completely breaking the system. There is no investigation of fraud, there can be no corrections of what is wrong.

See Michigan’s Voter Records a ‘Mess,’ Says Man Who Received Multiple Ballot Applications for Someone Else

This is exactly to the point. How can an honest person receive multiple mail in ballots for people that is not that person? An unscrupulous person could fill them all out and send them in. That is fraud, and it can be prevented, but only if election fraud is detected and prevention steps put in place.

Here is it interesting that the Federal government decides who is hired in our post offices, and some 60% or more of postal workers are Democrats, and they heavily contribute to Democrat candidates. Now Democrats want to make mail in ballots a standard across America. All of these ballots are going to be sent and received by these people. The mail in ballots have a designation indicating what party the voter belongs to.

So does this sound fair to you? If these were all MAGA republicans, would you not say anything?

You see fairness in a standard or a way of doing things must be switched around and then you see if the people involved would accept it without complaining or not.

While the argument goes that these people are paying their taxes so they should be allowed to vote, this is not really a fair election. In any election, it is accepted by all that people that live outside the voting district have no say in their elections, also people who have moved into the district and have not registered are excluded. Usually in the past, fairness is to remove the vote from those who are in prisons. That is because voting or losing the vote is an additional penalty against criminals. The assumption is that criminals would vote for criminals, and within a prison, outside pressure to vote one way or another is going to be impossible to stop.

But we give the vote to all foreigners who are legal citizens. We do not penalize them once they are naturalized US citizens. So until they do correct their citizenship situation, they should not vote. While this position of denying them the vote favors Republicans and is against Democrats, we also see what amounts to out and out bribery by Democrats in giving away tax payer money to people who are not US citizens, and also even to US citizens. So while all politicians should serve the people they represent, just giving away as much as you can is not really an honest thing. Somebody has to be paying for these give aways, and the taxpayer/voter is that person. Why should a politician represent better and more so a person who is not a US citizen than the citizens?

We have many needy Americans, like veterans, the homeless, and others. Why give so much to illegals when the same people are stingy to American citizens?