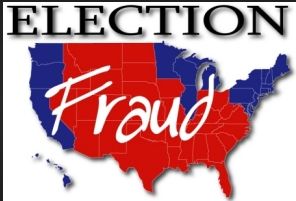 Elections Defy Common Sense is a meditation about how counter intuitive some elections are these days when candidates are grossly unpopular yet win anyway.

The Reality and Difficulty of Winning an Election

What we are being told to believe or others will “cancel us” is that some people who have no popularity even among their own party are winning elections. A point in case is Joe Biden, John Fetterman, Katie Hobbs, etc.

If you compare the last 10 presidential elections, people like Al Gore, Hillary Clinton, etc. have fought extremely in order to win an election. If you think that the races between Ronald Reagan and Carter or Mondale could be won with one candidate “not doing anything except sitting in his basement” you would be considered crazy. But so how are these elections “being won” when the candidate is just pathetic as a public person trying to get the voting public public to put them in office?

I mean, even Democrats are going against a second Biden term. That is not because they love Trump, but rather because they reject the damage that Biden has done in his first term, and they cannot see him functioning in public office any better in his second term. But as with Katie Hobbs versus Kari Lake race, something is just wrong when one of the candidates are counting the votes, she is also losing, and in the middle of the night miraculous votes for her appear and make her the winner.

So the conclusion has to be that these miraculous winners are cheating. Everything publicly points to that, and only when the counting is done with poll watchers from the other side can we say they actually won fairly. But with mail in ballots and other cheating apparatus we have no confidence in the election results. This is not about being “an election denier”, but about making everything “above-board” in questions of an election. One after another we are seeing the same impossible results, and the side which has no public support it seems is the side that wins.

We don’t count the attendance at one candidate’s rallies and compare it to another to decide who is going to serve in that public office. Okay, got that. But it is just against all reason and all of what we publicly know of how elections work to defy that knowledge one has and assume it was an honest election when it is against all logic.

I think Hillary justly lost her race against Trump. She lost because 1) she was/is physically sick and incapable of running a full forced campaign. It is taxing on anybody. But in her physical condition she could not fulfill what was necessary. So we should understand that, and not allow that type of person into public office. 2) she did not campaign in key states. She thought her “win was in the bag.” Most probably the Democrat political machine was highly in gear in her race, and it failed because it wasn’t polished enough.

We cannot turn the clock back. Trump lost in 2020, and Biden was apparently the winner although a large number of ancillary factors point to the opposite. There was a complete suppression of any publication of voting irregularities or any investigation of these cases.

The founding fathers knew that there would be cheating in elections. But the process that they left us is to analyze “HOW” the cheating was done after the election was over, and protections put in place so that particular cheating would not be repeated. Trump honored the founding fathers in what he did. But we the people have failed to stop the cheating. There is no reason why dead people are voting. After one election where that happens, there should be a cleansing of the voter registrations at AFTER EVERY ELECTION. Those who claim to want fair elections should be at the forefront of this.

A saying I heard a Congressman say is very telling. “It is how many dead people still vote in elections dozens of years after their death. But what is curious is that the majority of them are Democrats!” Fair is fair, and this is nothing fair. It is cheating. It is election fraud.