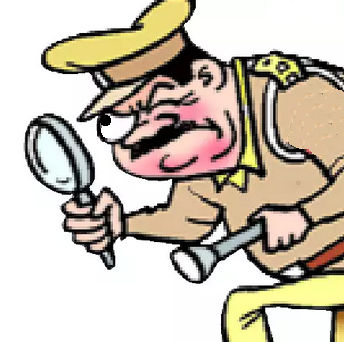 How Going Soft On Drugs And Crime Has Turned Seattle Into Another American Wasteland is an article on defunding the police and what it causes.

The police have a purpose. Within our system we need to understand how things work. There are laws made under the Republic’s principles which is the Constitution and Bill of Rights. The executive branch of Government (President, Attorney General of the Republic, states’ Attorney Generals, Police force, etc.) executes the laws that the Congress and the President make.

Those who would destroy America attack the President, the Congress, the Supreme Court (want liberal justices that make the Constitution a bulletin board of what they think is popular at the moment instead of a hard set of rules to guide us).

So the local police is the lowest level of that execution of the laws of our land. Let me outline some problems here.

The biggest problem is that police and the blacks, and Black Lives Matters (which really has nothing to do with Black people), Antifa, etc. all cross the line in rioting, looting, and breaking the law. Yes, the police go after these people much more than whites or even pacific, peace loving, law abiding black people. So the problem is that police go after people who break the established laws of the land. Prejudiced? Racist? Not at all. If you will notice, most police forces put black people on their police forces that are equals among the other white and other races of police. So no racism there. These bodies of police forces in each locality enforce the law, and there is where the rub is. People who break the law don’t want anybody to stop them or restrict them or interfere with their lawlessness.

So if Black Lives Matter, Antifa, and all the black gangs and other blacks that want to break the law, would just stop breaking the law, they could get along perfectly with the cops. Of course, that is counter to what they are doing, so no go.

But we must be extremely clear. If you endorse lawlessness, where the police are hindered or completely block from enforcing the laws, that is going to be applied across the border.

Without enforcement of the laws, the rich think that they can get away with crimes that they do, but the police and the judicial system will come in to protect their rights, possessions and persons against aggressive people who would harm them. That is a false conclusion. Lawlessness will not protect you, because it is exactly the opposite of that. Lawfulness or a rule of order is what maintains society in peace.

Without enforcement of the laws, people who live justly will think that they are not going to be affected by crooks. Even crooks, when they are living a normal life off of their unjust gains, will think that they are in the free and clear. But no, with lawlessness, everybody is subject to aggression by criminals, and there is not much you can do about that. The only two options open to you are 1) suffer the loss and smile. 2) defend yourself.

At this point, all the difference in the world is the amount of force you can bring against an aggressor when he is breaking down your door. So those who are pushing Satan’s agenda here (lawlessness) 1) want to outlaw all guns for everybody except them. Look around the world, and you will see what is coming to the USA. In England, their policemen are unarmed. What good does a policeman do against some armed criminal. The criminal will reduce the police force by those foolish enough to confront him. They can hide or run, but confrontation against a man with a gun when you are unarmed is foolishness. Even with the outlaw of guns, in England and Europe we see them using motor vehicles, knives, and acid in the face.

Point: You can never outlaw every single dangerous thing available to man, so you have to permit police and individual non-police law abiding citizens to have arms.

2) Reduce the effectiveness of those few guns that remain out there. So what is the big deal with buying ammunition? Why does that have to be regulated? Maybe if somebody wants to buy a ton of it, just having that much explosives in one place needs laws to keep it from accidentally going off. Even at Christmas, New Years, and the Fourth of July, there are laws regarding places that sell fireworks. Okay. But limiting those who have guns from buying ammo? If you have a gun, you take it to someplace and practice firing it, and one single session of that would exhaust what these people are putting as limits. Nothing that can hold more than a few bullets. Okay so we get right down to the nitty gritty of this. If somebody is forcing your front door and breaks in, you shoot your 6 bullets and now have to reload your gun, all upset, in the dark, what are the odds that you would be able to do that before the aggressor gets to you? Everything to defend the crook and attack and debilitate the innocent civilian protecting his property and self and family.

It is sad to see District Attorneys that are political agents for liberals. These bad characters are allowing criminals to go free, no bail or very low bail, and crimes are ignored. This is not America. This is not living by a rule of law. This is lawlessness, and in the Bible, it refers to people of the worst sort. This is what America is becoming unfortunately. We get rid of the police or make them ineffectual, and let the criminals reign supreme.

More Articles on Defund the Police