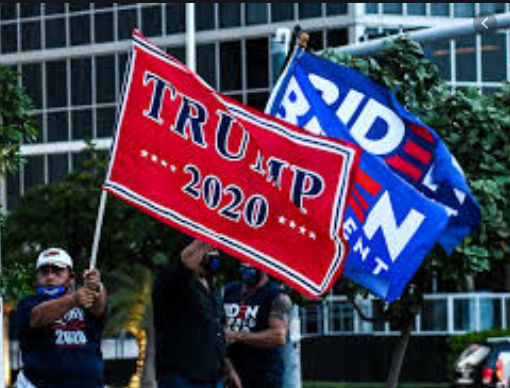 Charles Hurt: Biden’s Transition Has Been a Flaming Disaster is a news article about the failures of Joe Biden and his 2020 presidential “win” even before he has been installed. This post was written on December 19, 2020, so we will update this topic with more as time goes on.

Quite frankly, this article didn’t inform me of a lot I didn’t already know. But this type of article is going to be the pattern in the future if Biden is installed as president.

One of the things about the Democrats constant fight for power is that they really surprise people by what they do. Under Trump, most of their actions were hidden, and exposing them to the world was in place. But since Biden took over, (it is extremely difficult to accept that he won a fair election, they just took over by fraud), their actions are very confusing.

Biden’s shutting down the pipeline from Canada to Houston for example, displaced about 100,000 workers. I cannot but help to think that the majority of these workers laid off were Democrat Union workers. So what happens in the next election cycle when you cut your throat with your our Democrat people? I cannot help but wonder how many Green wokesters were among those 100,000 that were laid off, since it is a petroleum company. People who are pro-Green  usually would not find a good paying job in the petroleum industry. Democratic voting people are beginning to see how all of this Green stuff will work out for them, and I think even though they may be “tongue in cheek” agreeing with the Green promotion, when they have to go through winters up north with low reserves of fuel oil, a power system that cannot handle the switch from oil based heating to electric based heating, and basically either no gas abundance or expensive gas, they will begin to re-examine who they support and vote for. It is logical.

After this coming winter, and what happened in Texas this past winter, and that happening on a gran scale up North this coming winter, there will be deaths. There will be a lot of hardship, cold, freezing. Northerners who live in the countryside put in wood burning stoves. While people are freezing to death, and our government has no interest to solve that problem, they will probably employ a new 100,000 stove police to arrest and fine everybody doing that polluting the air with a wood stove. This is a disaster for the Democrats and they insist on it. The people in cities are just going to freeze to death.

So, it looks like the North will move to the South. The deaths from freezing were in Texas remember. Wow! This is going to be fun to see how it all works out. Biden going into dementia and hiding in the basement as his way of doing things, and Kamala officially in charge of something, but totally ignoring it. This will be interesting to watch.