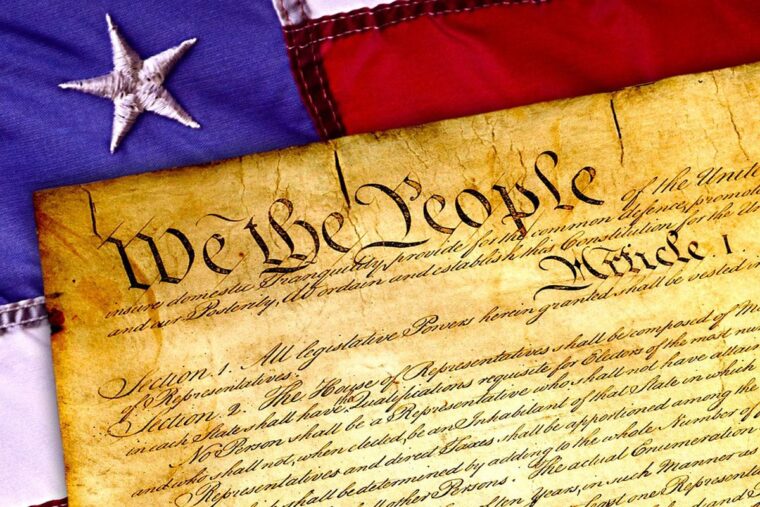 US Constitution News is a listing of important and recent news and analysis pieces concerning the Constitution of the United States.

The US Constitution is a key and very important document. The United States is a Republic, and as such, majority rule is not quite right. Our system was set up from the beginning as an example against king rule, and other abusive governments. So to understand our country, we need to understand that there are unvariable rules that were made to protect the self-same country and its people. These rules are in the Constitution and the Bill of Rights, and although changes can be made to these rules, it is extremely difficult because bad agents will try to control and abuse the citizens.

So the Constitution (and Bill of Rights) are the framework with which all the other laws and practices have to abide. That is how the founding fathers envisioned things. While in an extreme case, a change to these could be achieved, they wanted that event to be extremely unlikely.

In general, Republicans want to legislate within the framework set up for us, and Democrats want to change the Constitution basically making their positions and preferences as unvariable as the Constitution is supposed to be. It takes little analysis to see how Joe Biden wrote dozens of Executive Orders his first day in office and how unwise and unthought out or tested these orders were. Thus we see things.

News and Analysis about US Constitution