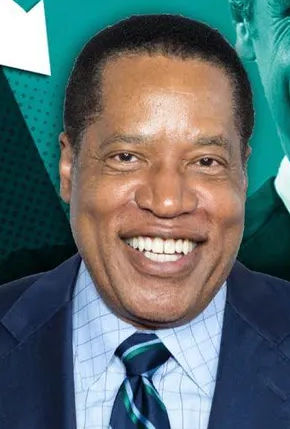 Larry Elder for Governor of California is a profile post of Elder’s Republican bid for being the next governor of California. My off the hand assessment of his chances are the same that Trump had in the 2020 election. Yes he will win by votes, but he will lose by the counting system that is run by the Democrats. This election is a recall election to begin with, so it is to be for the rest of Newson’s term, and then there will be another regular election.

My Expectations for Governor Recall Race

I expect that Elder will win the election vote wise, and the Democrats will again the rigged counting process as they did in the 2020 Presidential election. That is the only way they can win anything these days. I would also predict that Elder will be set back by this, study it, conclude he really won, and then reattack the issue in the normal election when these few months that whomever wins will be governor. Everything will focus on the next regular election cycle for California governor.

Why this is happening to Newson

The truth of the matter is that Democrats across the board are just disenfranchising their own base. I believe it started with Bill Clinton’s sexual antics, and then Obama’s abuse of the White House, especially with Hillary essentially charging for access to her as Secretary of State. Accusations are dime a dozen in the political world, but obvious evidence that is not even embarrassing these characters just is so obvious that every knows the truth. Those sitting on the fence have long ago decided, either they are Democrats no matter what wrongs the Democrats do, or they have become Republicans. Some are disgruntled with the Republican party Republicans, but none-the-less still Republicans.

Newsom has the common Democrat malady of being in power, and doing his own will and not serving those under his administration. People in California see this, and his own hypocrisy has shown forth, so they are getting past fed up, and voting against these Democrat people.

Pie in the Face of the Democrat Party

For many years now, California has been a shining example of what the Democrat platform will produce if they have power. Unfortunately for the Dems, California has been a fiasco year after year. One thing is that the house is on fire, and its a totally stupid other thing when everybody is still sitting calmly in the living room watching TV while the house burns down around them.

The Newsom recall is a reaction of Californians to these disasters the Democrats are constantly putting over on the American public. Yes, you can make the laws such that anybody can steal up to $950 of merchandise per day per store, but when the stores close down and you have to travel outside of your area and hopefully you will find what you need, then that takes the disaster home. Within this disaster scenario you factor in other things like felons getting out because the bail system is done away with, and crooks have a hard time stopping at “stores” and not going into private homes to do the same. So this is how Democrats normally govern when they are in power. People are foolish to accept this and vote for politicians from this Democrat party.