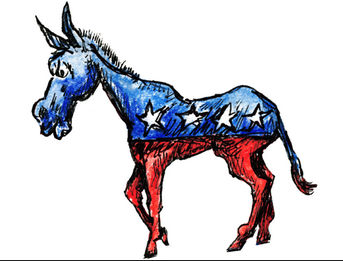 Why Democrats are no longer hiding their stuff is an opinion about the Democratic tactics in the Biden years.

Before the 2020 election, the Democrats had their desired plans like the Green Plan. These things are disasters. They don’t address the thing they are supposed to fix. That is because their main plan is to make every American and all the foreigners they can drag or entice to enter the United States dependent on the US Government, and in a Democrat’s mind, that means a Democrat controlled and run government.

But their tactics changed. They no longer hid so much of their “stuff.” Why? To me, which I am no expert obviously, but to me, they are running scared. They know that they will lose in the midterms, and in 2024. So their only hope is to use the same election fraud in 2020 in these upcoming elections, and try to force another Democrat win. As far as winning a fair election, they are having more and more problems doing that.

How can a political party disenfranchise so many of their base and still win? That is impossible. More and more Democrats are voting for Republicans than Democrats, because the Democrats are destroying this country and the Democratic lifestyle. Over and over again, we see Joe Biden’s actions hurting his own democratic base.

All of this is very easy to “connect the dots” for the extreme liberal Squad people, and his actions are supporting them. But some, like AOC, says it isn’t extreme enough. They are slamming Biden even though Biden is playing to that wing of the Democratic party. But the conservative Democratics, and there are still a number in the party, are just getting hit in the face with his actions. How will they vote in the next two upcoming elections? As strong handed and cruel, and not wanting to work with people as Nancy Pelosi and Shummer are, those tactics don’t work well within their our caucus. Consider the fact that Nancy took the voting power away from her own representatives, and concentrate it in her own hands, sitting in front of her freezer eating ice cream. The votes last year were given to her, and she voted for the Democrat Representatives. I am not a Democrat, but I cannot help but see that action would not play well with most of the Democrat voters of these representatives.

So Joe Biden hit the road running on the first day of his presidency. Why? Is that a great leader trait coming out? Well, some of the Presidential Orders that he signed that first day were extremely poor. The oil pipeline for example. So the process is you say (as President) what you are going to do, then every body weighs in on the pro and con side of your projected idea, and then the politicians weigh in on how it will impact their standing with their personal people who voted for them, and a compromise is done. Maybe the idea will work and get widespread approval and maybe everybody will clobber you. But the point is that there is a process with presidents from either party, and in the end, somebody win’s and usually some people lose. Postponing is a loss.

With Biden, he jumped to the end of the process and nullified the process. Nobody can weigh in on his plan, neither negatively nor positively. This comes from a practice of extremism in the left wing of the Democratic party. “Let’s not work with the other party and come to a compromised position.” Although nobody likes going through this process, it is necessary mainly because it allows whomever that proposed the plan to spread the blame and defend himself.

ALL, 100% of the blame for these presidential order by Biden are Biden’s babies. Nobody, not even Pelosi nor Shummer had any part in it (openly, in the process as normal). Obama did the same, but still used the process.

Biden wants to blame to Republicans if his stimulus package ultimately fails like the rest of the stuff are shaping up to do. The Republicans are hesitant to go through the process when Biden already has everything he wants in it. The Republicans get nothing, they limit his buying spread for Democratic causes nothing, so why participate?

This is again going to be 100% Biden’s fault, which Biden is toast. Politically he will not run another term, and it is extremely doubtful if he will even finish this term. So he is going to be gone before 2024. Kamala Harris is not a leader, she is a follower, like the sharks that follow after a school of fish eating up those who are lagging behind. She wants to make money off of her position. So fixing problems by thinking, studying, examining problems, she is incapable of doing that unless it results in money in her pocket. That she can do.

While Biden as president is becoming an embarrassment to the Democrats, Harris as his replacement is not going to fair any better. When the Congress and even common Democrat voters on the street begin to see that the Trump stay in Mexico plan works, and Biden’s plan does not work, this is a problem for the Dems.

I recently heard a comment by somebody in California. It made me pause to meditate on it. “Why is there so much crime in California now?” Even in Democrat paradise of California, things are going from bad to worse. The long terms effects of the Democrat policies are beginning to become undeniable. They hurt the Democrat voters. They hurt them in ways that make life difficult to impossible. As those in these cities, Portland, Minneapolis, Chicago, New York, ask them how they like life in their city now that BLM is taking over and destroying that lifestyle. Then ask them what they think about all the Democrat citizens of their city moving to Republican states instead of staying there and suffering. Good question! Why are businesses and citizens fleeing California and New York and these places where Democrats have been in charge for 40 years working their Democrat Paradise?