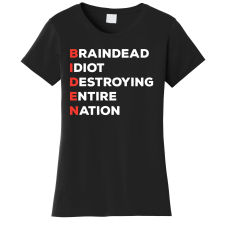 Why do we love or hate our presidents? I reflect on why we like or dislike presidents and why we should do so more intelligently in the current day.

Why do we love our presidents?

I ask the question of why do we love or hate our presidents? Any one or all of them? The answer to that question holds a principle that we lost somehow.

The answer lies in a couple of things, but the most important thing is in how he conducts and governs our country. We also can chalk up the fact that he is a member of our political party, but as with Richard Nixon, not every president that is a Republican is liked by all Republicans, nor is that true with Democrats.

So we turn to President Trump, and I ask you why did/do you hate or love Trump? Unfortunately, it is probably not because of what Trump did or represented. It was because the news media bombarded all of America with vicious lies, and twisting, turning, and spinning of events out of control.

But even though I supported Trump (and still do), I do not like everything Trump does or says. But I will vote for him again if the opportunity comes down to it.

If you cut through all of the media baloney that we have been buried with over the past 6-7 years, Trump did a lot of things right, even out of the gate (from the beginning). Trump showed that he understands the basics of American business, and more importantly, American employees. That point is seen because he actions produced effective help for both.

But we need to insert another observation here. More than just what a president does that produces good effects on the nation, we need to understand that some presidents just do not want good for the country. They are in a plan of destroying the United States wholesale in every way that they can do so. Although none of these would admit that this is their goal, you can see it in the actual results of what they do.

For example, Joe Biden has swallowed the “pill” of Greenies and Global Warming idiots, and he wants to remove all fossil fuel usage in the United States. When did we debate this? Surely not in the presidential candidate debates. It wasn’t mentioned as I remember. But this thesis (which is totally false and science does not support it) was accepted without debate, without a public vetting. It was forced on America because somehow Biden won.

But what we see with Joe Biden is just a series of things, one after the other, that would obviously be bad for America. Since we do have extreme heat and cold at times in the United States, we need cooling and heating in our houses, places of employment, and places of active like restaurants, stores, theaters, etc. How does a sudden forced change over to electric and wind energy work out? Both are unstable, unreliable, and just are not working in a consistence manner necessary for us to maintain stability in our lives.

Our Supreme Judgment Element is what the President Does for me

Be it good or bad, this element is how we really judge those who govern us. A Christian should judge the president or governor by how biblical he is and how much he obeys God in what he is and does. But the majority of the citizens of America judge by his actions.

Is inflation really a good thing for America?

No, it is not. We get the same salaries, but the prices for rent, food, gas, etc. cost more. There is no way any charlatan can convince us that paying more is good. When you look at the people who sell these products, it is not good for them either. Their costs for procuring these products that they sell has also gone up.

Is paying more for gas good?

Somehow Joe Biden, in his strange mind and thinking, thinks that paying more for gas is good. But this is a concept that the Democrats have taken for themselves and foisted on America without debate, without consideration, without vetting and hearings to see how it will affect people across the board. Heating oil and gas for heating our living spaces is going to cost more and more under Joe Biden because his policies cause this. Maybe he likes the idea of going Green and he is sold on it, but America has not had the pleasure or displeasure to seriously debate this, and they are not liking what they are experiencing. No amount of spin, hype, nor lies is going to change people’s minds when they see people dying because there is no electrical power, no gas, no oil heating. They freeze to death, and forget about saving the planet, we want to know how we are going to get through the winter.

The Democrats want power over us to govern us. But this is the nitty gritty of the issue. If they get total power as they now have, will their governing actually be good for America? How can Trump’s actions of making America a net exporter of energy, oil, and gas, and Biden’s actions of making us beggars to other nations that hate us for a little more oil be compared? For all your hate of Trump, his actions were beneficial to America. And all of your love for oe Biden, his actions are rapidly destroying America.

Does immigration look any better under Joe Biden?

The bottom line is that all of the illegal immigration that Biden is allowing to pass is causing American citizens, and even other established illegal aliens already here to receive less salary or to lose their jobs completely. New illegal aliens will work for much less than normal people living in the US for years. That is because once a foreigner has lived in the US for 4+ years, he understands that he cannot survive working for sub minimum wages. His costs of living are just going to be comparable to Americans costs. He MUST make more.

But with every new wave of illegals, they don’t understand that, and they are in dire financial straits so they will work for any small amount of money.

When we turn to Covid (and other diseases) our borders are allowing anybody to cross into the US. Biden is even giving them a free ride to where he wants them (Republican states so as to populate them with more illegals that will vote for the Democrats). But where the illegals go, Biden is setting them up with free welfare benefits. These benefits are 50% federal money and 50% state money, so that drags the state budgets down. But even with those problems, we do not know how many terrorists Biden is including in these illegals. There is no orderly visas being given. Many come with Covid, and while we are being restricted they are free to do what they want with no restrictions from the same federal government on them. Why does every immigrant have to have a Covid test before access to the US is given? Again, Biden is sending them to Red (Republican) states, so this gets actually criminal in intent.

How is Joe Biden’s actions on Covid looking?

Biden promised to do away with Covid if he becomes president. He became president now, and what do we have? He has washed his hands of Covid and is laying the burden of “fixing it” on the states. How does he get away with that? How can you just accept that we suffer and he skates on his promises and responsibilities? This is incredible.

The problem here is that America believes the lies that the news media tells them. These liberals have taken control of our schools, of our medical profession, of our scientists, and these sources of reliable information upon which we make decision that changes the flow of billions and billions of dollars has been contaminated with political opinions, and real true information is banded and crushed.

If you hate Trump, did you like it when he caused more unemployed people to get good paying jobs? The average income went up under Trump, and income for groups like Hispanics, Orientals, blacks, women, handicapped, etc. all got more jobs and were paid more. This should mean that people will “like” Trump because his actions (government) benefited them. It should be highly indicative that the only thing Joe Biden could focus on in this first year was to “undo” everything Trump did. Trump is the embodiment of the opposite of what the Democrats want. Trump wanted and still wants to do good for America, that they prosper and are better off in their daily lives. The Democrats hate America and want to hurt, maim, and destroy America and all of their institutions. That is something meditate on for a long time. Why would you ever vote Democrat again? How can you refuse to vote for a president THAT HAS AN ACTUAL HISTORY OF GOVERNING AND DOING EXCELLENT FOR AMERICA AND FOR YOU? What charm has the Democrat party put on you not to see the light?

Why do we love or hate our presidents?