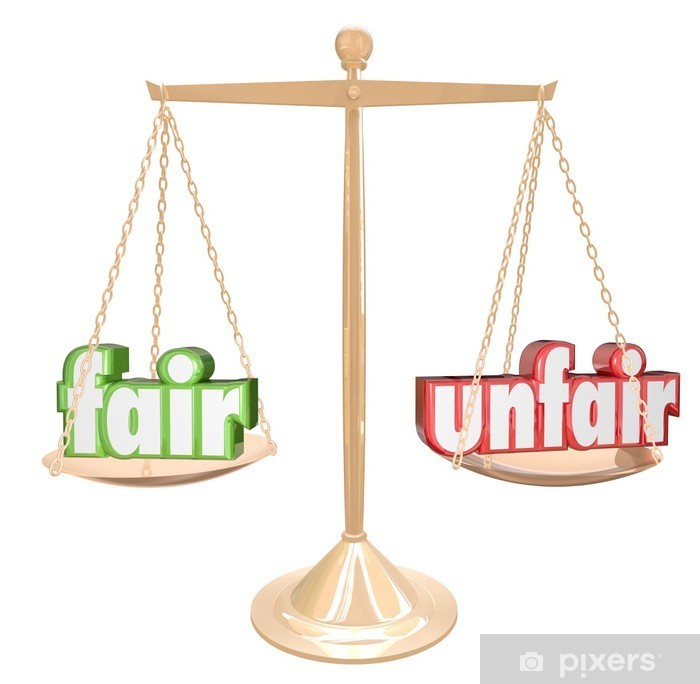 Let me begin by being fair and open. I have an opinion, a political position, a political party which I favor. I think everybody is likewise inclined to some things, people, and positions, and disinclined towards others. Okay. Live with it. But when we come to news stories, the presentation of the facts of what is happening our world, people want the truth, not spin city.

News can be reported according to the facts. But political pundits often use the MSN (Main Stream News) to spin everything towards a favored (to the people reporting it) position. Here in doing the spinning, many people selectively choose which facts they present, how they present them, and insert their opinion as often as anything else. Fine. When you lean too much to one side, this is what you end up with. But people are not reading the news, they are reading editorials and opinions.

When I think about how to identify opinionated news sources, I think the most important element is how clear is their vision. By this, I mean what percentage of their reporting is only to support a party or group, and how the reporter is identifying good and bad in any situation or news story.

In today’s news (9/11/2021), there is a story about Biden has committed war crimes. When I pursued that story, apparently they killed someone whom they believed was a terrorist. The Times says that the terrorist they bombed wasn’t in that car. Clarify seems to be missing in the Breitbart story here. I will confess that I read Breitbart.com almost daily. I do get frustrated and fed up with them at times and don’t read them, but it is just as much as what news is going on in the world as their way of telling the news, so I don’t blame Breitbart for telling the news when it just doesn’t interest me. That is the fault of the news, not Breitbart. I would note that Breitbart has a number of news articles that is not really what they are reporting per se, but they are reporting what is in the news on other websites.

The point that I did not like is how it is Biden who seemed to pull the trigger. I am sure that there were military brass that made the decision to make that kill, and setting aside the issue of a drone killing, Biden is responsible for his military commanders, but I think the issue should be investigated and if necessary discipline given to those who made the call. There is responsibility for Biden to investigate the issue and discipline somebody if necessary, but beyond that, I doubt you can make a war crime on Biden personally for it. This is the balance that I would like to see in the news.

Looking beyond the Facts

Many times, in analyzing the facts of an event, it would seem that now editorial and news are so mixed together that it is impossible to distinguish one from the other. Perhaps that is good in making thoughtful comment on elements that seem to go unnoticed. But one has to be very careful.

In the story about the drone attack today (9/11), there are some things that was not brought out. The most important point is why the US is attacking with a drone strike on the anniversary of the attacks on the Twin Towers. Why would Biden’s government want that to happen? In fact, why would Biden move the evacuation from Afghanistan from June to August (we don’t know is it is still going on 11 days after August 31, because there are elements in the news that some people are left behind and other Americans are trying to get them out).

The whole issue seemed to be that Biden is against the Taliban terrorists, and this is a lie, because Biden has done so much positive for them lately that that narrative (to me) is just trying to paint Biden as a strong leader, out to get the terrorist bad guys. But while the story in the Times would seem to want to paint Biden that way, analyzing all the news articles about Biden and the Taliban, that conclusion does not check.

I think what is greatly missing in the news in our day is balance. For example, the 4 year marathon hate Trump-fest we have just seen belies the fact that Trump did a whole lot of good things for America. This is seen in the records of growth in the stock market, his job numbers, and many other things he accomplished that went unnoticed in the MSN.

Some News on the Accomplishments of Trump

So Trump is not perfect, and he could learn a lot about being careful with his words. But because you don’t like him, because you are not aligned with his principles, that is no reason for ignoring what he has done.

Having the Right Perspective

As you survey the different views and party perspectives, there comes a conclusion that an honest person has to see. America is a great country. There are people who whole hardheartedly believe that. And there are people who hate America with a profound hatred that is difficult to understand why. They are Communists, Marxists, Agnostics. The last one is a person who opposes God and everything that would promote God.

I, for one, would like those who hate America to be honest with themselves and leave America (physically) and go wherever they think is better and stay there, and keep out of America activities and business forever. Unfortunately, those kinds of people are not moral, they lie and cheat instead of being honest, so they infiltrate and destroy America from within America. True Americans that love America have to root these people out. They break the loyalty that America demands from Americans. Foreigners who swear to believe in, uphold, and be under the authority of our Constitution, yet as soon as they are “in”, they do exactly the opposite of those things they swore to. These people need to be ungracefully deported and have their citizenship removed. They are liars and because of lying an allegiance to America, they have no right here.

Simply because they want America destroyed and different is no reason nor does their desire give them the right or authority to do that.

Balance and Fairness in the News