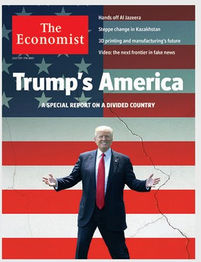 President Trump’s effect on the Economy

Let me put in my two cents here. After suffering through some 30 years of recession, and repeatedly, Republican presidents after Democrat presidents and the cycle forever going on, none of them could help the economy even a little bit. The thinking during that time was that the depressed economy was with us forever. Pundits and political parties on both sides of the aisle declared authoritatively that the US economy will probably come out of the recession over 20 more years slowly, and nothing could be done to accelerate it. Nobody had any ideas on the matter.

I repeat, both political parties had 2 presidential terms shots at it, and both parties had power over the reins of government effect something. (1) There was no will to change the status quo. (2) They had no idea how to make the economy wake up and get back to good health. (3) Both parties were wanting the crank up and start running only under their control. They didn’t want the best for the country, but they were always considering how any such good news would affect their standing as far as their power in government.

President Trump is a businessman. His credentials in that area are excellent. Part of why America voted for him the first time was because he was not a politician but a businessman. The economy kickstarted almost from the moment he won office. Compare that to the economy now in January 2021 choking to death on Joe Biden’s taking the reins of government. President Trump’s Victories continued #3

Under Obama and Joe Biden’s administration, government oppressed businesses causing them to follow burdensome non-essential government regulations. The Obama-Biden team raised taxes on American citizens and on American small businesses. That is fact. President Trump immediately on entering office had his first priorities to remove that regulatory burden and decrease taxes on the small people. Now Biden is returning America to that Obama-Biden oppression.

Can we understand that that horrible recession we experienced in the past was caused by something? What was it caused by? Some may say too many crows feeding on the corn in the field. But suppositions don’t cut it. If you hit on the right cause of the ailment, fix that, and it will be a remedy and the ailment will go away. President Trump did just that because he is not a part of the Washington swamp. He is an outsider, and while he fixed the economy, he was always hated extremely by both the entire Democrat party as well as the Rhino Republicans like George Bush.

But don’t forget one thing. He fixed the recession! He knew how to do it. Obama and Biden claimed that that “fix” was a result of their policies and it just took 8 years before it kicked in. Yea. Unbelievable that you insult the intelligence of thinking people with that line. But let’s go with that for a moment. Okay. If that is right, then Joe Biden’s first term, returning to those failed Obama-Biden policies that they cast on America like a curse will result in the economy going up, up, up. Right? That is not what is going to happen. The standard Democrat policies are going to drive up, up, up inflation, and down, down, down real wages. They will drive taxes on individuals and small business, but big business will somehow be exempt from higher taxes despite all the rhetoric of the Democrats to the contrary. They blamed President Trump’s policies as only helping big businesses and billionaires. Now will be the time to analyze who gets the shaft, and who gets off scotch free.

This website (note undoubtedly Biden will take this page down the moment they have the ability to do so. So I am making a backup of the page here. Trump Administration Accomplishments _ The White House) (Highlight in bold are my markings.)