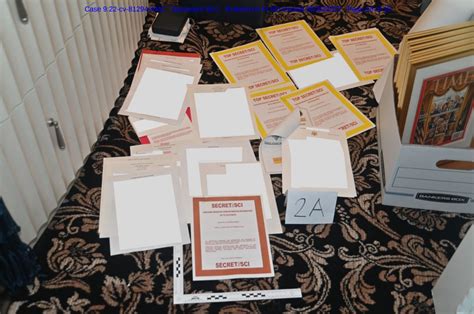 Trump’s Mar-a-lago classified documents is a focus on Trump’s authority to classify and declassify any document he wishes.

Let me say that I have read several interpretations of what is happening with Democrats attacking Trump taking classified documents with him to his home. But the article above is very good.

While everybody else in government has to follow rules and such, the head of the executive branch does not. He is at the top, and the president classifies and declassifies document as he so wishes. The writer put it very well. At the moment that Trump took those documents from the White House to his home, they were in fact declassified.

Trump does not appeal to another authority to “allow him” to declassify anything. Being president, he is the final voice that decides what is and is not.

Trump, as President, has an obligation

What is not being recognized is that the law places an obligation for any and every president of the United States to retain, store, and protect documents for later analysis by anybody. Most of our presidents seem to want to put these things in hiding. Trump took what he thought he would need to retain. You cannot at the same time oblige him by law to keep documents and then at the same time accuse him because he does.

There is one thing that I do accuse president Trump of failing on. And that is the point of not discerning who is a Rino. Those who claim to be his friend and support him and are actually his enemies. I know that this is very hard to discern, but boy did the left insert so many people into his administration that were working against everything he was doing. There should be laws making it easy to fire such people. Bill Barr is no conservative. He pledged allegiance to the Constitution and by accepting to work for Trump, he should have been faithful to Trump and his proposals and policies. Barr is anything but Trump’s friend.

So it is pretty much a rule of life that politicians are cheats and scoundrels.  They are all basically criminals that work to fulfill their lust for money and power. Yet the Democrats have worked since day 1 of Trump’s public tenure to find something with which to put him in jail. The extremists have even called for his execution.

What does not surprise me is to find out all the dirty laundry about Joe Biden, Nancy Pelosi, etc. They fully fit this picture. What does surprise me is that with all the millions of taxpayer dollars spend by Trump’s opposition, and with the years of digging, that they still have a hard time coming up with any clear evidence of wrong doing. The best that they have is that he overvalued some properties he owned. Duh? That is wrong? He paid taxes to the IRS on them, and if they were overvalued, he is just giving away extra to the government on those properties. That is the best crime they have on him? Really. Mary Trump, somebody within the Trump family clan, also attacks Trump, but equally, her nastiness doesn’t take us anywhere near a crime that Trump committed. Compare this with Kennedy driving drunk and causing the girl in the car to drown, and Kennedy got away with murder. Trump doesn’t seem to have these kinds of skeletons in his closet. The guy desires our respect if nothing else for keeping scandal out of is presidency and personal life.