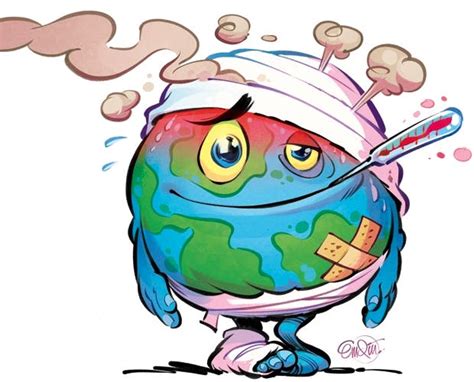 Let Biden take a public bus is an opinion piece about the hypocrisy of Democrats (and Republicans and Hollywood) in prescribing a restricted lifestyle for the peons and luxury for themselves.

We are in an environment crisis

If you listen and believe what the greenies in this world are screaming at us about, the world will end in a few dozen years because of climate change, and we need to upend our society as it is to impose an austere opposite of what we have now. All airplanes need to be grounded forever. The possession and use of an individuals gasoline car must be stopped. If you study their dire warnings closely, electric vehicles are just a stop gap measure. Their true goal is that every “normal citizen” use public transportation and/or nothing at all, except walking or a bicycle. Even the CO2 that a person running or riding a bike is killing the planet so that must be stopped.

So their utopian view of our future is that everybody (except for the elites) should be in a small cell eating bugs, and working from home. They almost got that in the Covid assault on human rights.

Biden’s 40-minute flight to Hagerstown burned about 3,886 lbs of jet fuel as he traveled in a Boeing 757 aircraft, which burns roughly 5,800 lbs of fuel per hour if the aircraft is traveling at the average speed of 598 miles per hour at 35,000 ft, according to Aviation Insider. Biden’s trip to Maryland produced over 12,000 lbs of carbon dioxide (CO2), according to a Daily Caller News Foundation analysis.

Biden produced CO2 emissions equivalent to driving 13,678 miles in an average gasoline-powered passenger vehicle, according to the Environmental Protection Agency’s emissions calculator. A 72-mile journey in the average passenger road vehicle would emit only 58 lbs of carbon emissions as the average car has a fuel efficiency of 24.2 miles per gallon, according to a DCNF analysis.

Biden declared in July that the “climate crisis,” caused by carbon emissions is “literally an existential threat” to both the U.S. and the world. The Biden administration continues to push its aggressive climate goals that seek to phase out gas-powered cars as well as block oil and gas drilling on federal lands.

So what we see so often with politicians, they are the biggest hypocrites in the world. But why are we to accept the seriousness of global climate crisis is obviously the people yelling the loudest about this just don’t show by their lifestyles and actions that they think it is really an “existential threat” at all? What are we to believe then? What you tell us? Or are we to believe your own actions and lifestyle?

The Beast, the presidential Limousine

The president of the United States has a special vehicle to transport him called the “Beast”. It is called that basically because of its weight. It has reinforced steel in its construction so that it can withstand a sniper’s bullet, a rocket, or even a nuclear blast. All that means is that it is very heavy. It weighs in at 22,000 pounds. Note that because Biden travels by Air Force one (another “beast of the skies”), there are multiple vehicles all alike. When Biden flew to England for the Queen’s funeral, the secret service flew one of those vehicles to England beforehand, so it was ready at the airport when he arrived. So we are talking about at least 2 beasts, and probably 3 or more.

The beast gets 8 miles per gallon. So this is a greenie’s nightmare. Why does Biden use a public bus instead? You see, this is the seriousness of these people’s beliefs. It absolutely must be forced on the general population, but for them, everything is an exception.

Here is a list of 28 Hollywood actors and actresses that have their own private jets.

Despite the fact that actor George Clooney is always touting a lifestyle that leaves behind a smaller carbon footprint, his $43 million private jet is something that he uses frequently, causing lots of people to cry foul. Nevertheless, it is a spacious and luxurious jet that he uses to fly to both personal and professional commitments.

And he’s not selfish about sharing the plane, either. Just some of the many celebrities who have been spotted on his plane include Jennifer Aniston, Prince Harry, and Meghan Markle. In fact, Clooney even flew Markle back to the U.K. after her baby shower in New York City. (quote taken from the article)

In other words, not only do these elites not obey the mantra that they themselves are trying to enforce on the general populous, they are so audacious as to “lend” their gas gussling airplanes to their friends to make more CO2 than what they themselves are making! Okay, we call that hypocrisy when somebody preaches, “you cannot steal” and they are stealing. They do just the very thing that they are trying to get everybody else to not do.

Obama bought a mansion on the beach! Okay, so exactly how committed is Obama to the climate change propaganda mandates if he buys a house about a foot above high tide? I mean forget climate change, even a hurricane could wipe that mansion off the face of the earth. But it would seem that Obama does not take climate change dangers personally. There is no other conclusion.

Air Force One, the Presidential Airplane

Okay, I am not going to go into how energy abusive this airplane is, so for the sake of argument, let’s say it is comparative to a typical commercial airplane. Why does Biden get to use it if he believes in Global Climate change? I mean, Trump doesn’t believe this lie of Climate warming, so his actions are accordingly. But Biden and the Democrats say they believe this so much as to take trillions of dollars out of your taxpayer’s pockets for things that will not change the situation at all, or at very best, slightly. It still has not been proven scientifically with evidence based tests that man can make any impact on the environment. Even the Exxon oil spill was not of this class. The oil is in the ground all around the world, and it seeps into the ocean regularly, well constantly. These oil droplets are absorbed into the environment over time.

The CO2 that a single volcano can produce is much more greater than all the CO2 that man produces over years, and this CO2 is released in the matter of days and a volcanic eruption can see the ash float around the world. Yet we are still here, not-with-standing the thousands of eruptions that our world has seen since its start. So these points are glossed over as “givens” by climate alarmists, but they need to be clinically studied.

When the scientists do ice cores in the poles, this ice is thousands of years old, and they analyze the CO2 in the water at each depth. Some ice thousands of years ago have much more CO2 than today. So guess what? Climate changes. There are cycles, and you cannot tell what the future is nor what is really going on when on a circle of climate normal changes, you examine a fraction of it. We do not have scientific data for even temperature going back beyond 200 years. At some point, you have to swallow your pride and admit that you just don’t know. You are ignorant of these things, and stop talking like you are an expert.

Let’s force the elites to choke on their own dictates

I think the general public should make the elites obey their own dictates and have an established history of their austerity before they are allowed to even be heard. Yes, that list of 28 Hollywood stars should be taking public buses for years before they are allowed to talk about climate change. Same for the politicians. Don’t preach to me something that you yourself don’t really believe in.

I really in Covid lockdowns, a picture came out of Nancy Pelosi in an airport in San Francisco without a mask on bypassing the TSA security x-ray machine. I have traveled by airplane, and those things are just a bother. But I submit. I admit I am just a peon in this life. But how can she preach to us one thing, and then she does another in her personal life? I would never vote for her anyway, but that just rankles one’s nerves. Another photo surfaced of Nancy Pelosi in a beauty shop sitting in a normal chair talking with other people, and Nancy had no mask on (in the height of the masking during Covid).

When you see rolling blackouts over the entire United States during the winter, when you see businesses shut down because they have no power, when you see heating prices climb to the price of a used car every winter month, just remember, this is not a consequence of oil running out. It is a policy decision made without investigation or forethought by only one party, the Democrats, and without even forethought by them. Just a radical arm of the Democratic party decided this for the U.S. It can be changed if that party loses control. Biden is showing us just how bad he can leave the U.S. in just four short years. It will take 10 to return to where we were before he got into office.

The Democrats are using election fraud because even their own people don’t believe their lies any more. But you don’t care. That is the real problem here.