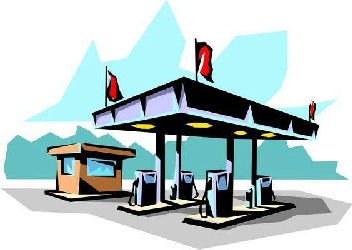 California Gas Stations are Complaining that the 2035 law that shuts down all gas stations is going to cause them great hardship.

See California Independent Gas Station Owners Speak Out Against 2035 Gas Car Ban: ‘We Are All Going To Suffer Through It’

I kind of laughed when I read this headline. I said duh! If you want to live in California, you either put up with all of their follies or you get politically involved and put in Republicans into political office. There are no other options. California nutcases are the “school” for extreme Democrats. California is how they want the entire United States to end up like.

Their Approach is just Wrong

Okay, let’s set aside for a moment all that’s wrong with the Green Plan that the extremists want the United States to embrace. We have a Republic, and that means that people vote (the majority decide what we all are going to do) but within the range of things possible, whatever we do has to conform to the superstructure of the Constitution. Every politician (and others in government) has to swear to uphold the Constitution. They all swear loyalty to that document. The Constitution is not a “non-binding document” on them because in the future they will change it. What it is now, they have to abide by.

We make laws through that document and the principles that it sets forth. The first principle is that the House has to propose a law and when they agree (majority vote) then they pass it to the Senate (again majority vote) and then the President signs it into law and implements it through the executive branch of government. If the law is in itself unconstitutional, the court system enters in to decide and rule it unconstitutional and overthrows the law.

But that is the process that we have had up until a few years back. Enter the executive orders that by-pass the process. The president makes laws which are supposed to be to carry out (the particulars of a law passed by Congress) are what executive orders are supposed to be. But in any case, all involved are supposed to study, investigate, try to foresee the problems with their part in this process, and most important of all, have open discussion for months before actually doing anything. In this period of open discussion with the public, it gives everybody a good look at how the law actually will be implemented and person who are going to be adversely affected get a chance to sound off.

Considering that this is how our government HAS FUNCTIONED for a long time, Joe Biden’s first day executive orders are a disaster. 1) He didn’t think through the effects and consequences of what he was doing. He was just trying to please the extremists in his own party. A very small number actually. 2) He didn’t give his own people time to study what problems could come up. 3) He didn’t give other people the opportunity to object, express support, or possibly offer changes to make it work better. Biden snubbed the American people. Recently Democrats want Congress to pass bills without any revision, so they are very long, and even Congress doesn’t get to read the thing before voting. Thus we have a printed version of the bill which is 1000s of pages long and the vote on it is taken within 24 hours of people getting it.

Newsom and California policy makers are another perfect example of ramming what they want down the voters throats without any recourse.

What’s Wrong with the Green Plan

The first thing is that this is wrong because their timeline is too short. What they want to do (get rid of petroleum energy) within a few years is just never going to happen. To change over to green energy (wind mills and solar panels) just cannot be done physically so fast. Their are some studies I have seen that say that if we replace every gasoline car with an electric vehicles, that there is not enough rare metals necessary for those cars in the entire world, much less extracting them so quickly. We won’t dwell on the fact that this in itself will empower China over the US.

Moreover, even California itself has electrical grid problems, with brown out, black outs, and other grid problems. California has made it illegal for electric companies to clear the brush from under power lines, so thus they have an extremely bad and dangerous fire problem. But if California goes to no gas vehicles in 2035, then what happens with the existing gasoline cars? If this same plan was spread out over 50 year they could slowly reinforce their electric grids and MAYBE handle things. But solutions are not what these people want. They want crises to justify their power grab over we the people.

I have lived in Mexico for 40 years, and 1) the Mexican people living in California are going to leave California for other states, or 2) they will somehow sneak cans of gasoline into California to keep using gas cars. The state government will have to get dictatorial in stopping cars on the road and hauling them off because they are gas powered. Those cases should be fun watching in the Supreme Court.

Why do they want to crunch Gas Stations?

But the bottom line here is that Democrats supposedly ARE LISTENING to climate activists, but not to those affect by these extreme policies. Why? The science on global warming is just not there. In irony, this year will be an extremely cold winter. You cannot have this both ways. Either climate is what we have always known it is, it changes and sometimes radically from year to year, or there is global warming or global cooling. But you cannot define “climate crisis” as the weather varies. If the entire planet is warming and the glaciers are melting, then why are there years when things go back to extreme cold and the glaciers build up? Science is the explanation of things in our world putting down principles that are always the same, that explain why and when things happen, and explain the exceptions if there are any. None of what we hear today is explaining anything. They just assert without evidence.

A fire in California is not a sign of global warming but bad forest management by the state of California. Forest fires many times start from lightning strikes. This has happened way far back, even before humanity was spread out over California. California is still there through all of that. It did not “burn up”. In fact, fires clean out undergrowth from forests which is healthy. Some trees have cones that will not open and release their seeds until a very high temperature is reached that can only happen in a fire. They are “hard wired” into living with forest fires and cannot survive without them. So who is not listening to or taking into consideration the science.

Is it a smart move for the Democrat party to make war on oil? Aren’t all those high paid oil industry jobs people going to make war against the Democrat party in response to them? I am sure Pennsylvania oil workers are going to think twice before they vote Democrat. They have a very high paying job under Trump, and Trump left them alone. Then under Biden, they went broke, then Biden caused their retirement to go broke, and now they are thinking, “Do I vote Democrat and let these crazies keep on messing with my life?” I think they will vote Republican.