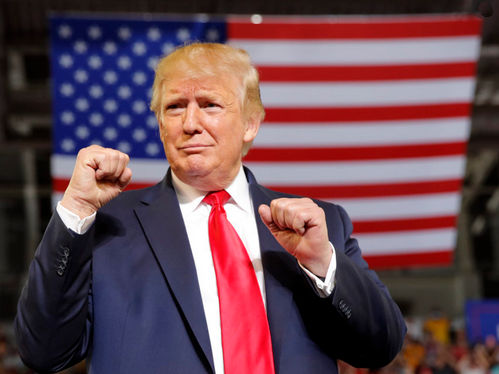 Complaints Trump will continue in Politics coming from the Democrats are truly hypocritical.

Where to start with this one? First of all, political actors continue even if they win the presidency. We see Bill Clinton lying under oath to Congress. Hillary Clinton breaking security by her bathroom server. None of this is suspect activity but proven activity. Yet these people continue to put their two cents into the political events of our day.

Of course he will continue in politics. They (the Democratic controlled Congress) did him wrong. He is a billionaire going into politics. Do you think he would not spend his billions in getting even, or in righting the wrong done to him or in serving his country (America, not a Communist ideal of what they want to make America to be)?

So the prospect of a post Trump presidency is very probable. Question: Should he do it?

Yes. The shame of Democrat presidents and Congressman, and even Governors and lower politicians in now way prevents them from being fully involved in politics. Very rare is a Democrat that “steps down” over some scandalous thing he or she has done. The only time we see that is when some Democrat propaganda line is violated line abusing women. Even then, it is rare that even that can stop them from continuing. They don’t even have the decency to move to the other side of the country and keep a low profile. Right up there in the limelight continuing even though they have violated the law, decency, and congressional ethics.

There is a point here. In politics, you can oppose somebody, but you remain “civil” in your treatment of that person. The Democrats, especially Nancy Pelosi, Chuck Shummer, Adam Schiff, and Nadler have not done that, but have gone full fledged bananas. What goes around (you do to others) comes around (comes back to you another day). Now is the time for full pay back.

When Democratic individuals (true for Republicans and others also) violate this simply rule of being “civil”, there is a lot they bring on themselves. Let me just mention that Nancy Pelosi has been the most vocal against Trump, and simply put, what she has been screaming is not justified. Republicans do dumb things sometimes. Complaints against them can be legitimate. But to twist the facts, the law, and general respect for the President of the United States is not acceptable. It does not matter if you like him or not. It is disrespect for the office, and in the future your party will have somebody in that office, and you have shown disrespect and mistreated the person in that office, then expect the same to come back on you.

What Not being Civil causes

First and foremost, God is still on the throne and He will judge wrong doing. If that doesn’t instill fear in you then try messing with God and see how it goes for you. It won’t be good in the here and now, and in the afterlife, even worse.

Second, this activity is dirty. It is throwing mud as we used to say until it became the principle way the Democrats work now. But dirty politics have a tendency to be thrown back at you. I do not approve of cheating in elections, but since not all Republicans are Christians or are controlled by a God watching you frame of mind, people will use the same tactics against the Democrats next time around.

Third, it is hard to cheat and nobody know it. In school, those who cheat on a test simply do not know the material. Much more they do not dominate the material. If it is medicine for example, okay, you passed your exams, but later on, you will need to know and dominate that material, those principles. Then the day comes when you need to make decisions based on your domination of that material. You cannot do it. You make the wrong decisions, and then your actions come back to haunt you.

In politics, this is more difficult, but it still applies. Democrats have gotten a hold of power in states, in Congress, and in cities for years now. There is a very valid argument that pierces thrown a lot of other propaganda, in that, “you have controlled x Democratic city for forty years, and what have you done?” i.e. examine your record. Blacks have been ripped away from Democrats and follow Trump exactly on this argument. The Democrats (however they did it) were in control, and how did that turn out for people under their control? California cannot provide simple electricity and water to their people. The Democratic run California government has had decades of control, and they have charged the highest taxes in the nation. And California is a disaster in just about every area you look at. Those that they seem to be good in have a propaganda of lies of how good it is, but in a closer examination, that is no good either.