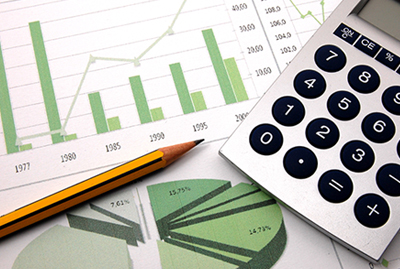 Towards a Fiscal Government Integrity is an opinion piece wishing that our government would make sound financial decisions in how they do things.

There should be a principle in everything that government does, and in general, what people do. This universal principle is that a person or entity does not take advantage of other people for their own personal benefit. To work is acceptable. Work is to take money and return something of equal value. A cobbler makes a pair of shoes and sells this pair of shoes for so much money. Both people are happy. But when a thief enters in the scene, and sells something that he convinces the other party is worth $100 dollars in his box, then he gets the $100 dollars, gives the “customer” an empty box and flees, then a crime has happened.

When we examine buying products and services, everybody would love to be rich and buy their most extreme delights. The truth of life is that a person only has a limited amount of funds, and then those limited funds restricts what that person can do, purchase, or enjoy. In other words, everybody has to live by some kind of budget. What goes out has to equal or be less than what comes in. With our government, this concept of a balanced budget has flown out the window a long time ago. We carry debt, and eventually we or our children will have to pay that debt and all the interest dragging along with it. Remember the principle above? Do not take unfair, illicit advantage of others? That is what we and our government are doing at present.

The Government is not a Producer of Goods and Services

Much to the contrary of what many people think, the government is not a producer of goods and services. They cannot generate any money whatsoever. Whatever money the control is all taxed from the people they supposedly serve. This additional principle should be clear. When the government gives away goods and services, somebody other than the government had to pay for that. Who? It is certainly not the government employees, nor the politicians, nor people from other countries. It is the American taxpayer. Unfortunately, the Democratic party (this is the basic theme of everything they do, we are the party of the give-aways). But Republican lawmakers are also to blame in this same problem.

Since the government handles other people’s money, the rule of government is that they should be stingy in giving away anything. In other words, we raise money for the most essential needs. In reality, public discussion and voting are the ways to permit these expenditures. Supposedly the House of Representatives holds this function of the people’s representatives voting on government spending. But when the crazies are in charge of the asylum, then anything goes.

What happens when spending goes wild?

Well, the way things are at present is that each politician represents some local group of people, and they want cut outs of the money spent sent directly to their home district. So for example, Joe Biden lobbied for the government to spend 100s of millions of dollars to invest in an electric car factory in his home state, and after spending all of that, they went belly up. Time after time, the same thing happens in the history of our country.

The question that every citizen needs to understand is that his taxes will go to pay for things that weren’t ever meant to be successful, they were designed to just transfer their money into a politicians area, for the economic benefit of his friends and supporters. Are you really okay with that? If not, then you should put pressure on your politicians not to get a cut for you, but to stop this craziness in the first place.

The government is not a venture Capitalist bank

The government has no business trying to invest in private businesses to make them work. In America, free enterprise should be what makes one business work or another one fail. When people exhibit industry, wisdom, and hard work, they should be blessed with income. To game the system is to kill the system for most people. This is what is happening. Business is burdened to death by government rules and legislation. They simply cannot work hard and make money. The government hinders that, and then taxes them to death after the fact. This is not to mention unfair competition, unions, and other similar people who wish to make money from other people’s good industry. Our government doesn’t seem to understand their function in fending off these wolves from the small businessman. While IBM, Google, Coca Cola, etc. have lawyers and lots of money to defend them, the small businessman doesn’t.

Government should have restricted roles

So what the government actually does, as far as activity and laws, should be reduced and focused on doing things to help the people of America to survive, or to make it better than they would make it if they weren’t protected. But this does not extend to paying them a salary, or giving them money for any reason. Americans are taught today to look to the Federal and State Governments for handouts on just about every thing. This creates dependency in the average person on big government which eventually will turn out to be outright slavery. (The Democrat Party was started as the party to defend slavery, and they are in the business of slavery ever since.)

Beyond this dependency, it ruins people and businesses. Your success or failure is due to your own industry or laziness, your wisdom or foolishness. While God commands and rewards people for their diligence, the government intervenes with taxpayer money to overrule this principle of God and reward laziness and foolishness. This is on our dollar. If we complain to our elected representatives we can stop this. We have to complain and not stop complaining until things are put in order.

So there are ways to bypass temporarily these problems of wanting to enjoy certain things and not having sufficient money in your possession to buy them. In governments, this comes out as printing money and causing inflation. When a government devalues its currency by printing more than is removed from circulation for wear and tear will cause a general lowering of the value of all that money. It is how the government can tax and take money even if you put it in hard cash under your mattress. You collect $100,000 and put it under your mattress for 30 years. But the government by using inflation, they devalue the true value of that money over time. In 30 years, it may only buy half of what it could if spent at the beginning.

When a young person starts working, he desires all kinds of bright and shiny new things. But his salary doesn’t lend itself to more than rent, food, and the basics, he is discouraged. Then a bank sends him a credit card and he buys everything he could want. But the monthly payments start. Strapped for cash again, and a new credit card shows up in the mail. This is how a young person goes bankrupt at an early age.

Governments do the same by issuing treasury certificates. When we are trustworthy to pay these days and be fiscally responsible, other nations buy these certificates. That is only if we pay our debts as should be. If and when the tipping point comes where the US has problems paying off these debt notes. Then nobody wants them any more. Because they are untrustworthy, and everybody who has them dumps them, and the US goes broke.

We should demand a balanced budget and reduced spending in order to work Towards a Fiscal Government Integrity. Our government spends millions of dollars on things like studies on snails in some valley. Do we really need to be spending money on that kind of thing? Why did we do it in the first place? The answer lies in politicians. That was a payback to some politician, a university in his home district, for some reason. It was a transfer of money like a bribe.