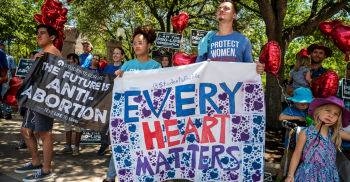 Roe versus Wade a Bad Judgment is a review about Abortion law, Roe versus Wade, and how that law does not have a sound legal underpinning.

The Reason Why People get an Abortion

If we analyze the real reasons people get an abortion, it will help clarify in our minds some things in this debate. First of all, you cannot presume to have just and fair laws without morality entering into your thinking, guiding, limiting, excusing or obligating certain elements. So to just “throw out morality” leaves us with an immoral society which is a great big bad problem. If killing a baby is okay, then how about killing you? Is that bad? Yes you would answer. And so we go down a narcissistic road of explanations why nobody should mess with me, but it is not the same thing if I mess with what will become a citizen when it is born if left unhindered in its growth within the mother.

When you examine what happens with couples (married or not, just a male and a female), their sex lives often produce a baby. It is frankly surprising how much some couples want a baby for themselves to start a family, and how hard it seems to do that. On the other hand, we find couples that engage in sexual activity but for entertainment, and they DO NOT WANT A BABY, and thus they use abortion and contraceptives to prevent that.

But even with the ones that get pregnant, many desired pregnancies end in a miscarriage. That is “normal” though mostly not desired.

But abortion has been sold as a solution to carefree sex. Sex outside of marriage many times causes a pregnancy, and an abort is how people fix this. Also another well pushed solution is contraceptive methods taught to young people and even to children. Since all of this fixates on sex, if it doesn’t do anything else, it does impose those sexual thoughts on very young impressionable minds. Why do middle school children need to know sex education? Statistically, young males and females don’t begin to show interest in the opposite sex until high school. So our educators would seem to be jumping the gun here.

Would you discern that it is incorrect, illegal, for a man to break into a couple’s house and kill their little children? How about their babies? Yes, that would be a horrible crime. But the legal point in this is that indefensible babies have rights to protection, and legal recourse (their parents acting for them) to gain legal force against such a killer. If that killer was an estranged father or estranged mother that had a judge in a family court prohibit that parent from access to the children, you would probably again agree that that is the legal system defending those who are indefensible.

So the question comes up, when does a person become a person? Additionally, these “people” are American citizens, so when does the US government (through their legal system) activate and come to defend the rights of these “little indefensible citizens?” (And why at that point?) So under the current thinking since Roe versus Wade, a “person” becomes a person not when they are conceived but when they are born. Why? That baby has no rights as a citizen to protection from those that would kill it until it is born? Why? If we can legislate protection for turtle eggs, why cannot we see the exactly same thing with unborn children?

As the pro-choice legal scholar John Hart Ely noted a few months after the decision was handed down, Roe was indefensible in every conceivable way that a Supreme Court decision could be indefensible.

It’s My Body, My Choice

The principle behind this defense of abortion is that supposedly every person has the right to do whatever they want to do with their own body. But let’s examine this a bit. If a person desires to get drunk, that is their own business, correct? But if a woman gets drunk and gets behind the steering wheel of a car and goes out on the road you use, does her right to do that go unhindered, or does government, the judicial part, the police, have a duty and obligation to stop her? Your rights seem to be limited as far as doing anything you want to do.

In the era of Covid, many people are saying that they have the right and authority to control what substances are being put into their body. Yes the cry from the left is that they do not have that right nor authority to control it. So how does that square with abortion? You cannot selectively say this right over your own body is unilateral for everything and then deny people those rights if what they are doing doesn’t suit you. That is exactly the argument in abortion, from a moral position, they are murdering their baby.

Let’s sidetrack for a moment. Morality only exists under the concept of God. God who created us also holds us accountable. God gives life, God takes life. Nobody is greater than God in this, and nobody can judge God. I feel for those couples who had a miscarriage. But in the end, God is who caused the miscarriage (presuming that the couple didn’t cause it to happen). So our discussion excludes any death of any infant or unborn that was out of the control of the parents or others. We are only talking about deliberate abortions.

Did you know that committing suicide is against the law? The reason for that is because many people try and fail. As a social support system, the EMS services, police, ambulances, hospitals, etc. all come into play when somebody tries to commit suicide and fail. Many of those also come into action when a person succeeds at committing suicide.

So the legal system has judged (rightly so) that you cannot take your own life. If you try, or even talk about that, you will most probably end up under some kind of psychiatric care or in a mental hospital that will prevent you from succeeding at that suicide desire.

There is a very strong connection between abortion and suicide, because many women that have abortions live with guilt for all the rest of their lives, and have thoughts of suicide. An abortion pushes the woman to think about killing herself. Although in many cases of single women becoming pregnant there are difficult times if the woman keeps her baby, there are no lesser consequences if she aborts it.

A Protected Right to Murder Somebody

What Roe versus Wade has done is to make a super-protected right for a mother to kill her baby. If this were the grandparents (the mother’s mother) wanting the life of the baby when the mother didn’t want an abortion, how would that seem? Fair or unfair? Legal or illegal? Roe protects the mother’s rights over her child.

When the child is born, and during the growing up process, does this same principle continue? If the mother or father wants to beat the child, does government, fairness, and justice enter in to interfere with what the parents are doing to “the parent’s child”? In our day and age, the government takes a position that children are the property of the government, not the parents. So how does this check with abortion? I hold that God gives the rights and authority over children to the parents alone, and God will hold them accountable for their actions. God doesn’t concede that a parent can abort or murder their child.

In the Bible, the Old Testament comments on religions like Chemesh and Molech. These religions were horrible in God’s eyes, and the Bible attitude towards them is that they were abominations in the sight of God. God ordered the destruction of these countries who permitted such a religious activity to reign unchecked in their society.

The practice was to be punished by the death of the parents. People who murdered their own children were so antithetical to God and his true love that they were cut off or separated from Israel and salvation.

The Supreme Court and the new Texas Anti-abortion Law

While this would seem to go against Roe versus Wade, all it does is legally open third parties to sue the providers (or those that aid and abet) of abortion. Doing things this way makes the law very difficult to fight.

The Democrat response to Texas’ law is to codify Roe versus Wade into law. It is not. The Supreme Court years ago ruled in favor of it. Being an actual law is something else. First, if Democrats can make it into a law, why cannot Republicans make abortion illegal? Second, over the many years since Roe versus Wade, the Democrats have had control of Congress such that they could have made it into law at various points in history, and they didn’t. Why? Because they know that it is a very much uphill fight for them to do so. Public opinion would crush their politicians if they were to try that.

“When we go back to Washington, we will be putting Roe v. Wade codification on the floor of the House, to make sure that women everywhere have access to the reproductive health that they need,” Pelosi said in a news conference. (foxnews.com)

Since when is health and murdering an unborn baby equated? Since when are they the same? The Pelosi woman needs to be removed from any position of governing or influence.