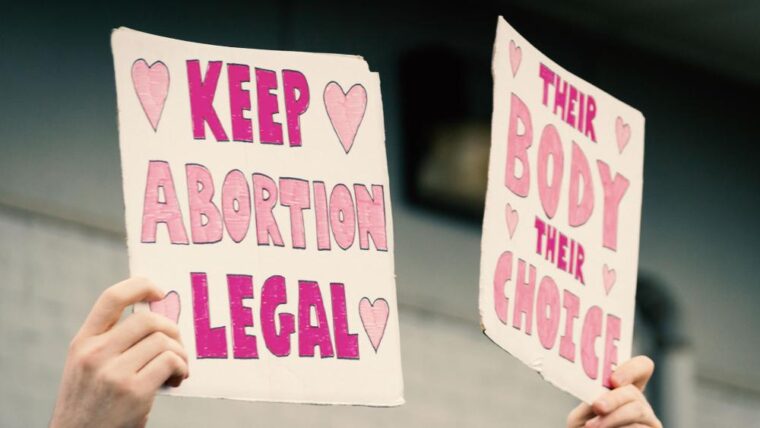 Abortion: A Difficult Decision is a post about the difficulty of making the abortion decision, and that in and of itself means that it is wrong to have an abortion.

Let’s be clear about abortion. It terminates the life of the baby. Many, many women get pregnant and for some reason, the baby dies still in the womb, and the woman’s body throws the dead baby out of the womb. The new life of that new person has ended before it began. But when a woman takes the initiative and terminates voluntarily that life, she has made a moral decision; she is terminating its life.

Its my Body. I can do with it what I want.

There is a very definite line between the mother’s body and her child’s body. Yes, the mother can do what she wants WITH HER OWN BODY. But once she is pregnant, that baby has its rights also. Just as the example says, you are free to swing your arms all you want, but the moment that your hand hits another person, your rights have ended and the other person’s rights begin. That is why there is so much argument about the baby isn’t a person until a year or so after it is born. Why?

It is truly galling that the same locos who insist that babies are not people until some time after birth, and now that they are pushing that an abortion is still okay even months after birth, they want to extend that to a year post birth, and turtle eggs. I have never tried them, but some people say that turtle eggs are delicious in cooking. You can go to jail for killing turtle eggs (eating them), but not for killing a baby. Why?

Turtles are important, but humans are not.  That is the thinking here.

Have you ever reflected on all of this? The same crowd that demands “abortion rights” also want euthanasia (the killing of old people or the seriously ill). So on both ends of this, the newborns and the elderly, they want to establish the right to kill. The next step in the abortion fight is the abortion decision needs to be made, NOT BY THE MOTHER, but by the government appointed doctor. That is coming.

If we reflect on what we protect and what we make a law that can lose its life, it shows the disdain of the left towards the sanctity of life. The life of a child is a precious thing, and that goes true the same in the womb.