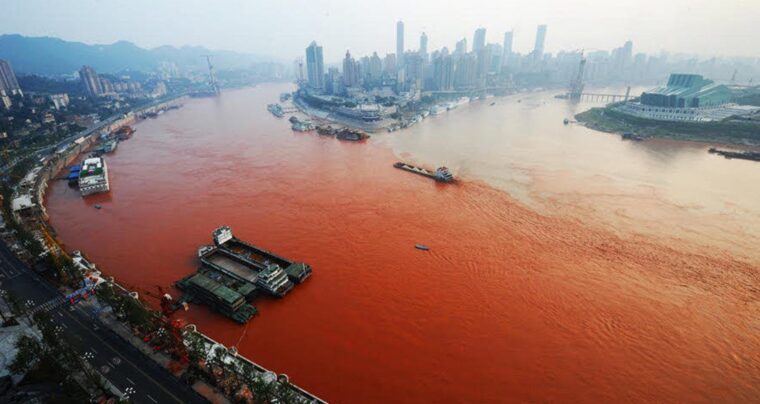 Why do we allow China? Is an editorial on why we trade and have interchange with China if we are so “earth good” centered and China is so anti-earth (world’s greatest polluter)?

For the Sake of Argument

Let’s put aside for one moment the point that global warming is not real, that it is not true. IF IT WERE TRUE, now let’s analyze things for a moment.

Biden and the Democrats are Pro-China

Does anybody remember the loan of 1.5 billion dollars that China made to Hunter Biden? This is a loan which they never have to pay back (except if they become anti-China of course). But the Biden crime family has made a lot of its money from dealing with China.

Even within the Congress, Biden has removed tariffs on China. Even the Republicans like Rhino Mitch McConnell have married into the daughter of a major Communist Party member. So everybody is kissy poo good with China.

Watch this video of China Uncensored by Chris Chappell

Summary from the video

So What is China’s Position on Pollution?

If you think that they are for cleaning up pollution, then you are not thinking. Very simply put, China pollutes more than any other country on the face of the earth. What’s more, the Chinese government brazenly is oblivious to what they are doing, (or they just don’t care).

This treatment of China versus United States energy producers is extremely hypocritical. Joe Biden launched a “war on energy” his first day in office. But that war was not against what oil would do to the environment. His war was against United States companies and interests in the oil section, in the energy sector.

If you study oil refineries for example, the United States has the strictest laws on producing energy products. The US manufacturers have to abide by these laws, and the energy produced by the US people is the cleanest in the world. Other countries do not refine oil as much as in the United States. So why does Biden (and the Democrats) hand a free reign of oil production to countries like Venezuela, Russia, etc. who give us polluted oil when our own people on US soil do it so much cleaner? Are these “Greenies” really for the environment or are they doing what they do with ulterior motives?

It is completely crazy that China is buying Russia’s excess oil and gas (there is a world embargo against Russia for their oil and gas), but then China sells that same dirty energy to the United States. Why? Then Biden sells or gives oil from our strategic oil supply to China. That doesn’t make any sense at all. Whatever Biden is doing, it would apparently have a lot of “under the table” deals in it.

So why are the Greenies putting ANY pressure on China?

I would like to see people like Greta Thorburg to promote a band against anything Chinese, even Chinese food.

Now I am not against the Chinese people. I have briefly known some very nice Chinese restaurant owners back when I ate Chinese food regularly (that was pre-Covid by the way). But I simply am not going to spend my money giving it to anybody Chinese that I can identify.

All of this why? Because we “need China” because they are mining the majority of the rare earth materials for solar panels and lithium batteries for electric cars. Did I mention that China has enslaved the Muslims in their country? They are taking dissidents and organ harvesting while they are still alive.

Why do we allow China?