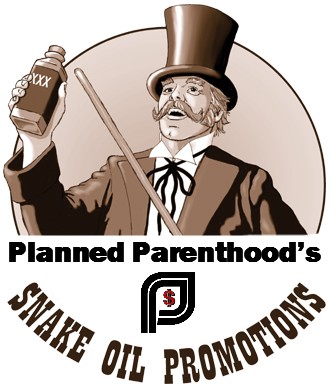 Planned Parenthood Markets Abortion Pill To 10-Year-Olds is commentary on an article about promoting abortion among 10 year olds.

So our society is so bad that now middle school girls need abortion pills? What’s worse is that Planned Parenthood is promoting abortion pills to these girls? “Planned parenthood” should be renamed as planned aborting of childrenhood.

When you expose sexual issues and people (like drag queens) to children, they become focused on sex of one kind or another. But God has not made their bodies nor their minds such as that they can contend with these urges. That is exactly why all sexual matters need to be reserved as themes and conversations until these children are more able to handle these issues. Really, puberty or a little before that is when this needs be presented to them.

In the end analysis, a woman (or girl) has to make decisions about her own life before having sex, and more importantly before ending the life of her baby. If you pressure girls into a more active sexual life, then they do not have the choice correctly presented to them. Have the baby and support it, or take its life. As a Christian, I would propose that all women and girls should keep their baby, and even if they cannot take care of it themselves, then they should put the baby up for adoption. But that choice is stolen from them if they are only 10 years old and find themselves pregnant. How can they support a baby at that age? What 10 year old girl is working a job and self-supporting? This is an evil trick on these girls.

It is probably impossible to do, but I would like to know how many of these under aged girls are pregnant by men that are much older than they are. As I understand it, an adult male that has any kind of sex you want to describe with an under aged girl is breaking the law. So since that is probably what is going on here, then this move by Planned Parenthood is just to cover these men’s crimes.

The video by Planned Parenthood advocates “self-managed abortion” by illegally getting medicines that will induce an abortion. Taking these kinds of medicines are very dangerous for anybody, but worse for children that probably will not decide if and when the time comes to take it all to a hospital because it could be life threatening to the mother. So this is just horrible medical advise, and it is atrocious that as a US taxpayer, we are funding this non-sense involuntarily through our taxes.

Besides that, this should be shut down completely. Where are the controls of government and doctors over this abuse? Abortion was supposedly peddled in years past to stop back alley abortions by people who were not doctors and had no sense of what is medically dangerous. Why isn’t it stopped now?