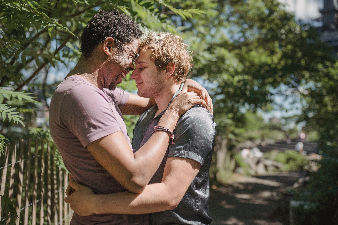 Let me just be frank. I didn’t expect much from anything related to CNN, but this is really something to ponder. These four presidents of Africa countries totally defend their countries laws against Homosexuality and transgenderism. Wow! The point that I took away from this is that they are much better than the United States on these subjects. Where is Christianity in America?

Why Doesn’t our President Defend the People?

You really need to mediate on the take-aways of this video. I have seen similar numbers about the US as these presidents quote. Homosexuals are in the single digits, and transgenders are about a fifth of even that number. We won’t go into those transgenders that have lived that way for a few years and are not regretting their decision greatly, trying to put their lives back together.

But the point is very important, the President should represent the majority of the people, and society and laws should be focused on order and stability, not extremes. Their position is to put homosexuals and trans in jail. So the United States is just not there. But why are these extreme positions of homosexuality and transgenderism being forced on people like parents who don’t believe in them, and the law is prosecuting the parents because their under age teenagers and children are wanting this extremism? The bottom line is that parents are responsible for their children and teens, so it should be whatever the parents say.

Moreover, I think that the family is what makes a country. Society is made up of family units. A “family” unit is a husband and wife with their children born to them, the man and woman being the parents. When you move to make the family some other thing, that is just going to bring society down to its knees as we are seeing in America.

Nobody out there that is doing serious clinical studies would say that a typical homosexual home, or a transgender “parented” home is normal. It is just not safe, not normal, and extremely disturbing emotionally and mentally. Homosexuals don’t have a norm of staying together for very long. So how can two homosexuals or two lesbians make a stable home life for a child? Moreover, homosexuality and transgenderism are chosen practices (they are not genetically coded into a person) that focus on sex. To say that preteens and teens should be focused on sex is really difficult for any normal person to accept. Except of course people who are devoted to a highly oversexualized lifestyle themselves.

But what we are seeing is our society being destroyed by these extremes of sexualized conduct. I think the point is very salient that homosexuality is a chosen lifestyle that has no connection with a personal’s genetic makeup. That being the case, when it is a self destructive conduct, it should be regulated out of existence. Governments should defend the majority of its citizens, and beyond the majority, they should seek to promote what builds the nation and attack what destroys their nation. How can these African presidents get this, and their people also “get it” as a nation, but the United States is totally clueless?