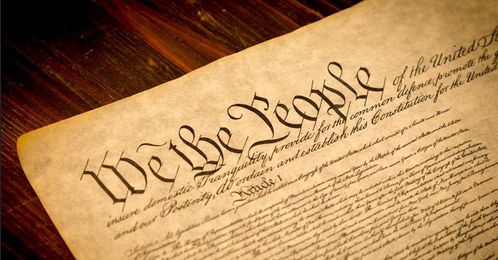 Constitution Overview is an overview of how our Constitution should be related to political and legal activity in our country.

Let me start by saying that the United States is very unique as countries come and go in history. There are great aspects of our country. Our country upholds the rights and equality of individuals including women, children, and minority groups. But this is not really its focus, but rather the upholding of these things for every single person. The Constitution was written by some really smart and insightful men that well thought out these things.

About the Context of the American Constitution

America came into being after many people suffered under the controlling and uneven hand of English royalty. The entire context of where the first Americans colonists came from is from a country based on elitist, royalty, and a political system in England were the favorites of the elitists were benefited by the laws, and those out of favor with those elites were treated poorly.

The founders of our country sought out a political system where this would not happen, and the laws and Constitution of America were designed to refuse this from happening in the United States. Unfortunately, today, this is exactly what we are ending up with.

The Guiding Principles of America’s Foundation

Some of the guiding principles and key components of America’s foundation are this concept of justice, fairness, and equality. We cannot begin to understand how these principles play a part in our government without first understanding that all of these things came from the Bible. These concepts are the outworking of the Old Testament civil government concepts.

You cannot understand American politics and law without beginning at the beginning and that is with God. God exists. God created. God controls. God will judge justly and fairly. God will right the wrongs. God will punish the evil doer. God will restore those that have loses. God commands and directs us in our daily affairs. God sees each person as being equal. Man is exceedingly sinful, and this nature must be reprimanded, controlled by laws, and punished.

Once you accept these concepts as foundational of our country, then the laws and workings of our government become a very clear outworking of these foundational concepts.

There is a movement about which wishes to remove all mention and consideration of God from our country, and especially from our government and how it works. This is wrong. In the first place, just about all of the founding fathers of America were believers in God and were under the idea that all must submit to God and God´s rules and laws. Americas laws and government only can function correctly and well if America listens to God.

The founding father´s considerations were not to exclude God, but was a direct result of England´s legal system gave extraordinary place to the Anglican church. Those of slightly differing views or even greatly differing views were repressed in their religious beliefs. America´s founding fathers did not want the government to repress religions, nor their beliefs nor their practices. Each religious group has a right under the Constitution to believe and practice the outworking of those beliefs as much as they desire until some other right is infringed upon. For example, we can pray as an outworking of our belief. But if a religious group would want to abuse children, kill or torture people, or in any way actually harm their members, then the government would not allow that. An overarching religious respect of God has to be held and practiced before individual beliefs and practices.

This overarching belief is that each citizen must respect the persons of others, and their rights. While you can differ with the beliefs and practices of other people, you cannot harm them. Their is a healthy respect for all that is underlying everything in our government. Likewise, you can do what you want in a public park, but you cannot do anything that would harm others, nor harm the park. You must respect even though you are allowed to use it. You can drive down a highway all you want, following the laws of transit, but you cannot plow up a paved road. Use of a public service has to be guided by this respect principle.

Likewise as in the Old Testament law, you cannot leave things around your house or your business that could greatly harm others. If you have a bull, he has to be in a corral so as not to gore other people. You have a house, it has to have a wall on the roof so people don´t fall off of it if they visit you and go up there.

This boils down to a respect of others and physical property of individuals, groups, and the general public (government owned and operated places) such that you cannot do damage to any of that.

The Imposition of Civil Laws

In the old days, the “wild west” before the OT laws were given, the rule was simple. Might makes right. If you were violent and strong enough, then you had your way. God would still overrule and judge people, but the laws of God were often forgotten. Violence was the solution to problems, imaged or real. With the imposition of God’s concepts of right, justice, and equality, this was changed. If you neighbor wronged you, you did not go and beat him up or kill him, you “went to law” against him. This appeal to the authority, judges who were fair and balanced, and they would see to it that each side of an argument or dispute had their fair say, and justice was done became a key component of a good world.

So for this to work, there are several elements that must exist and work correctly. First of all, there must be clear laws that guide people in their conduct. Within this great country, you can actually do anything you want to do, but a lot of stuff will get you in trouble with the law.

Secondly, there must an executive branch of government that will enforce the laws of the land. This actually is the president and those under him. This includes a standing army that will protect those laws from outside forces, and a police force to protect those laws in the interior.

In addition to these, there must some body that considers existing laws, and make new laws, and removes old laws that don’t work as they should. This would be the Congress.

Fourthly, there must be a judicial branch, the judges to hear the complaints of one person against another. IF we are “civilized” (not a society where force is wielded without consider of others rights) then there must be recourse for people who are wronged and their rights are alienated. These courts must be just and fair, not taking sides for reason of personal gain or profit.

Fifthly, there must be prisons or places of punishment. Even in punishing people who break the laws of our land, there must be justice, and their punishment should not be exceedingly cruel or unusual. Some would argue that any punishment or detention or restraint is wrong, but that is not so.

Within the concept of punishment, God declares that the man who willingly takes the life of another, that man should lose his own life by means of the civil authorities. Within this broad statement, there are exceptions. First of all, unwilling acts (as though there was no premeditated aggression or intent) that result in the loss of life are not punished with death, though they may be punished with lesser punishments. Also it is understood from the Old Testament context the God commands men and nations to defend their own rights and entity, and in an act of war, it is not sin or punishable to act on soldiers fighting for what their leaders say to fight for. God will judge harshly the leaders if they start wars for the wrong purposes. Within war, there is also a time that it is okay to kill, but as in the case of Saul, after the heat of battle, inflicting pain or death is an offense to God.

Lawmaking within the framework of the American Constitution

God intends for man to live under laws. While the laws of God carry the most authority, God also recognizes man’s right, within the framework of a nation, to make their own laws.

In the first level, the laws of God cannot be changed, removed, nor overwhelmed by foolishness. God sees taking another person’s life as a crime. Abort is exactly this. Man cannot this law. God also sees fornication and adultery as crimes. Those who violate the sanctity of the home (one man married to one woman, who have children, and the man leads and provides for his family, and the woman protects, nourishes, and guides her family to worship God) are acting against the laws of God.

Any law made by men (or women) has to abide by these overarching concepts of God. To allow, change, ignore, or encourage any infraction of these laws is to disobey God, and for this cause God judges entire nations, causing their punishment and even their total downfall. Many nations have risen and fallen in the past, and their decline and destruction is always linked to the deprivation or breaking the laws of God.

God commanded Israel, His nation, to defeat other neighboring countries in the Old Testament because of the sins of those people. There is no human right to exist as a nation if you do not honor and abide by the laws of God. This is the conclusion. God will overthrow one nation, giving its people and abundance to another because of that nation turning from God and his principles.

On a more local or nation level, individual laws must be examined and sometimes challenged and overthrown. The proper cause of this is when a law is not just and fair to all involved. The parties who wish to disobey God’s principles are not considered to carry so much weight in this matter. What people “should do” in obedience to God’s overarching principles is more heavily weighed that popularity, or what fringe groups want.

Our Bill of Rights

We need to understand that “government” per se does not have the authority to concede or remove the rights of any person. What America’s bill of rights does is simply declare what God has declared. All men are equal and have certain rights that government nor other men under the government can take away from them.