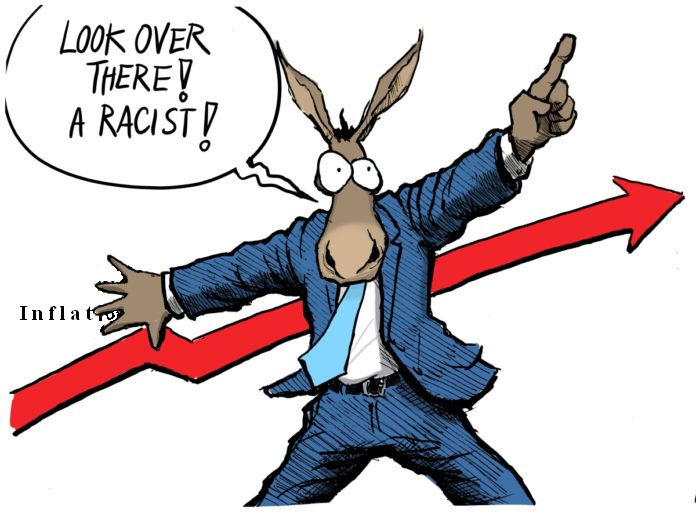 Democrat Tactics against Conservative Organizing is an observation about how Democrats are fighting the Trump Conservative movement. Are you tired if holding your breath? Will all this never end? What is going on?

An Overview of how things are

Just sit back for a moment and review what is going on. We are in the second year (actually Covid probably started in the summer of 2019) of a worldwide epidemic. Democrats have been taking over our colleges and universities, as well as controlling the news media and everything that sets any narrative (for or against them). They control all the Internet key social media in addition to the Main Stream News media.

Okay. So where did this Covid come from? Wuhan China. That is where it broke out. China refuses that narrative. But now we are seeing that instead of making a real vaccination against it, we have a faux vaccination that is proving ineffective. Donald Trump was president during this outbreak, and he had Fauci to counsel him through it. Now we find out that Fauci has approved the viral research complex very near the Covid breakout point. Fauci is one of those entrenched Democrat operatives that somehow are in their influence positions for life. How? ???

Is a Public Gathering a Super Spreader Event or Not?

It is interesting how this flips and flops back and forth. All the summer of 2020 during the BLM and Antifa riots, that was not a super spread event. But whenever the Republicans, Conservatives, or Trump supporters want to make a demonstration and show support for what they believe in, it seems that the police are ready to haul them off as terrorists. Okay, you don’t believe me? Those conservatives that attended the January 6 demonstration went to jail without any legal help for a long time, were put into solitary confinement, and even though they get their day in court (which the law cannot seem to find any clear law broken because lawful assembly is a Constitutional right) they are treated as terrorists. One man was released because they couldn’t find where he had broke the law, but when he attended a conservative assembly again, then he is returned to jail.

From the Democrat point of view, their main problem is conservative organizing events and points. These are typically Trump rallies, any demonstration against or for anything (like abortion, Joe Biden and the 2020 election, church events that pump up the conservative base, etc.). Churches have been shut down. Although there are services still be held via Internet, churches don’t typically “preach” in official sermons against anything political. That comes before and after these services, and with Internet services, any real “pumping up” before and after is severely restricted. Score one for the Nancy Pelosi on that one.

Another event that has been discouraged are informational things like the President’s daily press conference, and Biden speaking and taking questions. This hit Trump hard, and it is exactly what Nancy Pelosi wanted for Biden, for Biden not to talk. This also killed the conservative conventions and rallies. These are points where Republicans and Conservatives are building up against Democrats, and although they have logic on their side, the Dems don’t so they are killing these things without having to answer the conservative observations of reality, logic, and principles of the Constitution. Score another for Nancy.

The “Evil” Donald Trump did to America

Let’s examine why the Democrats hate Donald Trump. He is a forceful public speaker that is not much like a politician. We throw that up against Hillary Clinton and basement-closet Joe Biden, and apparently if this is the best that they can do as far as producing a candidate, they will never win anything every again. So Trump’s great sins are 1) he doesn’t hold the Democrat party line (well of course), 2) he is not a Rhino Republican like George W. Bush, selling out America by secretly working with the Democrats. 3) he is a popular speaker that gives an America frustrated with politicians a clean and honest view. 4) Donald Trump is a businessman, not a politician. 5) Trump speaks his mind, and tells the emperor he has no clothes, throw the light of truth and evidentiary studies on the policies of government.

So for these sins and doubtlessly other sins, Donald Trump is extremely evil. He had to go. America could not suffer a second term. Right. The stock market was going through the roof with gains. Business was abounding through out America. America was becoming independent from foreign powers. Blacks, women, minorities, etc. etc. were being employed, and their take home pay was growing more and more. All that without government handouts! That is another sin in the Democrats eyes that Trump did.

What is the point here?

Democrats have no logic, no reason for their policies and positions any more. Before, they had poor logic and reason, but they have moved even further left, and now they cannot even allow honest, open debate, nor study of how their policies have not worked in the past and are not in other countries. They are shutting down any kind of examination of what they are doing. Still don’t believe me? Obamacare started with a law that was extremely long and complex (the actual “book” wording that they were voting on in Congress), and their line then was, pass the law, and then you can read it all you want. So we do not examine something before passing it into law now? Absolutely under the Democrat administrations.

Any Conservative Assembly is a Political (sorry “Health”) Threat

As the general current among those even remotely interested in politics is constantly turning against Democrats, they do not even have demonstrations on their policy any more. They cannot define that policy (AOC extremists making the Democrats making a policy impossible because of internal differences within the Democrat party).

But Democrats do have riots galore.

We see the death of black people by policemen is a Democrat rally now. The concerns about it being a super spreader event are thrown out the window in these things, and while Democrats constantly complain about conservative events and now having masks, they never see the lack of masks in these riots. The rioters have their rights to destroy other people’s property, government (public) property.

But we see that this Covid epidemic will apparently never go away. But it is constantly the reason why conservatives cannot assemble to show their support for their heartfelt issues. But that will never bother the Democrats. Obama has his birthday parties, and Hollywood and Democrats descend on his house and nobody wears masks. Nancy goes to her parties with no mask! We understand that the Democrat upper crust (minorities are never in this group except if they are very rich and influential) are elites, and the rules do not apply to them. Donald Trump was pressing the rules against them. The Democrat moles in the Department of Justice, FBI and CIA, were being outed because in the end of things, they are Democrats not for American principles of blind justice for all. Don’t believe me again? What sentence did Hillary get for breaking the law with her email server? Yea.

Those not vaccinated are killing us! So under the Constitution of the United States, that which the Founders of America gave us, they set forth the principle that everybody is equal. As per the culture of their day, slaves existed. As time went alone, America within itself voted to give even the slave their full rights as Americans. Democrats in Congress voted 100% against giving slave their liberty, 100% against giving the former slaves (blacks mainly) the vote, and they also voted against giving women the vote.

So let’s focus for a minute, the Republican party pushed all of these civil rights issues through Congress to make them into the law of the land. After that, the Democrats responded by creating the Klu Klux Klan to intimidate these blacks. But the Democrats spun all of these facts (because you go to the congressional records and you will see how they voted), but they spun these facts to be the defender of the Blacks and minorities, the champion of women’s rights. Everything they did for these groups is eventually becoming clear what their plan is. They enslaved the blacks into a group that has to live by government handouts. While Democrats are very liberal and generous when dealing criminals in general, their laws are very cruel when it comes to blacks. They know they have to take the father figure out of the home to destroy it economically. This is the reason why they back gays and transgenders because they want to destroy the home as God has envisioned it. Women submissive to their husbands, husbands acting in the image of Christ.

Election Changes because of Covid

But once again we turn to Covid. Because of the importance of Covid (again, it is no super spreader event to riot, but to vote it is), the country modified its election laws. Throughout our history, the rule has been that changes or modifications to election laws is always done some time when there is no “heat of the election” when the changes can be honestly debated and reasonable and good policy can be made. Again, Democrats have lost the ability to think and reason, and they are just rebellious against the morality of God and against God Himself.

But the changes in the rules was an overturning of this principle of “no changes 1 year before the election”. What did it do? Again because of Covid, this was allowed.

How are we to deal with an epidemic?

Let’s turn for a moment to see how we (the United States) deal with an epidemic. Covid is not the first epidemic we have ever had. We can mention the Spanish flu 0f 1918-1920, and we even had one under Obama’s administration. Apparently back then they were not woke to know as wikipedia puts it, “The name “Spanish flu” is a misnomer,[6] rooted in historical othering of infectious disease origin, which is now avoided.” Yea. Nobody is at fault. Or if that doesn’t float, then the United States is at fault. Obama’s experience with H1N1 epidemic apparently gave the Democrats their game plan for Covid. Under an epidemic, anything goes. People will hold their breath until it is over.

For the first time in the history of the world, the health were quarantined. This basically brought the world of business to a halt. Why would any nation want this or implement this? Even when crises of health or otherwise, no nation would take this path. Democrats have a distinct position of seeing the government as having a self replacing pot of gold, and they keep their position of power by distributing that gold to their people. So this makes perfect sense in a Democrat mindset, but for businesses and even the nation’s own need of food, it is a very destructive path to go down.