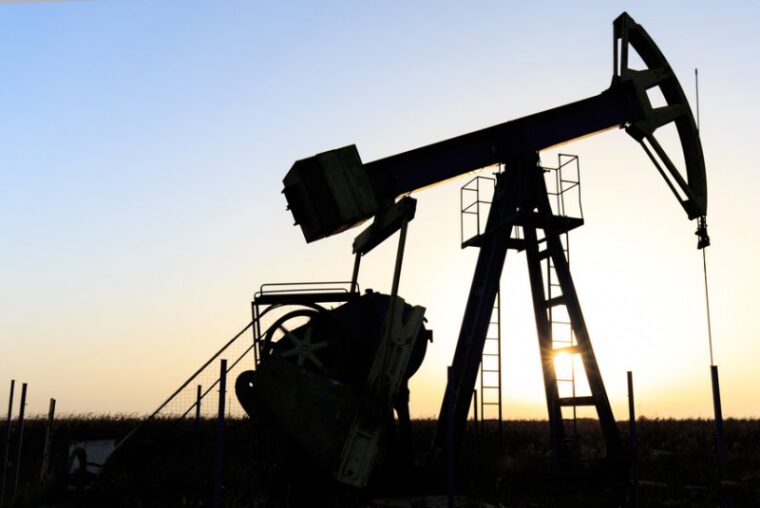 OPEC stiffs Joe Biden. In this article I explain why this is a really bad sign that the world does not respect Joe Biden and his presidency.

This is really bad news for the U.S. consumer of energy. But take full account of who this is. These are the individuals that drive to work, and those that drive in their work. But this also takes in all the businesses in the United States. They all consume energy, some more than others, but all do.

So this is a crisis really. But the article makes the point that this is a choice that our President has made for the country, for whatever motives or reasons he wants. But we are benefited or suffer from it. He decides, and we suffer in other words. This would be a different situation altogether if there was a vote on this policy, and the majority of the voters said yes. But even then, there have been wrong or bad laws made and the checks and balances of our governmental system has corrected these errors.

Although the price of oil has slipped back from recent highs, the factors behind high gasoline prices remain in place. Foremost among these is the steep decline in U.S. oil refinery capacity triggered when COVID lockdowns crushed demand but continued after the economy reopened. There has never been such a large fall in operable refinery capacity. Moreover, Gulf Coast refineries were operating at 97 percent of their operating capacity in June 2022. As Toomey remarks, “There isn’t any more blood to be squeezed out of this turnip.”

Toomey identifies five factors driving this decline in refinery capacity. EPA biofuel blending mandates impose crippling costs on smaller refineries. When conventional refineries are converted to processing biofuels, up to 90 percent of their capacity is lost. Biofuel mandates cost consumers far more than federal excise taxes. Toomey demonstrates that the Biden Administration’s claim that biofuel mandates protect consumers from oil-price volatility is totally false; biofuel prices, he writes, “are essentially indexed to the price of crude oil.” Biden could order the reversal of the EPA’s retroactive biofuel threshold rules. That he has not done so demonstrates that the administration isn’t serious about making energy affordable again. High prices for fossil fuel energy are an intended part of the plan.

Corporate and Wall Street ESG policies are another factor driving refinery closures, especially of facilities owned by European oil companies to meet punishing decarbonization targets that will effectively end up sunsetting them as oil companies.

1. The error can be corrected by reversing the law.

If politicians we wise enough, or if they just listened to the people hurting by their bad policies, they could reverse their bad policy. Unfortunately, some politicians want to impose their own will as what is best for the country even if it kills everybody involved. It would appear that is the mindset of our present politicians. They are just not listening.

The governing process has to have feedback BEFORE policy is made. Obama and Biden both make excessive illegitimate use of executive orders. If Biden would have made a request for Congress to stop the oil pipelines, for example, the Congress could do that. But the old process for this (which is how the founding fathers made our system) would mean that oil companies and consumers would have a few months of public comment, and the negative aspects of such a move could be analyzed and maybe avoided. If those negative aspects could not be avoided, at least they could just table the policy until provisions could be made. For example, if things would not work under Biden’s policy, then wait 2 years and make the present oil reserve could be built up to a 100 times more than it was when Biden entered office, and then the policy tried. But doing it the way Biden did it, he political clout with the extreme Green wing of his party was more important that going slow. So we got this the first day of his presidency. History has to judge him harshly on that count. It was just foolish. No wisdom there whatsoever.

Forcing the United States to go to alternate energy sources is also another example of this. If things were analyzed before spending trillions and trillions of dollars on this, the point that we cannot store this kind of energy very effectively, and no matter how you treat this (with present technology), you still need gas or coal energy for when the wind doesn’t blow or when its dark and solar panels don’t work. Besides that point, the efficiency of solar and wind just doesn’t compare to oil, gas or coal. These points should be identified by Congressional investigations before upturning the country and our system. Instead of these extremely important investigations that are not happening, the Democrats think that investigating Trump and January 6 is a more important way to spend their official time in office.

These points show that these politicians are playing around with their own delusions rather than doing their jobs in Congress and in the presidency. For that misplay of this resources, they should be thrown out of office. Unfortunately, the voters are going to have to pay for this until their terms are up. It is much easier in a modern house or apartment to open the windows and not use air conditioning in the summer months than in the winter making some kind of fire inside a modern home. Most homes no longer have any means by which to heat it using firewood.

Which pollutes more? LP gas powering an electric grid or coal and firewood? This is the kind of forward thinking that should have been done before Biden started making bold laws through executive orders.

2. The error can be corrected by the Supreme Court.

When a bad policy is made, many times it is infringing on the rights given to citizens in the constitution. California is bat crazy green. They are outlawing new houses that use gas. Horrors if it has a fire pit or functioning fireplace. Where in the Constitution does it give a state the right to legislate the kind of energy use that the homeowner wants? The right to life, liberty, and the pursuit of happiness would seem to contradict these California laws. The Supreme Court should rule on what California is doing and stop them in their tracks.

When we consider the Supreme Court, the Democrats want justices that are just as liberal and crazy as they are. They do not follow the Constitution but constantly seek how they can deny it, redefine it, and change it.

3. The error can be corrected by overturning the elected officials that made the bad policy.

It would seem this is what is going to happen with Biden’s war against energy independence. President Trump handed Biden the country as an energy independent country that was producing enough energy to export it. Now we have to beg Communist regimes to sell us oil.

The point with the Saudis is even more acute than what most would think. Because Biden is in talks with Iran, Saudi Arabia’s enemy, and it would seem as though Biden is giving Iran the green light to make nuclear weapons to use against Israel, but also against their Arab neighbors that they don’t like (e.g. Saudi Arabia), this is a major point to make the Saudis upset with the U.S., specifically with Biden.

This is so ridiculous. The Democrats have tried and tried again, and they just won’t give up the point that Trump somehow (no evidence of how, which means you cannot do anything if there is no clear definition with evidence of how) influenced the 2016 election by using the Russians.

Now Biden does exactly that very same thing with the Saudis, but nobody sees anything wrong with this. This is not political interference by using a foreign power. Even Joe Biden causally makes this clear as to what he was trying to do. Then the issue with Hunter Biden, and Vice President Joe Biden threatening Ukraine if they didn’t get their prosecutor off of Hunter’s case, that Joe would stop a billion dollars in US aid flowing to the Ukraine. Isn’t that just against U.S. law? Why do they charge Trump with this, when they have no hard evidence of him doing that, but Hunter and Biden do the same thing, and everybody ignores their wrongdoing. Now Biden is turning against Saudi Arabia, and is going on a personal vendetta against them, using the United States as his weapon.

What all this really means

Even the point that Putin started a war of expansion against Ukraine enters here. The world just does not respect Joe Biden. Fine. But he is our president, and as such, we suffer or are benefited by his actions. Putin is not hurting Joe Biden, Putin is hurting the United States. Putin is also hurting Europe. This situation is directly linked to Biden’s horrible ineptitude at governing. We see him as having problems navigating even getting off of a stage, much less can he lead the world. Bad actors start bad actions when the only person to stop them is engulfed with an old, feeble man who is the example of weakness and stupid.

For Joe Biden, there is no help. He is feeble minded, and he shows no strong character. He feigns being bold and strong, but nobody believes these weak attempts at appearing strong. We will suffer much before this is all over. We have to lay the blame for all of this at the feet of Joe Biden first of all, his handlers and the leaders of the Democrat party second of all, and those voters who made this happen, or the election officials and state officials who just went along with the election steal of 2016. This is what you wanted, so put up with it.

Just remember, we have no problem with oil. There is plenty of oil under our feet. The problem we have is a policy decision that President Biden made without consulting anybody except weirdo greenies in his party. It can be reversed at any time Biden deems prudent. But Biden doesn’t think it is prudent that Americans have energy to heat their homes this winter. That is the point here. And some people still vote for Biden and the Democrats. They are equally to blame for those who freeze to death this winter.