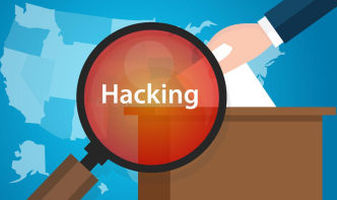 Another Election More Fraud is a reflection on how election fraud is either the truth or in itself breaking the laws for denying the election results.

The rhetoric is getting down right obnoxious. In the 2020 presidential election, somehow a candidate won the office of president while campaigning from his basement. Trump rallies had 100s of thousands in attendance that waited in rain and snow overnight to get in, and Biden’s rallies had at least half a dozen attendees. What gives?

The modems, which send vote data from precincts to central offices using cellphone networks, help election officials satisfy the public’s demand for rapid results. But putting any networking connection on an election system opens up new ways to attack it that don’t require physical access to machines, and security experts say the risks aren’t worth the rewards.

“You’re counting on a bunch of infrastructures to deliver data back and forth, and it’s well within the capabilities of nation-state hackers to break into that infrastructure,” said Dan Wallach, a Rice University computer science professor who has repeatedly exposed flaws in election equipment. (from the article cited above, in Politico)

So there is or there isn’t election fraud? It all depends on if claiming it is convenient for the narrative the Democrats want at the time. That is the wind that blows this from one extreme to another. Why doesn’t the mainstream media cry foul if the Democrats win? Answer. Because the Main Stream Media is now the propaganda arm of the Democrat party.

Since with all the muck that is being thrown around these days as problems and solutions, how about a novel idea. We have a single election day, and only votes cast that day in person are counted. If you want your vote counted, show up that day. Clean the voter registrars so that there are not people enrolled in various rolls. Do like they do in third world countries, use indelible ink, and dip your right index finger into it, and it will wash off in a week. If a person has ink on their finger, they are not allowed to vote.

Moreover, just use paper ballots, and physically count them at the end of the day with witnesses present. Post the tally on the door of the polling place and take the tally back to local election headquarters.

These simple steps will ensure that most of election fraud is eliminated. But “we” really don’t want something simple and honest. We want something that will allow the Democrats to win even though they don’t get the majority of votes.

Moreover, this reveals a real deep error in Democrat politics. They can’t debate because logic and facts get in their way and give the debate to the Republicans. Once you get that in your head, you will see that the Democrats are finished. So their only option to stay in power is cheating, and that they are doing excessively.

Consider on another Note

IF, and I am saying that it might not be, but just if the voting machines are rigged then what does that do to Democrat votes? Have you considered… when a voting machine is rigged to a formula, say every 57 votes are set to a Democrat candidate (Biden for example) and the next 43 are set to go to a Republican candidate, (say Trump for example), what if a Democrat voter comes to the machine but all the 57 votes have been registered for Biden are in the machine, so even if you vote for Biden at that point, the algorithm is set to force the actual vote registered to Trump at that point. How do you as a Democrat voter voting for Biden feel that maybe your vote went to Trump? Rigging the voting machines is unfair to EVERYBODY!

Now consider that these machines had their results stored on the Internet the night of the election, and these websites where they were stored on were in China. China has a lot of ownership of the companies that make these voting machines. So not only do you as a Democrat voter have your vote manipulated in a way that you didn’t want, now some foreign Chinese people actually manipulate the vote tallies before they are reported. How does that fit your mindset? Democrat or Republican, but our elections should be our elections, and other countries shouldn’t have control nor influence over them.