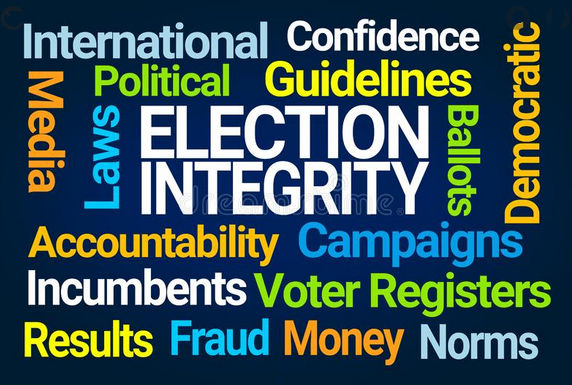 2020 Election Integrity – A Snapshot Showing Where We Stand is a conservative overview of what is going on and where we stand.

A recommendation to read by David Cox

Article III, section 2, of the Constitution states in relevant part, the Supreme Court “[J]udicial Power shall extend to all Cases, in Law and Equity . . . to Controversies between two or more states. . . .” (Emphasis added.)  Nevertheless, the Supreme Court has denied the Texas lawsuit challenging the election outcome in battleground states, asserting “lack of standing.”

The only thing missing from their judgment is courage. To say that this is a disappointment would be an understatement.

The issue of election fraud is not new. The Heritage Foundation’s database on this issue shows 1,302 “proven instances of voter fraud” as of this writing. In 2020, issues of the deceased voting, non-citizens voting, and 120% of registered voter participation in certain counties are just a few examples of election corruption.

There are times when the ruling classes show their hand. Remember when Rahm Emanuel said, “You never let a serious crisis go to waste. And what I mean by that, it’s an opportunity to do things you think you could not do before.”

Audit bottom line: Michigan’s election should not be certified.

It is incredible that such a travesty to justice would be allowed, but the Democrats have stirred such utter hatred towards Trump for all this time that it fits in their desperation to do even this. The real problem in all of this is simply that America has allowed the Democrats and liberals to work up this fury against conservatism, the Republicans and Trump. Their actions and words should not have been allowed. There is a standing rule in the Congress that one member cannot speak ill towards another member. I do not know how the President of the United States could be exempted from this same rule. Trump as well as the Democrats should be called to the carpet on their insults and name calling. That is out of place in a true Democracy. We respect those of other positions than what we hold, even though we don´t get along with them, we are peaceable with our words. Nothing today is like that.

Our voting system is not supposed to be internet accessible, but he (Col. Philip Waldron army intelligence office retired) has confirmed that it is. He has identified a dozen different ways these voting machines can be hacked… In his testimony, which is publicly available, he states, “The voting systems in the U.S. and in Pennsylvania were built to be manipulated.”… The colonel testified that he personally witnessed a data transfer from a Dominion machine to Frankfurt, Germany, on November 3rd . . . Election Day!

Links to articles on election fraud