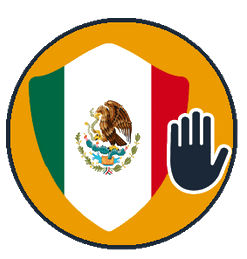 The Rule of Law

The first issue we have to discuss is the rule of Law. This principle means that our nation is governed by laws. Everybody, even the politicians and even the President of the United States are under the power of these laws and they must obey them or suffer consequences from breaking these laws.

The laws are made by Congress, nobody else. If a bad law is made, it can be brought before the Supreme Court and they can overturn either the law or uphold the law, but nobody can indiscriminately make or change or ignore the laws that exist.

Obama made a very poor precedent of using executive orders which is not law, but pretty close to it, to obligate federal employees to do his bidding, even though the same issues went to Congress and there was not a majority to write those Obama wishes into law. So to be turned down should immediately mean a sitting president cannot use executive privilege to do what he could not get Congress to approve. Pretty obvious, but that is exactly what Obama did.

What Federal Judge Kacsmaryk did

Kacsmaryk invoked the Administrative Procedure Act (read the article) to overturn Biden’s current activities as far as allowing illegal aliens into the country. Since there is a valid reason not to turn them lose into the US interior, 18% of asylum petitions are denied as being for economic reasons and not for valid persecution, so Trump’s law is worthy and should be upheld. Will Biden obey the federal court decision? Probably not. This should see the Supreme Court, but again, the principles are not hard to understand, and Biden is just wrong. He is ignoring the laws on immigration. So he should be embarrassed and desist, and if not, he should be impeached for not upholding the Constitution.

I call the hand of Democrats. They need to impreach Joe Biden, Kamala Harris, and Nancy Pelosi and Chuck Shummer equally. They are not enforcing the laws of the United States Congress nor the Constitution dealing with Immigration. While we have gone through a clown show in the United States for the last 5-6 years about how Donald Trump “broke the law”, nothing that they have accused Trump of doing stuck. Either Trump was not really involved in it, or it was not breaking any law. For as much effort that they have put into proving Trump was in collusion with Russia to win against Hillary, nothing could be proven, and moreover, even the accusations were not breaking any law.

Now here we see the Democrat president actually breaking the law constantly every day with his practices and policies, and Biden is causing federal employees (ICE) to break those same laws. They are placed in a situation where they cannot win. Either they break the law or they disobey their authorities over them.

If the Democrat party really wants to stop people from breaking the laws of our nation, then let them here take a stand and enforce the law and destitution through impeachment those who are promoting this law breaking. But we only hear crickets. Everything is fair game even though it is illegal in order for Democrats to stay in power. That is the bottom line we are realizing.

The image of liberty being blindfolded with a scale in her hand is no more. They are pressing down hard on the scales of justice to get their own way. Shame on you Joe Biden, Kamala Harris, Chuck Shummer, and Nancy Pelosi!

See my Editorials on Immigration