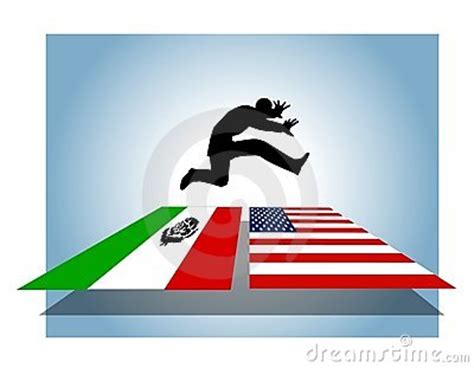 Why Illegal Immigration is Wrong is an explanation as a Christian why we are against illegal aliens entering and working illegally.

In today’s world, everything seems to be out of wack. I have read recently a proposition that we should all accept illegal immigrants with open arms, and the claim that it is not Christian to love the illegal immigrant. To go beyond the absurd, the article tried to say that Jesus was an illegal immigrant.

Jesus was NOT an illegal immigrant

People belong to the nation where they were born in. Natively, a country recognizes a person that is born in their country as belonging to them. Jesus is God. Being God, he is also the Creator of the world, and as owner, Creator and Sustainer of the world, he is not anywise “illegal” in any country. Beyond that important fact, we also recognize that the matter of immigration has changed greatly over the recent 100 years or so. Before that, most governments simply didn’t care much about immigrants, only providing boarder officials to stop an invading army. They were on the look out for what was coming into their country, but immigrants were not of much concern.

The Laws of the Land

Romans 13:1 Let every soul be subject unto the higher powers. For there is no power but of God: the powers that be are ordained of God.
Romans 13:2 Whosoever therefore resisteth the power, resisteth the ordinance of God: and they that resist shall receive to themselves damnation.
Romans 13:3 For rulers are not a terror to good works, but to the evil. Wilt thou then not be afraid of the power? do that which is good, and thou shalt have praise of the same:
Romans 13:4 For he is the minister of God to thee for good. But if thou do that which is evil, be afraid; for he beareth not the sword in vain: for he is the minister of God, a revenger to execute wrath upon him that doeth evil.
Romans 13:5 Wherefore ye must needs be subject, not only for wrath, but also for conscience sake.
Romans 13:6 For for this cause pay ye tribute also: for they are God’s ministers, attending continually upon this very thing.

Each country makes their own laws. These laws are for their internal order. God ordains this. This fact is in spite of whether you like the laws or not personally. Their is no legal nor biblical defense in breaking a law because you do no like the law or because it is inconvenient for you. At times, as a Christian, God orders us to do something, like preach Jesus Christ, and the government orders us to do the opposite. Then we as Christians obey God rather than man. But we happily suffer whatever punishment that government puts on us. In Acts, the Christians suffered gladly what the authorities did to them for their disobedience.

But the issue with immigration laws is very simple. They are the law of the land. Neither Americans nor non-Americans can disobey these laws and still have a good conscience towards God. Maybe something in the law is not the best it could be, and therefore we can change the law as laws are made and changed (through Congress and signed by our President). But until that happens, we still have to obey them.

So the moral obligation on a Christian is not to break the immigration laws. If a person believes himself or herself to be saved, and they cross into the United States illegally, or overstay their permitted time, or do things outside of their permit (work on a tourist visa), then they are sinning. There is no other way to understand this.

The United States offers legal entry into the country on the basis of a process. An immigration law basis. For example, for the reason of persecution in their country of origin, they may be granted entry into the United States. But notice that this is the law still. Immigrants entering on an asylum visa is legal. But that is not right as a Christian, if the lies about the persecution he was suffering, or they use it to enter temporarily and then work or do illegal things like overstay that permission or not follow through to get the complete thing.

Christians are not against immigration per se. A good Christian is against breaking the law. That is the difference here.

Understanding this in a Fairness Way

Immigrants seem to think that it would be absolutely correct if all Americans were to simply accept them with open arms, even if they are illegal immigrants and break our countries laws.

So if this illegal immigrant and his family were to buy or rent a house, get a job, and begin a normal life in the US, and then somebody was to come into that house and violate their rights, what would the reaction be? For example, you are watching TV with your family and some man you have never seem before comes in the window and opens the refrigerator and grabs something to eat or drink. What is a normal person’s reaction? He is wrong. He is invading my house, my rights, and a fight starts or they call the police. But what if people start coming into your house at supper time, and they sit down and grab the food on the table before you or your family can get it? Would not the response be that there are limits, and the fences around your house, and the walls and doors of your house are limits that nobody should violate unless you invite them in, and what they can do is limited by you? You have another family visiting your family, even one you know, and you go into your bedroom and the man is searching your room for money. Does this not violate your personal ownership rights? Friend or not, family or not, that is just wrong.

So as a country, we have borders, and they are there to mark and keep others out of our country. When an illegal crosses into the United States, and illegally works at a job, they are affecting every citizen. Even in the border towns where there are a lot of illegal aliens and a lot of naturalized citizens, those recently naturalized citizens don’t like illegals because they work for less wages that a citizen. This is a well established fact.

The Democrats are pandering to big business because these illegals are what big business wants, cheap labor. In many cases, the illegals work cleaning yards and houses so they don’t pay taxes either. Again breaking the laws of the land.

In areas where there is a lot of immigration (of all types) the school districts basically have to have bilingual teachers, or teachers in that language of the immigrants. Citizens that speak only English are at a disadvantage. They have to learn Spanish or whatever immigrant language because they will not understand everything otherwise.

Assimilation into the New Country

One of the issues in legal immigration is that if somebody wants to live in the United States as a legal citizen, then they should learn and adapt their ways to that of our country. The desire is to “be American” or overthrow America, which is it? What we see in areas like California is that there is very little desire of all the illegals to learn English. They don’t care to learn nor believe in America’s history. They try to rewrite true history with lies and falsehoods. Apparently some political parties are exactly involved in doing this.

The United States government has many programs of public assistance for people who are having economic problems. Laying aside the right or wrong of this, there are still laws involved. Laws involved with what this assistance can be used for, who gets it, how much they get, etc. Even among citizens these laws are in force. Some may go to jail for breaking these laws. It is not a free-for-all.

One of the laws that Congress made was that no government assistance would go to anybody who is not an American citizen. So again, what we see is that both the state of California (for example) and individual illegal aliens are not obeying the laws. California refuses to enforce that federal law. They are breaking the law of the land.

When we understand that there is only so much help that the government can give at any given time, it has to be spread among those who apply for it. As such, when you have 20 million illegals applying for it, that reduces what can be done for citizens. It is not prejudice to demand that the laws be followed. It is being ordered, and obedient to God.

Again, in our example of an illegal living and working in the US, the man works and provides his wife with enough money to buy food for the 4 of them, man and woman, and 2 children. If 10 people come in through the window and sit done with them and grab the food first, or even the woman gives the food equally to everybody, you and your kids will get very little.

The Democrat Idea of Borrowing from tomorrow

While the Democrat party has a history of pandering exactly to the illegals to get their vote, they use the idea that they can expand the debt, borrow money from tomorrow, and they can fund all their plans. The problem with this is the same as a young person entering the world of work, and he gets a credit card. Once it is full, he gets a second card and uses that to pay the first card, and goes on to a third card, fourth card, etc. Eventually he will end up bankrupt and in jail. You cannot ignore your income when spending money. Many people will get a loan to buy a car, but that is very different. It is not an “endless” loop of expanding credit. The Democrat party believes in an endless loop of expanding US debt.

But notice one thing here. Foreign born people often get legal citizenship. Once they do, they work legally in the US and pay their taxes. So they eventually probably will be disqualified from the government assistance programs that they used before. (The US law says that any naturalized citizen cannot apply for government assistance until they have been naturalized for 10 years but the way.) But eventually, all legal citizens are going to be paying taxes to the US government, and that is when this comes back to bite them. Their high taxes are to pay for lazy people on government assistance (another issue) and also illegals abusing the system.

Democrats have always assumed that all Hispanics will be Democrats. But unfortunately for the Democrats, many wake up when they see how much the government is taking out of their taxes, and they know this is for the Democrat programs that are essentially to convert people to vote Democrat. Maybe they like the Democrat party, but when it affects their paycheck, they will vote otherwise.

Why Illegal Immigration is Wrong