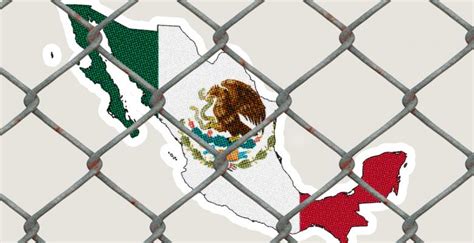 Introduction to Trumps Remain in Mexico Round Two

Okay, nobody likes people who gloat, but Trump had a lot of stuff together in his presidency. We need to go there first before we examine anything else.

Why? Biden is doing this because the border is getting out of hand so much that even dyed in the wool Democrats are not liking it any more. Unknown to Biden and the Democrat leadership, many Democrats apparently did not like all the illegal immigrants coming into the US. As long as you keep them locked up in California, the rest of the country didn’t seem to mind much. But when they invade everywhere, bringing Covid with them, gang violence, murders, etc, then it just is disagreeable.

So Biden is returning our immigration policies back to Trump’s way of doing things. Beyond the point of gloating (above), at some real level, they just worked.

Why is Biden doing this?

So we need to understand Biden and the Democrats. First of all, Democrats really hate immigrants. Don’t be fooled by their feigned attempts at “defending” the immigrant. If Joe Biden and the Democrat party really were for the immigrant influx, in them becoming US citizens, they would have done something about amnesty when they have total control of the White House and Congress. But the run in the mill Democrat Senator or Representative does want these people.

What they want are new people in the country (thus people from other countries) to vote for them. So the pattern is, open our great welfare system to all of them, open the door wide so all of them can come in and overwhelm the balance of Republican versus Democrat in many, many states and local situations. And then they must block these immigrants from getting any kind of citizenship. Why?

The reason is interesting. These people are coming from the worst countries, those where Communism is run a muck like in Venezuela and Cuba. So the last thing that they want in the US are these kinds of immigrants. So in Tijuana, everybody is given entrance. But Biden used the US Coast Guard to return Cubans back to their country of origin. Those in rafts in the open sea between Cuba and Key West never stepped on American soil. Why? Cubans hate the Communist bent of the Democrats and many of them, probably a majority vote Republican and are outspoken against Communism.

But why return to remain in Mexico?

The reason for this is that they have let in sufficient illegals to tip the balance of the 2022 elections (as they are thinking) and the last thing they want is for all of these immigrants to just take over the Democrat party.

By returning to Trump’s policy they get a two for one, because their own people who are souring on the illegals are “being heard” (not really), and they are solving a second problem. Trump has carried more and more Latins and it is probable that in 2022 if he runs, he will carry more than 50% of the Latin vote. Democrats hate that.

If Biden questions if a man is black or not, insulting him saying that he himself (the black person) doesn’t understand who he is IF HE VOTES REPUBLICAN. This tells us loads about Biden and the  thinking of Democrats.

In other words, the Democrat leadership think because of all the welfare and give-away programs that Democrats have pushed through Congress over the years that help blacks, every single black person has an obligation that he cannot deny to vote Democrat. Changing to another party is a dastardly betrayal of what the Democratic leadership thinks should be loyalty to them. Abuse within the welfare system, what it has done to the black nuclear family, what Democrats have done to pressure black men into prison, and the national debt, the rising taxes, etc. they don’t think black people can reason on those levels apparently.

But the Republic blacks are preaching the truth very loudly, and it is resonating within the black community. So if blacks are “betraying” the Democrats, and the Latins are betraying the Democrats, what are they to do? Get another ethnic community in the US to target as receiving welfare et al, and give them the vote. Thus the Afghan blunder by Biden, and subsequent invitation to all to come to the US to be citizens.

Trumps Remain in Mexico Round Two

See my Editorials on Immigration