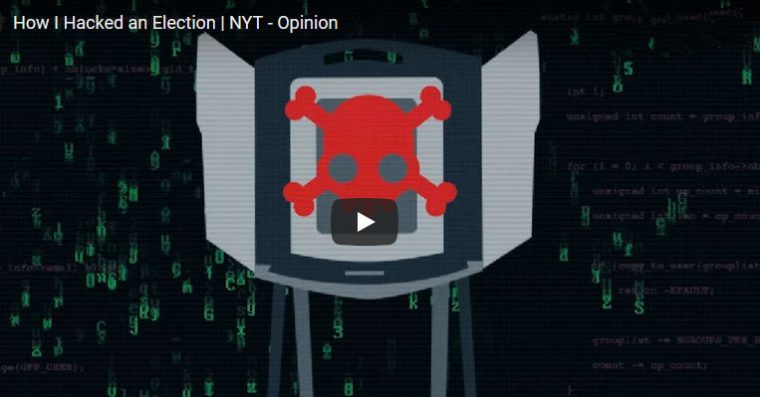 How to hack an Election Machine is a by a university professor. Very easy.