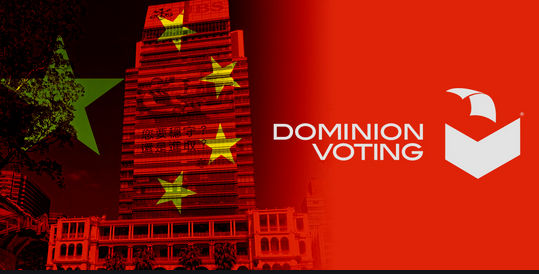 China owns DOMINION Voting machines, and controls all the officials who run the machines at every level of US government. You think they will give Trump a fair shake and not help out “their boy” Biden?

So my question is simply, why do we (America) allow one of our enemies to be the providers of our voting machines? Why cannot we make a law that the apparatus of doing an election be using voting machines that are 100% American made and sustained, free from any political party? Make the owners and investors of said company 50% Democrats and 50% Republicans. Is that so hard in order to keep our elections pure?

Dominion is owned by communist China, which also runs the tech giants, the left-wing media and most of the Democrats in Congress

A filing with the U.S. Securities and Exchange Commission (SEC) shows that UBS Securities LLC arranged a private placement of $400 million with Staple Street Capital III, L.P. on October 8, 2020.

Three of four board members of UBS Securities LLC are Chinese according to Bloomberg, at least one of whom appears to reside in Hong Kong.