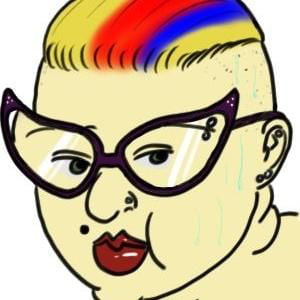 What do actors say matter? is an opinion piece on actors and actresses making declarations and telling the general public what is right and wrong morally in our country.

I grew up in the late 1960s and 1970s. I enjoyed the television, and like so many undiscerning parents, my parents let me sit in front of the boob tube for hours son end every day. But let’s examine what has happened since then, and analyze what the true is here.

First of all, what is an actor or actress? These are people who boldly as a profession present themselves as something that they simply are not. An actor takes a part in a movie as a mass killer. Is he really that? No. Then the next movie he might take he is the savior and redeemer of a nation. What is he really?

What he is is that he or she is a hypocrite. The concept of a hypocrite is a person who says or presents himself as one thing then he is really another, or something totally opposite. The Bible speaks very poorly of hypocrites, but even in Bible times, most people would not openly parade about that their profession is in lying about who they are.

So our background understanding, the backdrop to talking about actors and actresses is that they are not morally good people. Take actress A, any of them, and you say she presented herself as Joan of Arc, or some hero. You admire her because of that part she played in that movie. Why? The actress has nothing to do with Joan of Arc. She pretended she was that personage and nothing more. Anything morally good (or morally bad, the negative) you might pick up from a character in a movie has nothing to do with that actor’s or actress’ real character.

In fact, many movies have actors or actresses playing parts that in real life, they would lean toward these villains character in the actor’s or actress’ real life. So they are playing a part that they “identify with”.

It would seem to be obvious, but let me spell it out. To get a good moral take on something, you should go to a moral person. Morality is not some handle people put on themselves. Who would you listen to and trust more, your pastor of where you congregate on Sundays, or a Hollywood person who doesn’t care for religion?

Many young people confuse the fame of an actor with that same person having something important to say that would direct our lives. It gets worse when they take moral advice from that person.

As an example, take Jane Fonda. Please take her and get her out of the public view, please! Jane Fonda was active in the protests against the Vietnam war. Many younger people were doing the same at that time. They thought that the United States should not be in a war over there. Setting aside whether that was a valid assessment on their part for a minute, the point is protesting wasn’t enough for her. She actually went over to Vietnam and spent her time and energy in supporting the Communist regime in Vietnam.

In other words, morally, she supported an enemy state to the United States at the time, and she helped them greatly. They put her on the radio and in publicized events promoting Communism and attacking Capitalism and the United States, and she tried to demoralize the troops. I doubt you would find many a person serving the US military in Vietnam at that time that had a good concept of Jane Fonda. She is liberal and anti-United States.

Now that is not a moral person which anybody should follow her opinions or example. Jane Fonda presents herself as “guiding” a new generation. But she is guiding them into the pit of hell.

But my point is, that to allow these actors and actresses to morally guide us is a very danger and stupid act on our parts. Perhaps a 12 year old can in their ignorance admire and follow these people, but thinking adults should not.

Let me just inject something here. As an American citizen, you should support your nation. Whether you particularly like or dislike those in power at the moment or not, or whether you like a decision they have made, you should still support Capitalism and our democrat system. That system is what has provided you with a stable and blessed life. Whether you have riches or not, the system allows people through hard work to live very comfortably.

It is inherently hypocrisy to get rich and live well off of the blessings that Capitalism offers its people, and then attack and destroy that same system. This is what people like Jane Fonda have done and are doing. They are living off of Capitalism and all the while trying as hard as they can to destroy Capitalism.

Question: If Jane Fonda is so much in love with Communism, then why doesn’t she go to a Communist country to live and infect their television/movie culture with her bad influence? She doesn’t do that because they will not pay her enough. So her morally is cultivated around money and getting rich.

Why listen to actors and actresses?

So the question I wish to present is why give them any “ear”? I do not care what people who hate my country have to say in attacking it and tearing it down. I appreciate the system of our country. I do not see anything good in these TV and Hollywood personalities. They are not moral people. They do not have the moral “high ground” to be lecturing others on morally.

A key point here is that hypocrisy should cancel anybody that is trying to present themselves as on moral high ground. Somebody is charging $100 a seat for a lecture on how to quit smoking, and the lecturer comes in smoking a cigarette.  Immediately that person’s validity is destroyed, because what he supposedly has dominated, he has fallen again in front of everybody. Those people would be vindicated in asking for their money back. The man invalidated himself by his own hypocrisy.

So likewise are these actors and actresses that get rich off of Americans and the American system, and then they want to public rip the United States, the capitalist system, the democratic system in America. They hate America. Why would American citizens living freely, working good jobs and enjoying the benefits of Capitalism, support these people?

While the liberal left wants to cancel anybody that supports America, we need to cancel them back. Frankly, there is no reason to ever watch Jane Fonda in any venue. They make their riches that they use to destroy our good system by means of her viewers, those who watch her movies. If you watch one of her movies on TV, then the advertisers will know that you watched. Today, people use cable TV or TV on their phones and all of these things want to track every viewer of every program.

So what they call residuals go back to the movies studios, and they give some of that back to the actors or actresses. Albeit very small amounts, but multiplied by millions of viewers it is a steady income for them.

As a loyal American citizen living off of the benefits of capitalism, I have a growing list of actors and actresses that I just refuse to continue to watch the movie if these people are in it. That is how we vote against and cancel this hypocrites that want to destroy our nation.

Equally, I am against companies like Coca-Cola, that come out “woke” with all of that foolishness that just wants to destroy the American system. Note that Coca-Cola with their rules for their employees, “Don’t be white” goes in the face of me, a white man. The main thing is that this is against our nation’s constitution which guarantees equally of access to products and services, and also workplace employment.

Image if Coca-Cola was to order their employees, “Don’t be black.” The backlash against them from the black community would be tremendous, and rightly so. Consumers shouldn’t let companies get away with this. As such, stop buying their products. Note that as this thing develops, they may be against whites today, but if there is a significant amount of blacks that turn conservative and vote Republican, then they will turn against the blacks. In June 2021, there is a growing Black Republican group and also a growing Hispanic Republican group. Once the liberals and democrats are through using these groups, they will throw them under the bus and attack them also like the white people.