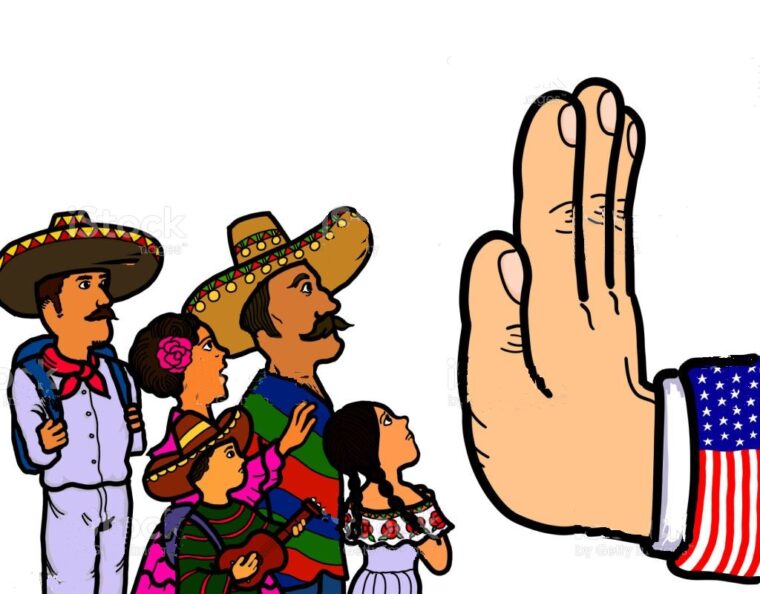 Fixing the Illegal Immigrant Problem is an opinion piece about this issue from somebody that has lived in Mexico for 35 years.

First off, let me say that I am a missionary pastor in Mexico, living here for 35 years. In my life here, I have deal with a lot of people in Mexico and I have known some of these that went to the United States illegally to live. (Also note that my wife is a Mexican citizen. We have always gone through legal channels to get her access into the United States. I am not saying one thing, and practicing another.)

The Truth of Life in Other Countries

Let me “let my hair down” on living conditions in Mexico. There are very few jobs here that pay well. Most of them will pay you for a very hard work day, some $10 U.S. dollars. The cost of living is lower than in the US, but that is still about the price of transportation to and from work, and a sub while at work, and something to drink. The best of the stores have a very poor selection of products, and go out of stock on occasion.

In Mexico, the fruits, vegetables and meats, are excellent. Comparable to what is in the US and that mostly year round. But depending on location, you might have really poor quality products in your area. Crime is always a concern. Police wanting a bride is always a problem. Even having a job is often subject to others trying to get you fired so they can move in or move up.

So to sum up, the United States is heaven, a paradise, in comparison to these third world countries.

So Kamala Harris thinks that she can fix this immigration problem somehow. Let’s examine why that is not going to happen. First of all, as long as the backdoor to the US is open, people will flood in. That is in large part the hype from those living in the US, both Americans, people from the third world countries talking it up back home and even Hollywood presenting favorable work/pleasure situations in movies.

Secondly, other countries do not want the US to meddle in their business. There is a political system in place in each of these countries. These political systems change from year to year by their people voting. There is the possibility of them becoming better through internal legal change, but they don’t because of the greediness of the politicians. I would note that those who flee to the US do not take serious steps to better the situation in their own country, they just want the easy out. Most of the people that I have know fleeing to the US to cross illegally and work in the US are not good workers. They may be way better than the lazy Americans, but they are not good workers. I know that because I see people in Mexico that make a lot of money legally and live well. It is possible with a lot of hard work. But that is not what these people want. They want luxury with little to no sweat on their part. Again the people crossing the border into the US illegally are motivated by greediness.

In that kind of situation, people will migrate to the US.

Thirdly, lazy people always want handouts. The Democrat Party stays in power by giving away other people’s money. So exactly why they can do this is a problem in America not outside of it. As America recovers from Covid, why is Kamala Harris running around South America with a sack of money wanting to give it away? Because that is how Democrats think. By subsidizing programs that will supposedly fix something but really doesn’t the Democrats get power which is the center thing that they want. Even if she does get money to these countries in the third world, it will fail.

All of these countries raise money through their tax system. But as in the United States, these monies are siphoned off by the politicians to their favorite causes which is ultimately going back into their own pockets by corruption. So Kamala, if the people’s tax money is not spent correctly (it is stolen by their own politicians) why will the US giving them more money be any different? Also Kamala, if they raise money through taxes for certain very needful purposes in these countries, and it gets diverted into building expensive luxury buildings for the government, why do you think US money would not fall under the same problem? In other words, if the US were to give 500 billion dollars to change the situation in Mexico and make it so Mexicans would be happy here, and all of that money never gets to the people on the street, your efforts are in vain. Actually the US has been giving large sums of money to Mexico over the years, and it hasn’t helped much. Why would more do anything different than what has already been given?

Even if it does get to the common mom and pop, people aren’t stupid. The mom stays in Mexico to collect that money and the pop crosses illegally into the US. You do not understand the motivations of people at all to be trying to solve life problems that are motivation based. Even if they were to get a good job in Mexico, it is not like all of their family members will also get good jobs. Mexicans dream of being in the US to get good jobs and the federal handouts.

If Biden were to shut down all illegals from receiving any kind of federal or state or city assistance programs, then the problem would be greatly done away with. These illegals are coming into the US thinking that they will live off of public assistance for the first half dozen years while they get a good job, and then still lie about their income/job status to keep getting those benefits. This is how this works.

Oh, wait! The Republicans did pass this kind of law. Democrat politicians ignore this law and still give money to illegals. They think that illegals vote Democrat so that is why they do it. The truth of the matter is that the way Democrats work in Congress and the states, make a magnet for lazy people in other countries want to come to the US legal or illegal. Crooks don’t follow the laws, nor do illegals.

The Truth of Immigration to the United States

If you read what Democrats and liberals say about immigration, they presume that it is a God given right for the rest of the world to move into our country legal or illegal if they have to do so. That is not true. They have no right. If you ask these Democrats (and they were truthful in the answers for once), and say the US was to open the US to some country like India, and 500 million Indians from India were to move to the US, start their own political party not aligned with Republicans nor Democrats, and they were to take over everything, how would they feel about that. Not too happy I would say.

But the control of the United States should stay in the hands of the people who have been here for generations. That is the price of admission. Legal entry, and then many, many years later, you can participate. What the Democrats want apparently is new Democrat voters that come in as a foreign national, and in 1 year, they are voting in national elections. This is ludicrous. Why would any nation accept this much less a major political party be pushing it? The reality of our present situation is that the Democrat party is losing its people, losing its power, and they are doing anything, legal or illegal to maintain their power.

If Kamala Harris and Joe Biden want to fix the illegal immigrant problem, they can go a long way towards that very easily. 1) Stop giving away money in federal assistance programs to illegals. 2) Obey the law that would prohibit any federal, state or city assistance money getting to illegals. 3) Reinstate Trumps Return to Mexico Policy on border apprehensions. 4) Make a requirement for any banking account ownership or bank transaction to have to show a legal entry and stay in the US. 5) Take away any possibility for a driver’s license unless they are a legal US resident. Enact a law that would mean immediate deportation if driving without a license or as an illegal immigrant. Make many check points for this on the roads. 6) Enforce the law that says all employees must be legal citizens or legally allowed to work in the US through that law that is on the books and ignored. 7) Require all businesses to prove that their owners are legal citizens. 8) Deny non-life threatening health services to illegals. Life threatening situations, serve them and help them, but then check their immigration status and deport them if they are illegals. (That is the job of ICE, let them fully do it according to the laws already on the books).

While this rules will make it hard to impossible for an illegal citizen to be active in the US, it will not solve as much as you might think. The Mexican drug cartels are active and in control of a lot in the US. An illegal wants to start a business in the US, the Cartel will do it for him for a price. The entire illegal immigrant problem hinges on criminal activity as it always has been. They transport illegals across our borders, many times making these illegals carry the Cartel’s drugs. The cartels work California sweat shops. They traffic in child labor, child slavery (on US soil), and prostitution (both by adults and children). They falsify documents. This is what is the truth of the problem in the illegal immigration problem.

The Real Problem for the Democrats