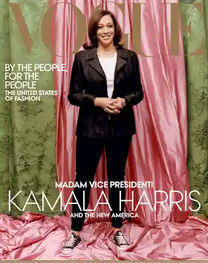 Kamala Harris on the Hot Seat is a reaction to a piece in Americanthinker.com about Kamala Harris. They are right on target as far as the problem Kamala Harris is going to have in a few days.

The gist of this article is that with a split senate, 50-50, the vice president casts the deciding vote, and this act is very prominent. Harris will have her name on every law that passes. She will own this in the future. Because any law that gets through the Congress will be credited or demerited to her. She will be casting the tie breaking vote until 2024, or until something changes after the 2020 midterms, or if the Democrats push through the making of Puerto Rico and Washington DC into statehood. Any of that can happen, but with the rush to get a lot done in the first 100 days of Biden’s term, those things won’t get through so quickly to help her.

Remember Kamala? She ran for President against Biden in the primaries. She didn’t win. She insulted and attacked Joe Biden. She only carried like 16% of the California Democrats. Not the entire state, which is Democrat, but just the Democrats in their own primary. So in her own turf, she only has a 16% popularity among her own party. Her parents were active members of the California Communist Party, and Harris attended with them as she was growing up. She is more liberal and Communist than AOC or Bernie Sanders.