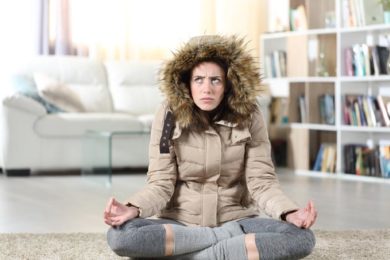 America is running out of Diesel is a post about the lack of diesel and its ramifications on daily life, and life during winter.

.@JacquiHeinrich asks John Kirby what the US is doing to increase the supply of diesel.

He says he doesn't have the data, and then talks about helping European friends and partners with their own energy woes. pic.twitter.com/4C9mouPGyr

So the government keeps track of how much diesel fuel “is in the pipeline.” From pulling oil out of the ground, to storing it long term, to refinery plants which has to be done before it is in a usable form, to storage by companies that sell it to the end user, all of that is being constantly tracked (even before Biden or Trump).

So the bad news is that all the oil “in the supply line” is about a month’s worth of diesel. This is basically the same grade of product as is used in home heating furnaces. So as a little more trickles in every day, a lot more is apparently being used than is trickling in and as per Greenie President Biden’s approach, he is taking America off of fossil fuels in the hard and abrupt form of quitting “cold turkey”. The future holds only freezing winters, no mobility for citizens, and no fertilizer for farmers (as if any will survive).

So the question is, what happens now? Well, the oil companies have to extract and process more. But Biden has also hinted that by punishing banks that make loans to oil companies, Biden has not given many permits for new oil exploration, and basically, Biden has communicated to the oil companies that if they produce normal oil supplies, then they will be stuck with that oil and the government will surely make it difficult for them to dispose of it. They cannot put it back in the ground, and any other option will be penalized by the government. Thus we are off of fossil fuel cold turkey.

So what does that mean to the common American?

This war of fossil fuel is not well thought out or studied at all. Many people will not have fuel for heating this winter. That is pretty much going to be a given. Most will not be able to travel to warmer climates. The planes will be very expensive if they are flying at all, and all the rich upper class will be filling them up to fly to warm islands somewhere. We have at least two more winters before somebody else could possibly be in the White House and can put sense back into what is going on. So the outlook would appear to be very bleak.

Even as we speak, the northern states are seeing oil rationing. We are not in a war, so why is this happening? Why is Biden draining the US Oil Reserves, giving or selling it to other countries? Why isn’t he refilling it and has no plans to do so? It would appear that President Biden and the Democrats are taking the Don Quiote approach of making enemies out of static wind mills, and trying to make themselves into glorious knights for doing so. The “demons” are figments of their imagination. Their crises are not real, and real crises (immigration, crime, inflation) are ignored as non-existent.

But there is even more bad news. What damage Biden is doing is simply going to take a long time for America to recover from. What he is doing in a few months may take 5 years to recover from. Undoubtedly, many Americans that have voted for the Democrats in the past will not vote for them now. But in 5 years, there will literally be dozens and dozens of new lies, new approaches that don’t work, numberless Democrat plans “to save us” that don’t work, and these same Democrat voters will fall into the same Democrat deceptions of the past.

If you listen to the White House Press briefing, the speaker they have giving the briefing says or gives the impression that President Biden is helping Europe through “this difficult winter” that they are going to have. But what about America’s needy? I do not mean America’s poor people. I mean the normal Americans working a normal job, and they have to heat their houses this winter. What about them? You see, this is exactly the issue. Trump wants to make America great again. But the emphasis in this is “America”. Why are we helping other nations with what should be spent on our emergencies in America, and we have the same or worse problems in our country?

Charity begins once ones basic needs are first taken care of. That is what Biden does not understand.

On another note, Trump made America energy independent. He did it, and it was working beautifully. The Democrat’s plans just don’t work. Not in the short term, and definitely not in the long term. But Trump’s success is by using the proven fossil fuel. There is nothing wrong or bad about this. Climate change is only in the minds of scientists that are constantly changing “the facts” about global climate change. Beyond the falsity of climate change, we have or had a working system with fossil fuels. It is totally irresponsible and lunacy to destroy what is working in order to impose a system that doesn’t yet work. Wind and solar cannot supply the energy needs of America, and simply be quiet and wait it out is not an answer.

Change this thought over to the food shortages we are seeing. Whether these are pipeline issues, fertilizer issues which come from a byproduct of oil, or whatever. You cannot tell America to just stop eating for a few years until we get this worked out. Yea. Do you really think that Biden and Nancy Pelosi are going to fast for months at a time? Or are they going to pull out their millions of dollars of food stores and eat well the entire time?

The central issue is, if the Democrats want to take control of the reins of government BECAUSE THEY CAN DO GOVERNING BETTER THAN THE REPUBLICANS, then show us immediately how your way is better. But wait, they have had 2 years with the Presidency, and both chambers of Congress, and they did what they wanted, and they have only tanked the country and fixed nothing. Do you have to check your own sanity if you want these kinds of inept governors to continue? Yes, you are crazy if you want them governing. America needs to bring these politicians to their knees and replace them all of them immediately or as soon as possible.

If the Democrats carry a win by a wide margin in November 2022, then I simply have to think that they are gaming the system. All these 5 million illegals Biden has let into our country without issuing them valid papers and making them take the standard time for citizenship, all of these illegals are voting illegally also. Or some other way the Democrats are cheating come election time. Because it is really hard to see how you can hurt the normal Joe on the street so much in so little time, and he still vote for your candidates.

Also remember, the United States is a country with an extremely large amount of oil and gas. It is under our feet at this very moment waiting for somebody to use it. Remember that this winter as you are freezing. The entire energy crisis is fabricated by Democrats. They are driving us into insufficient energy. Trump had us so much energy that we could help other countries by selling them what was left over after our own energy needs. After a while when they finally realize that they are losing elections because of it, they will flip flop back to using our own oil, and it will miraculously be “their origin idea.” Forget what Trump did. Forget their own errors. They will be the saviors of America on that day. This is always how they paint reality for the world and especially for the voter.

It is our duty as citizens to hold our government responsible for their errors and not well thought out ideas. We do that in the polling booth on election day.

America is running out of Diesel