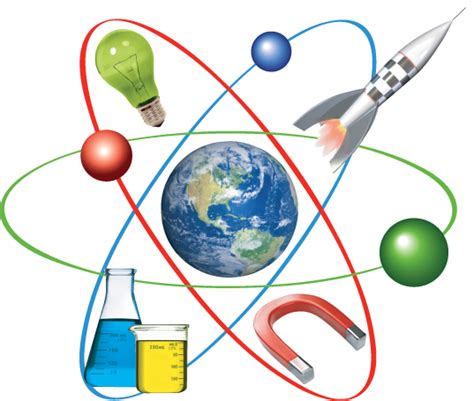 What is Science? In this article, I give an oversight of what true science is, what it has historically been for a long time, and the errors of today.

Science is not something that somebody alive today has invented. Science as a disciple has been around for a long time. It was built up within and as a part of modern society. Basically, many people in the past have had the wrong ideas about things, and science has set out to understand our world, and to disprove what is wrong and dangerous.

Let’s take a few examples to begin with. Back in the past, women used lead based make-up. People said it was great and nothing was wrong with it. Even in the making of The Wizard of Oz, Buddy Epson was cast as the tin man, and the studio used lead based silver paint on him, and he had a bad reaction. They replaced him. So this is not science, it is counter science. Explicitly, bad science or counter science is the presuming of a position without doing investigation and proving or disproving a hypothesis.

When we speak of real science, you start with a theory, and your theory can be correct or incorrect, or even partly correct (which the “partly” part of that makes it wrong). By these theories are freely given, and they are discarded as wrong or taken up as right until they are proven or proven wrong. The clinical (laboratory aspect of investigating something) aspect is what is important. Even with the best of laboratories and the most modern of testing equipment and methods, something can be presumed to be correct to just be disproved in the future.

So the correct mindset of a scientist is 1) what is exactly the theory or presumption that is assumed? 2) what are the investigative results in favor of or against it? 3) How much peer group proving has been done? There are more questions a scientist asks like 4) How were the original or previous testing results flawed in their procedures, etc. but this gives you an idea.

So there is another level here after you have a lot and very force data results for some presumption (hypothesis). The next level is to try to figure out what could alter the test results to force a desired end, but which are not valid to do. For here, let me get political. If you do a poll, who will win, Trump or Biden, you can examine the results and come to a conclusion. X will win. But if you only poll Democrat people, who do you think will win now? It gets worse. Some people refuse to give honest answers of how they will vote on election day, and that may affect the poll. Usually, these kinds of studies also give you a “margin of error” to try to account for factors that cannot be nulled out of the results.

So in the science of any presumption, you want to study carefully the data from investigators. The particular views of the investigators are another factor that can grossly affect the outcome of the results of the study. That is why in science, you open the same elements that you are studying along with all the details of who, what, how, when, etc. of the study you are doing. If the same tests are done in different areas by people who are not of the same persuasions as the origin scientists, and the results are the same, then that lends weight to their original declarations. When you do a chemical reaction to produce a certain substance, it should always work the same with the same results no matter who or where in the world it is done. That makes it “science”.

See We Own the Science

The World Economic Forum in this article above says that “we own the science”. This phrase is used when somebody has done such extensive investigations, dozens and dozens or even hundreds and thousands of them, then they have the best understanding of the principles involved in the thing than anybody else. But that is not what they are saying really. They are putting down anybody else that would challenge their declarations as being wrong from the start because they cannot be challenged. They are some kind of authority that does not allow challenges.

Every scientist who is legitimate will welcome parallel peer testing of their theories. In reality, no real scientist will accept that his theories are right until such exhaustive peer testing has been done, and the results show the same conclusions that he has done.

So what is going on here?

This is a clown show of people who want to dominate the conversation in any area “of science.”

The entire body of evidence of global warming/cooling etc. (they don’t even know which is, so they just say “climate change”) rests mostly on no evidence (no testing) and on computer modeling. Computer modeling takes hundreds of different factors into consideration and gives a conclusion. In the case of climate warming, if you factor in a highly active solar flares into the model, of course you will see and increase in temperature of the earth’s climate.

But good science gladly accepts other views to temper or restraint or define conclusions based on other factors. A simple example. If the north and south poles are reacting to this warming of the earth, then the snow and ice would be warming and our coastlines should see sea levels as creeping up on beaches and land world over. The question comes up though, if this is true over the last 200-300 years, why are there docks that haven’t had to rebuild themselves at a higher level? There is no impact on such fixed objects that we can see.

Moreover, the conclusion that modern “scientists” want to make is that the world is in danger, and the earth’s population needs to trust them with the money so that they can save the earth. Wait a minute. This danger to earth is not yet seen. So why? If the sea level is increasing half an inch every 1000 years, what is that to us today? Why the urgency that we see they want to apply? If the sea level increased 6 inches, we cannot see any damage to our planet by that. That may be 10,000 worth of “damage.” That is not damage.

So these pseudo-scientists make predictions. The sea level will be 1 foot, or 5 feet or 10 feet high in x amount of time. Some have predicted this in the past to come to pass in the 1990s. Al Gore’s predictions were set to happen on dates that have already come and gone, and none of them are happening. So in a science mindset, this “scientist” is a fraud. He is a liar, and doesn’t know what he is talking about, and in the end analysis, his scientific ability to reason and test is just not worth even reviewing. Usually in dealing with these kinds of scientists, you follow the money, and you see where they have ulterior motives.

For example, the same politicians that are preaching the end of the world are also invested into alternative energies, like solar panels and wind mills. When it is convenient for them economically to take a particular position, then their results are to be thrown out. Dr. Fauci joined in a patent for the Covid vaccine. He made 100s of millions off of the Covid problem. This, in itself, makes anything that he says about Covid useless. His point of view is compromised by the prospect of financial gain for himself. This is exactly the type of thing that invalidates unilaterally all participation in science from that source.