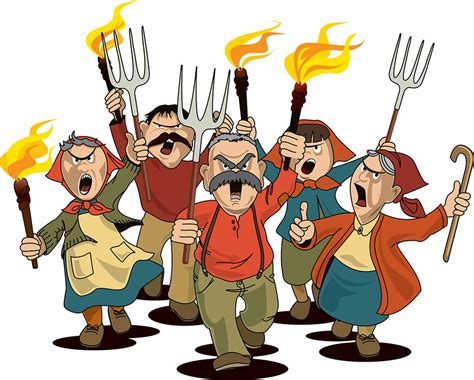 Election Deniers Flip and Flop is an observation at how denying election results, a.k.a. that there was fraud is one moment the end of the Democracy and in another moment it is the truth we have to die for.

When a Republican (Trump 2016) wins an election, then the Democrats and Main Stream Media cannot accept the results, and they demand an investigation and make up evidence (Steel dossier) to prove their point. So if denying the validity of an election is wrong, the Democrats (and Republicans over the years) have done when it suits them. That is not to validate a particular election as being won improperly or not, I am just saying that it is a valid claim for somebody to make when they want to do so. The key element is in how “everybody” including the founding fathers of our nation dealt with this is generally NOT TO OVER TURN THE RESULTS of said election, but to make laws to protect the same thing from happening again. Under our original system set up by the founding fathers was to make the bulk of our government leaders to be elected for a set amount of time, and then, they must be re-elected if they are to continue serving our country.

So to be clear here, neither party, nor anyone should be able to manipulate the results of an election in any manner. The exception to this absolute rule is that each candidate can try to persuade voters to vote for him or her. Debate, open discussion unrestrained from one particular side is what has to be the basis for deciding for the voters. If one side controls the media and prevents their opponents from access to open discussion, then that is wrong. With the breaking of radio and then television, it was seen by BOTH parties that if a station gave air time (purchased of course) to one party or candidate, then the other candidate or party deserved equal time and opportunity. That is “fair” to all involved. This goes so far that even in a primary where both candidates are of the same party, this rule has to be observed. Today it is not.

We have mainstream media and social media controllers that will not allow contrary talk to a particular party to exist. We no longer have fairness.

When we look at how denying election results work, we immediately see the airwaves saturated with end of Democracy claims if Trump does not accept his loss. This is ridiculous. If Hillary was allowed to deny her loss, why not Trump? Fairness means that both sides get the same treatment. From a few obvious points, Trump really won the 2020 election. 1) No candidate CAN WIN the presidency without winning the voters confidence and support. Just look at the Trump rallies and the Biden rallies before the 2020 election. Something there just doesn’t check at all. 2) The down ballot races are always won by the same party that wins the presidency. This didn’t happen with Biden and the Democrats. Why?

But the point is very simple here. We do not overturn the election, but we study carefully all claims of how the election fraud was supposedly pulled off, and we make new laws to stop that kind of thing from happening again, if it indeed happened at all the first time.

What is going wrong today in our elections

So, we mention a few things here.

There are probably many more things we could mention, but these are just a start. The point is not to invalidate Biden’s presidency. There are a lot of problems with that, because if we allow that, then whatever he has done as president was invalidly done. Although a person disagrees with what he has done, we do not want to invalidate past presidential orders and laws. That would get complicated.

But to simply make things fair again, that is the point. If Democrats can vote 2 or 3 or a dozen times in the same election, then let the Republicans do the same. See that is not fair. Moreover, it is not honest, and it is against the law.

There is a movement afoot that is the second part of open borders. That is simply, let these illegal aliens that Democrats are letting in vote like any other American citizen the first moment they cross the border and step on American soil. This is illegal and highly dangerous. We have border laws and an orderly process for a foreigner to become a citizen, so we should uphold those laws. The problem here is that Democrats no longer want to reason in debates (in and out of Congress) for their policies. They want to cheat and force their policies on everybody no matter what.

The problem with what they are doing is that somebody is going to figure out (once the immediate voting right is given to even visitors to our country) that they can change the makeup of our Congress by simply sending 10 million Chinese tourists into specific key districts to vote in our elections a day or so before the election. That can go against Democrats as well as for them.

Recently Biden has decided to deport several hundred Venezuelans. Why? The real reason is because they come from a Communist country, and once they have the vote, they would more likely vote Republican than Democrat. So the brash political nature of what they are doing is seen. There is no way this is equal and fair for both parties.