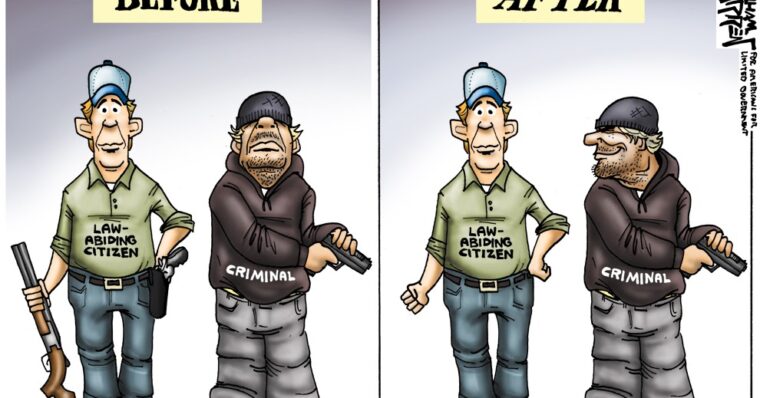 When will Hollywood practice Gun and Violence Control? Hollywood is the principle agent responsible for introducing influences of guns harming others and violence.

A Reasonable Understanding of Guns and Violence

A gun is a non-active, non person thing. It can do absolutely nothing by itself. It needs a human being in order to do harm to another human being. So for the sake of this post, let’s just not discuss a person cleaning a firearm and it going off shooting him in the foot, or a child getting playing with a gun and it accidentally going off. Let’s look at just a vicious person with a will to harm another person without a just cause. Police that shoot at a person who is threatening others and will not surrender the gun should be dealt with with violence by the policeman. That is the only way police can protect the general public and the police himself.

Aggression is an Emotional Human Trait that is Learnt

But the most important point in this discussion is that of what pushes or influences a human being to be aggressive and harm other human beings? There may be many answers to that question, but what cannot be denied is that when a person who is “off mentally” (to me personally, all people who harm others for no reason are mentally unbalanced) harms someone else, that there were influences in his mind to do that. Quite frankly, it is very common for somebody to see a violent act over and over again, and then they end up doing the same violent act. That is “well established psychology.”

When we consider that the woke, the liberal, and the Democrats all promote a total removable of all guns from the public’s use and possession, then we have a class example of hypocrisy. Hollywood is a billion or trillion dollar industry. A single film can create a billion dollars of wealth for the studio and the actors.

But when you consider how common guns and violence is in everything that comes from Hollywood, we have to call out this hypocrisy. Take a moment and watch the movie John Wicked for example. When someone tells a story, perhaps it is essential in that film that maybe a character dies, or even violence is done to some character in the film. But when you multiple the times violence, gun play, and death is seen to be in the hundreds in a single film, it is just not even needed. Who needs to see 50 different ways to kill somebody else? Only those who are actively wanting to use just that in a personal way. Even if the person watching the film is not a killer, husbands imitate this violence in their homes, boys on others, etc.

So the hypocrisy of Hollywood is that they want honest people who want to practice their constitutional rights to protect themselves to not have a gun, but Hollywood itself is getting filthy rich from portraying that very same violence in the majority of what they are producing. Hypocrites! Why don’t you prohibit all guns and violence from all Hollywood films FIRST, and then after 30 years of you cleaning up Hollywood and keeping it clean, then we can talk about gun control for the general public. That will never work because Hollywood uses guns and violence to make its money.

If Hollywood were to really prohibit all guns and any kind of violence from everything they do, then gun crimes would decrease. That is a sure thing. If you take away all gun from everybody, the criminals will 1) find a way to get a gun anyway, 2) use some other more common thing to do the same. England has tried to take away all guns, and even their police have restricted use of guns. So the criminals use knives and cars. This will never end. In the end, the criminals will choke people with their bare hands. Criminals in prison still kill others in there. They do not have access to guns, but their evil minds will find a way. Why not attack this problem where the essence of the problem is, people’s minds.

While we are calling out the hypocrisy here, let’s look at how serious Democrats are really when it comes to criminal violence. They are against capital punishment. They say killing a murder doesn’t deter murders. But they cannot answer anything when it stops that murder from ever killing anybody else. Look at cash bail reform. The Democrats don’t want criminals to have any restrictions that would prevent them from committing the same crime over and over until their first crime’s case comes to a court date. Why is that?

I remember seeing a news article of a New York man that stole cars. The police caught him, and he stole something like 4 more cars, being caught by police after each crime, but was out within an hour, and he did it again. Is it not extremely obvious that if you either make bail so much that he doesn’t want to get caught again until he settles the first time around or make it physically impossible for him to steal until his case is resolved, that works. What these Democrat enclaves in Democrat states and cities just doesn’t work.

In recent years, we have seen both Democrats promoting and urging people to riot, loot, rape, and kill, and Democrat politicians bailing the rioters out of jail as some kind of moral good. Why? At the same time, we see the extreme hypocrisy of Democrat lawmakers who defund the police, push gun control so honest citizens have no way to defend themselves, and yet these same Democrat lawmakers spend 10s of thousands of dollars to pay for armed security around them and their homes. These people should not get even one vote after this hypocrisy comes to light.

When will Hollywood practice Gun and Violence Control?