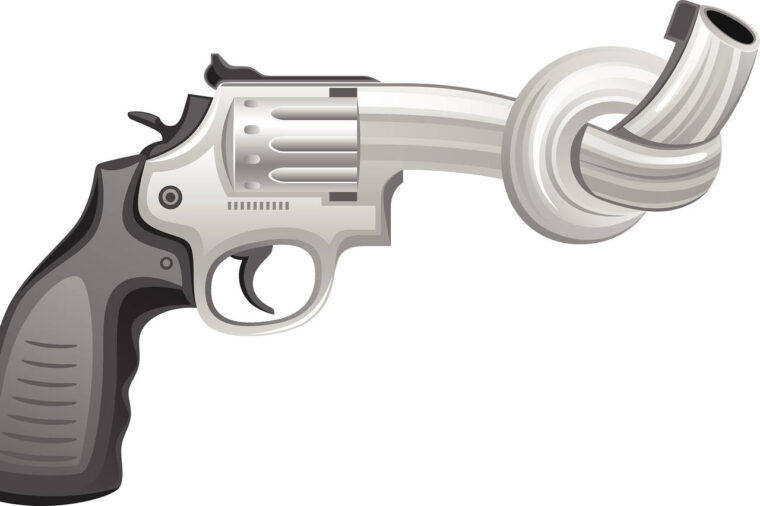 The author makes a good point. The founding fathers didn’t just come back from a hunting trip and decided to add the Second Amendment into the Constitution. They were supposedly under a form of Democracy (in England), and they revolted against that government because they were unfairly taxed which revealed the fraud that the King considered America an English colony with no rights.

The colonies that England set up really had no say so in their own affairs, and that was with the promises of the king that they did.

The purpose of the Second Amendment

The purpose of the Second Amendment is for the citizens to be able if the need arises to present an armed presence against any aggressive force to their liberty in the future. That is the only purpose, the central purpose, and the very necessary purpose of guns.

1) That aggressor force is centrally their own government.

In the case that caused the founding fathers to impose the Second Amendment, that force was upper government over them. The Democrats are exactly trying to take over that upper levels of our government, and the same as the British government, they didn’t want the possibility of a standing militia to rise up from among the people. This is the ultimate threat to a group in government wanting to take over. This is how the United States broke from England.

So the reason we have a right to guns, is not to go hunting, but to use them in self defense, both personally in the case of a robber or thief in our own homes (or in our business when out of our homes), and secondly, when as a country we see the need to rise up against an unjust government.

I do not recommend or am I wanting to see that happen. I am just saying that weapons of war caliber is exactly what we SHOULD BE POSSESSING. A canon. In almost every case, a civilian does not have the financial ability to own a cannon. They could not buy or make the munition necessary to use it. But that is what the founding fathers envisioned.

2) Self Protection against robbers, thieves, and rapist

The right to own and use weapons comes from God. What God gives us, and what we accumulate in this life we are responsible for that same thing, and we have an obligation from God to see to it that nobody violates our ownership and protection obligation of those things. If you have a wife and children, you should defend them. There is a God given right to do so. If you go out into the world and buy products and put them in your car for transportation back to your house, you have a God given right to defend those things.

That would mean that carrying that weapon with you into the world is necessary.

Yes, there are shooters in the world who just abuse other people. But that again calls for the rights of innocent civilians to bear arms against such violators. Take away all the guns and only the criminals will have the weapons.

The idea of taking away all weapons fails because 1) criminals will always find ways of getting or making weapons, 2) even an armed police force is still very far away. The police will not be able to immediately respond, so the citizen is on his own resources until the police get there. A single person with a weapon at the beginning of most shooting situation could take out the shooter and end the situation quickly. Waiting an hour until the police arrive gives a crazy person the time they need to kill people.

Movement to Incapacitate and Eliminate Police

The truth of our world is that there are criminals who will illegally take what is not theirs to take. It is hypocrisy to take away people’s arms for self protection, telling them to call the police, and then at the same time defund the police. If counselors are put in place of police, then a BB gun in the hands of a criminal gives him the advantage to control the situation and impose his will. The exhortation to just let the crook take what he wants is not the solution. To defend yourself and your family and possessions means you can own and use some kind of weapon.

The Hypocrisy of Politicians

While the politicians wax long and hard that nobody should have weapons of any type, they themselves have heavily armed body guards. Why? Let them call the local police and wait like everybody else. President Biden’s body guards undoubtedly have fully automatic weapons of war caliber protecting him. This is just hypocrisy.

While many of our politicians have a hissy fit over a simple mother owning a side arm, they are very hypocritical in not showing the same amount of concern in other situations. For example, in our inner cities, guns and criminals are abundant. Why do normal citizens feel the need to defend themselves? Because they see the violence around them constantly. If one of these politicians come into an inner city setting, you can bet that he will have his bodyguards heavily armed.

Obama caused 2000 some weapons to go to the Mexican cartels. He planned that. So exactly how does that check with all the anti Second Amendment concerns?

It is tragic that Democrats make such a show of concern over a shooting incident especially involving children at a school. Even with x-ray machines at the entrances, a typical school has many yards of fence where a person can go onto school grounds through them, and then go somewhere unnoticed and have an accomplice toss a gun in a bag over the fence. Real concern would to put armed police officers inside every school. The Democrats don’t want that because they make a lot of political “hay” at every shooting incident. Yet Alec Baldwin gets a pass.

The event of Alex Baldwin and the accidental murder of somebody on their movie set reveals just how idiotic we are getting. It is the anti-gun lobby that are the ones ignorant of the use and storage of guns, not the NRA people. It makes no difference if Baldwin deliberately killed that producer, or if it was an accident, or the gun was defected. All roads lead back to somebody that had the obligation to know what the weapon could do, the peculiarities of the weapon, and the dangers (even giving him the benefit of the doubt, that that gun can go off by itself). But every gun owner knows that the gun owner is responsible for what happens with their weapon. Both Baldwin and the gun handler “expert” should be trained in proper gun use. The NRA has a nice course on this.

It is a good thing that the government makes laws on the proper storage of guns in a locked cabinet. Yet the main issue is that the individual owner of the gun can get to it quickly when a robber is at his door or in his house. It is good that people have to remove the possibility of children or young people being able to handle and possibly mishandle a gun.

When it comes to carrying a gun, no gun is useful for its purpose of protecting a person sitting at home in a lock box when the woman in out away from her house and there is a violator confronting her. A pistol under the seat and the ammunition in the trunk is no good either. The last thing any responsible knowing gun owner wants to do is to go around flashing an empty gun as if it were a threat.

Why is there a Second Amendment?