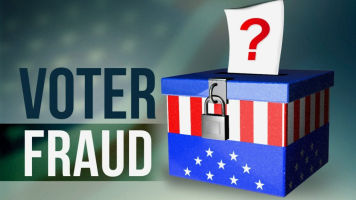 Update about 2020 Election Steal lists new articles and movies about the 2020 election fraud.

Here I am quoting a couple of new informative videos about what went wrong in the 2020 election.

Last year, Mollie Hemingway wrote a book about the 2020 election.  Its title was Rigged: How the Media, Big Tech, and the Democrats Seized Our Elections.  It is a comprehensive story of the numerous ways the left orchestrated the Biden win.

A few weeks ago, David Bossie released his film, also titled Rigged.  It exposed the scheme perpetrated by Mark Zuckerberg: “Zuckerbucks” in the amount of $400M to fraudulently ensure a Biden victory.

This week brings the release of Dinesh D’Souza’s film, 2000 Mules.  This film exposes and explains how paid “mules” in numerous states stuffed those drop boxes that Zuckerberg paid for with many thousands of ballots faked or harvested.

As per some observations, it is extremely telling that the Democrats claim that in the 2016 election, there was fraud against Hillary and that is how Donald Trump won, and for them, that is a fact without having to support it at all, and in the 2020 election, if you even want to investigate the situation, that would be the downfall of Democracy in America. When will we ever begin to realize when somebody is piling cow manure on us?

The problem is not just that there was election fraud. There is always election fraud in every US election. The problem is that the process of investigating it and taking new measures to prevent it from changing the will of the people in future elections has been arrested and is completely dead. The Democrats have their machine to put their own will and prospects into office, and they are protecting it from change. That is the grave issue facing us today.

IF Trump runs in 2024, and he wins by a landslide, then that shines a bad light on the legality of the 2020 election. Even if he loses again, and there are the same elements of fraud seen between the hubris of political talk, he is still vindicated. The Democrats won’t win with any outcome. They can only yell to distract people from the obvious.