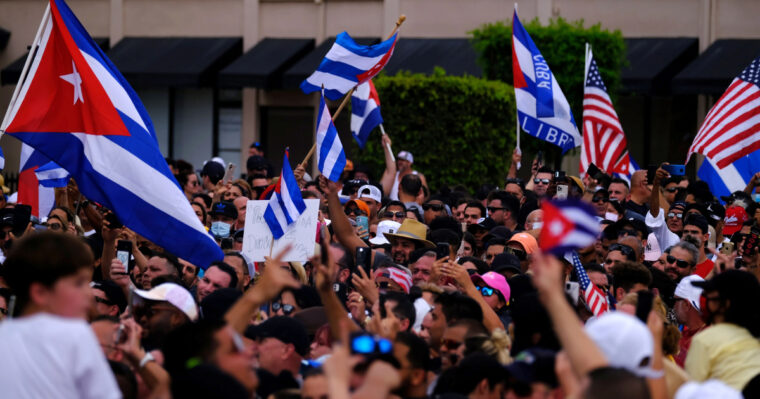 Latins for Trump Reelect Him! is an opinion about how the Democrats miscalculate the Latin vote in their plans and propaganda.

Let me introduce myself. I am a missionary which was born in Charleston SC of American parents several generations back. I have lived most of my live in Mexico City, and I have married a Mexican girl. So I can talk about latins and how they think and make suppositions on how they will act and vote.

By “party-less” I mean that they come into the country without any real affiliations to the Democrats nor Republicans. They come from other political parties in their own countries. They are introduced into the US basically by the Democrats, and that is how they “get in.” So these illegals are “Democrats” because 1) the Democrats allow them to come in illegally, not through the system already set up and in place since the founding of our country. 2) because these Democrats illegally give federal money to them “for their vote.” Note that there is a law against that, but the Demo motto is “never mind the laws, we will do our own thing without concern for them.” California takes federal money, and spends that plus their own citizens taxes on the illegals. Again illegal.

So why are Latins for the Democrats?

They are not really. Latins are for whoever will give them freebies. That is the mentality of Latins. They will take anything and everything that people can give them. The people of Mexico invading the US illegally for the last 50 years are basically moochers, people who want to live off of handouts. Many come from utter poverty, have no marketable talents except extremely minimal labor, and are not educated. The k-12 government schools here are basically a farce, but as anywhere there are some standout and outliers that have an exceptionally high intelligence. These Mexicans don’t cross the border illegally. They usually are well off, children of parents that put their kids in private schools, and they usually have or can get a Visa to visit the US.

So that is the background of those entering the US. It is either living on the street in a Latin America country, or what the US government gives them if they can get in. Refugees enter into the mix. In most Latin countries there is no reason for people to be considered a refugee, and most refugee visas to the US don’t get approved anyway. If you release them into the US, they will not show for their immigration court date.

But this is a thriving issue among the Communist countries. A side note for Democrats. When did you ever hear of illegal immigrants entering Cuba, Venezuela, China or North Korea? If you do, please publicize it as much as you can because that doesn’t happen. Knock the United States as much as you want to, but you can only do that in the United States, and if somebody from China or North Korea or any of these communist countries and does that in their own country, it will go poorly for them if they even live.

So latins are not “for Democrats” but for whatever is most convenient for them at the moment. If the Democrat administration throughout the US was to not break the law about giving federal funds to illegals, then these people would tend to vote Republican. Why? Because in the communist countries, they know communism when the see it, and they are not going to let their new land be corrupted into Communism.

So according to this article above, Biden doesn’t want immigrants coming from Cuba or Haiti. Yea. These Latins are very strongly for Republicans when they get into the US. That is why. So you can see that the Democrats are just using immigration (illegal immigration at the moment) to get more Democrat voters for them. Ask yourself why the crazy push here? It is a crisis Joe, the southern border immigration problem. Why do they ignore it and let it go on?

The simple explanation is that they have been hemorrhaging voters for some time now. The best that they can put up is a Hillary Clinton or a Joe Biden? First things first. They are against racists, and white people should just disappear. Okay Joe take the hint and resign from being president and leave the US. Take Hillary and Bill with you.

This line that they are pushing doesn’t seem to apply to them! Nancy, an old white woman, take a pill and go back to San Francisco. Chuck Shummer and Adam Schiff too.

So if you demonize ICE and ignore all the immigration laws, would that not be not abiding by the constitution that they swore they would uphold? You cannot ignore law and still support the laws as a whole. Either change the laws or obey the laws, but this is anarchy. Why don’t they change the laws since they hold all the reigns of government? Simply put, because these Democrat Senators and Representatives have to be reelected, and in their highly Democrat districts, these things will not float. People will vote them out of office in a heartbeat, and they know that. Manchin does not go against his party lightly. He is still for the Democrats, but he is nothing but a private citizen if he gets thrown out in the next election.

This is a no-brainer. If he just runs, he will get even more votes that in 2020. But he still might not win. This is not because Biden nor Harris is such a great challenger. They are both in the dog house with Democrats. Killing the oil industry put an awful lot of Democrat Union people on the street. They will remember that for the next two election cycles, maybe more. The Democrats with Biden-Harris are constantly shooting themselves in their own foot by what they are doing. They are constantly working to hurt the US, and half or so of the US are Democrats. So Green Pie in Sky may be a millennial interest, but not when they are thrown out of a high paying job to have to retrain in some other profession like the oil industry workers.

There are other things afoot with inflation. This hits the lower end Democrats, like the blacks, hispanics, and other minorities. If the Democrats are for these people, why kill their incomes by inflation? Joe knows good and well what he is doing is ruining America. These people don’t listen to rhetoric, but they watch their pocket books constantly. When under Trump, they make more money and have more money left over, they like that no matter if the president is a Republican or not. When they see their salaries deflated, inflation makes everything cost more, and the tax man comes with a vengeance, they don’t like it even if the president is a Democrat. That single point is going to cause the Democrats fury in the next elections.

So what do the Democrats do?

The Democrats need explanations as to why their people win. Enter the Latins and minorities. I noted above that apparently Cubans are not minorities. Unfortunately for the Dems, the Haitians that come to America are very different people. They seem to be hustlers that don’t like government handouts. In Orlando Florida, the last time I was there, I used Uber. I got several of these Haitians as drivers. So the Democrats don’t like them. They are too industrious.

So add to that the Chinese and Asian peoples. These people are extremely competitive in their own countries. Their parents are both mom and dad in the home, and both drive their kids to excellent in school. That is survival in China. If they don’t excellent, they will be condemned to low paying jobs forever. Re-education and retraining for another job skill doesn’t seem to be around over there. So the oriental peoples (this South Koreans, Vietnam,  Japan, etc.) are racist because they are like white people. Joe Biden’s government treats them with the same bad treatment as a white person.