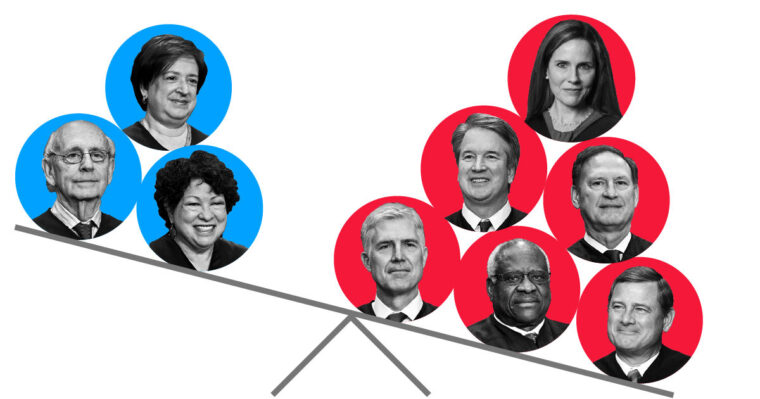 Democrats want to Change the Supreme Court is an analysis of this topic from a balanced perspective.

So let’s start by playing the devil’s advocate. Fine. Give them their additional 5 or 8 judges. But let Trump choose them. That wouldn’t fly right? If the system has always been to let the president in office choose, and the consequence is that the court tilts towards that party’s beliefs.

Since the Democrats’ changes are not based in law nor reason, it is simply how they want to take over and control. They use the system of government and law when it is convenient for them, and then when it is not, they want to change it or ignore it.

If you admit that our laws should be the same for everybody, then the Democrats change the Supreme Court when they can, and when the Republicans gain power again, it is going to be alright to change the system again? No. They will scream bloody murder. This is just not right.