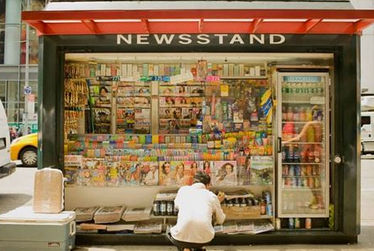 Conservative News Daily FrontPage This page is a summary of the news as we see it.

America and Joe Biden’s assault on it.

So it seems every day Joe Biden does something that hurts America. Thursday of last week his speech identified the Maga Republicans as being a serious threat to America, to Democracy. Friday night he walked that back. Does he even read his speeches before he gives them? Does he contemplate what he is doing and saying?

In Joe Biden’s humiliating walk back of his speech, he says (without admitting he mucked up the words of the speech, because what people heard Thursday was not right, but what he now says Friday. Which is it Joe?) but he says that the extreme threat to America are people who do not condemn violence. What happened to the dozens of riots last summer but BLM and Antifa and not a word of condemnation from Joe Biden? Moreover, it is the government’s job to prosecute those doing this violence. People in those riots destroyed billions of dollars of property, and they walked free. The J6 marchers didn’t destroy property but were marching in patriotism to their country and after 19 months they are still in jail with charges being brought. Yet Joe you are a big hypocrite.

Someone noted that this act by Biden’s government was exactly on the anniversary of Afghanistan’s failed exit of US troops.

Biden said that the Maga people will need F15s to take on the federal government. 1) Is that how our government is supposed to work? 2) There were no weapons nor violence in destruction nor overtaking anything on January 6. So a peaceful rally made legal by the Constitution is an act of war? Who is bating people into violence, a.k.a. Biden dark Nazi/Hitler like speech? Which is it Joe? Maga supporters were the worse incursion against the building representing our Democracy ever, but they came with no weapons. Does that make sense? Why doesn’t the J6 hearings ask why the Capitol Police opened the doors and invited the marcher into the building? Aren’t the Capitol Police under Nancy Pelosi’s direction and isn’t she to answer for what they DIDN’T DO to protect the building?

Nancy Pelosi says nobody is above the law

So Nancy Pelosi said recently that the President cannot forgive student load debit. The way our government works is that there has to be a law passed originating in the House of Representatives (her charge) to do this. One Democrat cannot get their act together to do things legally? Where is nobody is above the law Nancy?

Hunter Biden is making millions or billions of dollars off of his working influence with his father the president. He did this under Obama years ago when Biden was Obama’s Veep. So long of sheer “not under the law” impunity and Nancy cannot investigate this? Hillary Clinton’s illegal influence peddling was never investigated. And Hillary is campaigning again bragging that she has kept the government watchdogs from every investigating much less prosecuting her emails. Where is nobody is above the law Nancy? Where is the prosecution of Epstein’s clients and their pedophile exploits?