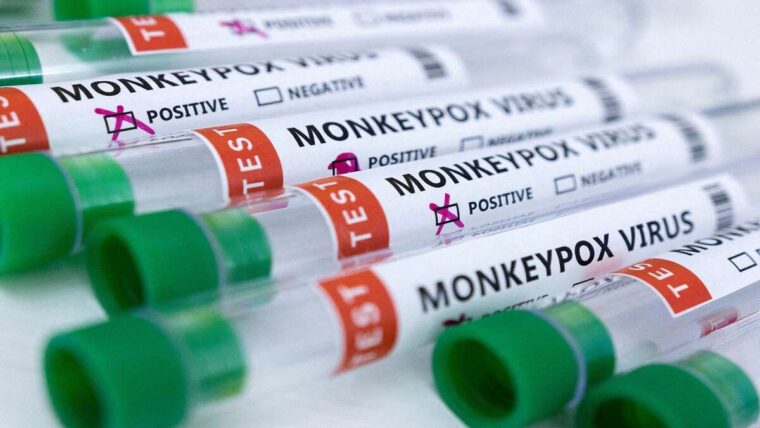 Monkey Pox and Kids is an article of reflections about this new disease that is supposed to overtake the United States health.

Can we talk about kids with Monkey Pox?

What ill we have definitely fallen into in the United States is that our government and the Main Stream Media are constantly moving from one crisis to another. The real crises that destroying our lives seems to receive very little attention, but made up crises that cover and obscure the real crises are one after another.

The first thing we need to understand is that “one size does not fit all.” Each disease has its own particular character, and Covid was a flu like disease that can be spread by a person’s breath. Monkey Pox is not like that. It is spread by a person’s sexual parts touching the hands, genitals, face and mouth of other people.

90% of all Monkey Pox cases are in or touch upon homosexual men. This is not like a man going to a woman prostitute, but it originates between two men in a sexual act. Once a person is infected, that person can give it to other people.

It would seem from the news coming out that women rarely are getting this disease. Would that be because most women are not so interested in sex with homosexual men?

How does a Child get Monkey Pox

Given the above data from the doctors, a very important question comes to mind. How does a child get this disease? Very clearly the answer is they get it from an adult man that is homosexual. But more specifically, how do they get it? Because this means that the homosexual man and the child had close physical contact together. The civil authorities should be investing as child abuse every single case of a child getting monkey pox.

As time marches on, and “normal” or non-homosexual, transexual, or other perverted individuals are the only ones who are getting this disease as a rule, how do kids who do not fall into any of those categories get it? The simple answer is that they have a caregiver or someone in their life that is a pervert that is having sex with under age minors. That should spark police to investigate every case of a child with monkey pox.

Live and let live is what the homosexuals used to say. So keep your hands off the children!

What is the Government going to do?

From some indicators, the government wants to use this disease which is transferred by physical touching to insist on more masks. If they didn’t work on Covid, even less will they work on this. Also they want to insist on vaccinations. Evidence is now coming out that the vaccines lowered a person’s defenses and made them more susceptible to disease and sickness. Surely that will be included in any monkey pox vaccine.

Will the Monkey Pox Vaccine be a true Vaccine?

If something is a true vaccine, the person should not get that disease for at least 4+ years. It may eventually “wear off”, but many older vaccines like polio lasted a lifetime. Maybe after 30 to 40 years you would get a booster even though you don’t need it.

But then there is the .1% of vaccinated people who actually get the disease from the vaccine. The vaccine is simply destroyed cells (leaving proteins from the disease which the body builds antibodies to) and everything is fine. When the vaccine preparation process doesn’t do its job, not all the cells are destroyed and some live cells survive. This is different from a vaccine that doesn’t work. Later on you get exposed to the disease and your body doesn’t have enough antibodies to fight it off. This is injecting the live virus into you and immediately you have the disease.

Because this happens, albeit very few times, it is not recommended that everybody, for example, gets the AIDS vaccine. If you don’t work with blood or are in a high risk group, then you shouldn’t get it. So when the government tries to stuff this down everybody’s throat, we should be ready to say no.

It should be extremely disturbing to hear that there are children suffering from Monkey Pox. Sexual abuse of these children should be investigated by the police in those cases.