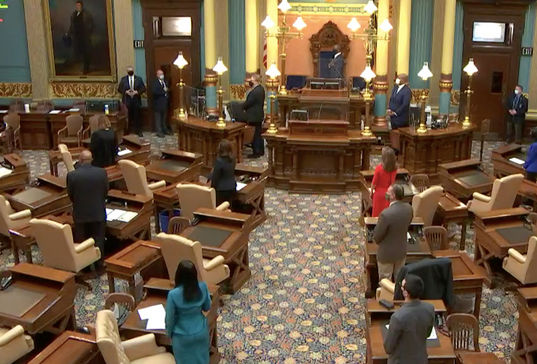 Refusing Electors is Democracy at Work — Nancy Pelosi is a return to 2005 when Nancy urged Congress to reject the vote of the people.

In 2005, when Democrats objected to presidential electors from Ohio, then-House Minority Leader Nancy Pelosi argued the move was “democracy at work.”

What we continue to see from the Democratic party is unequal treatment of people and events. If it is convenient for the Democrats, it is right, constitutional, and absolutely has to be accepted. If the same thing is later used by the Republicans, then it is horrible, wrong, criminal and against the Constitution.

Why cannot each controverted state’s election be examined individually? This can be done. If there are elements that cast doubt on the process, then it is not a “can be done” but a “must be done.” But again we see the political games that Democrats constantly play of changing the goal posts, or changing the rules to suit them. The American public must demand that the rules must be equally applied to one side as the other.

I am still waiting for Hillary Clinton to be tried. Why doesn’t anyone in the Justice Department do that? There are a security breech, it was very clearly unlawful, the evidence is sufficient to put somebody in jail, and the person who did it will never see jail because her name is Clinton. The law is unequally applied. Some get away with anything, while others equally high up in government have accusations made up against them.