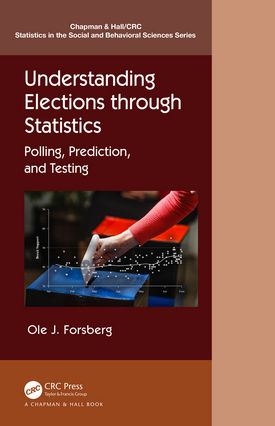 Statistic evidence against 2020 election results is an examination from various sources that indicate that the circumstantial election evidence points to a fraudulent conclusion. (Cover image is a book that can be purchased here and is no way related to me.)

For this post, I am analyzing several web pages:

Issues that mitigate against 2020 results as being correct, real, and true

While this was a contentious election cycle, the turn out numbers are just too high. Wisconsin had 90% turn out.  So everybody came out like gangbusters? No. Only the key swing states had this phenomena. Why? Undoubtedly, those in non-swing states turned out equally as the swing states? Why would they not turn out? (See Steve Cortes piece)

Biden outperforms Hillary and Obama from his basement

As any kind of US election goes, it is a dog eat dog event. Even within the same party, elections are a full energy effort or you lose. It is unbelievable that Trump had rallies of 30,000 in a single place, and Biden could hardly get 100 people out for his rallies, and Biden won. That point alone should greatly convince us that some was wrong with the outcome.

I am no fan of Barak Obama, but he is a charismatic type personality that engaged people and won them over to him. Maybe being black had a lot to do with it, and from being constantly bombarded over the years that if you dislike a black man, you are racist. I don’t know. I dislike a lot of people but their color has nothing to do with it, it is always their character. A man steals from me, he can be any color or race in the world and I will not like him.

But again it is unbelievable that Biden stayed in his basement and had few video conferences, and even so, he beat Obama. Again, this is unbelievable, but we note that only in the key places where a big difference needed to be made is where this happened. Strange.

Lawyer Sidney Powell said that there were 450,000 ballots cast across the nation which had no down vote markings. In other words, in the other races on the ballot, they ignored them. They voted for Biden and nothing else. Statistically, that doesn’t happen to the tune of 450,000 ballots.

Again these Biden only ballot only happen in the battle ground states, and not across the country. Would 450,000 ballots change the outcome of the election? Yes. If these ballots where vetted by those running the individual elections and counting, then they would be challenged and possibly thrown out. There was no normal vetting of ballots as poll workers are supposed to do. Another strong marker for a fraudulent election.

Absence of any vetting of absentee mail-in voting

Those in charge of any election are supposed to check all mail in ballots by various points that would indicate that a ballot was fraudulent. This was not done. This was a Democratic ploy. When everybody in the state gets a mail-in ballot, then those who count will be overwhelmed and cannot possibly do justice to what they are called to do, vet the mail-in ballots before accepting them. Add to this the pressure for same day results, and you have errors that produce fraud and excuse it.