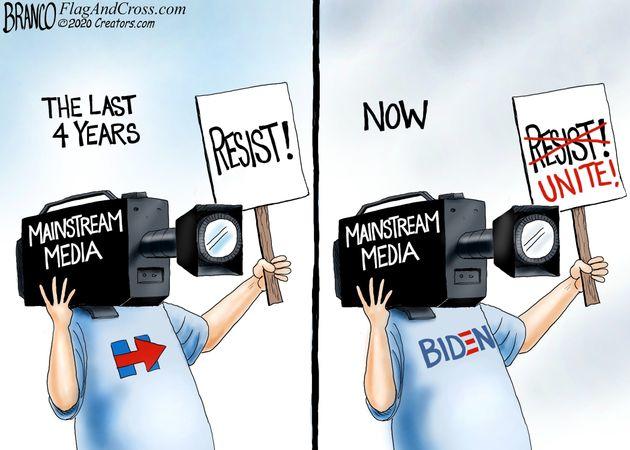 Biden Unity Hypocrisy is an opinion piece about the Democrats Biden false claim of wanting unity.

Let’s make this as clear as possible. The entire Democratic party has done nothing for years now except destroy any kind of working relationship between the Democrat Party and the Republican Party. Nancy Pelosi and Chuck Shummer’s antics of faking a good relationship with the Republicans and President Trump is simply disgusting. Their tempter tantrums of sitting down to blow up and walk out of meetings with the other side, giving nothing is well know among everybody as their chief tactic.

So these are the things that destroy unity between the two political parties.

There is no respect for God.

Our founders put “In God we trust” in the founding of our country. They recognized God as his authority over their personal lives and his authority over America. When a person lives without regard to God, God’s authority, nor God’s punishment for disobeying God’s principles and commands, then there can be no unity. Those who believe and submit to God are not the ones who have to change (giving up God as supreme to make Nancy Pelosi and her kook ideas as supreme), but those who are in rebellion against God and all He stands for.

For we can correctly define the concept of ‘unity” as jointly serving and submitting to Almighty God and His commands. Therein lies true unity. There is a sameness between two people because both are submissive to the same God, to the same standards, rules, principles, and instructive examples one sees as the other. Neither define the standard with they have in common. God defines it in the Bible, and both agree to it.

There is no respect for our Country, America

To me, the worst offense of disunity is the simple fact that Democrats do not respect, accept, love, and life with, and work under the principles that are the founding principles of our country. We are not a Communist nor Socialist country. Our founding principles are Capitalism and freedom. That being the case, it is fundamentally wrong to use Capitalism to make yourself rich and powerful in order to destroy Capitalism.

There was a time in our country in which no citizen would openly propose Socialist or Communist principles because it is anti-American in its base. We all (in all political persuasions) worked together in unity under these principles. We fought those within and without both politically and in wars to protect American principles. As a citizen, anti-American acts and propaganda was rejected. Politically, it would have been political suicide for any politician to openly espouse these anti-American principles, because the people would vote him or her out.

Unity comes only at a price. That price is the sacrifice of one’s own ideas and submission to a greater power. We have peace on earth when we live in unity. That unity means that we accept, and live under the rules God has commanded us, among these rules that we respect one another. Respect is not a option to accept or reject as one desires, rather respect is commanded by God. Within and without of our own country, God wants us to do things, arrange and order our lives such that we do not harm other people (and they do not harm us). We live in such a way that it promotes the welfare and well-being of everybody. We neither give away all of our resources and stability, nor are we without thought and mercy on others. A man has a mean bull that hurts people, it is his responsibility to protect the general public from that bull’s danger.

As such we help the weak, downtrodden, and sick. We bring of our abundance to these people to make their lives better. Why? Because in America we understand that God is sitting on the throne of heaven and that God will judge every individual. He will judge those that are his children as well as those that are not. He will judge especially severely those that are not. But the judgment of God is a constant fear and respect that is always present in whatever we do because we know God is true, God is watching, and God is judging. Judgment on a country comes from opposing the principles of God.

God made one man, and one woman, and joined them in marriage to procreate children. There is no other option here. The woman is submissive to her man. The man is responsible to his wife first, and secondly to his children, his family. The children are obedient to their parents. The parents have a divine obligation to protect the life, liberty, and well-being of their children, giving them all the benefits that the parents can give. When you encourage and stop punishing those who are rebellious against these very important and primary commands, then the wrath of God will be raised over that country. Homosexuals, transgender people, prostitution, abortion, adultery, etc were all crimes in America in time past. Those laws were wrongfully removed. The curse and punishment of God is falling on America because of this. The wronged, the abused, the murdered babies, the individuals that are suffering because of totally corrupt families that refuse to obey these commands of God is exactly what is causing God’s justice to fall on America.

No Respect for the other side

Not treating the principles of the other side with dignity, honor, and respecting them publicly.

In the Old Testament, people had possessions that were by God protected. To steal is a wrong addressed in the Ten Commandments as a principle wrong. This is the lack of respect of the possessions of other people. While it is not wrong to grow tomatoes and then sell them for a good price, it is wrong to go into somebody else’s garden and take them. How you obtain what you have is very important, and the principle of working hard is a very primary principle also. The harder you work, the more probably you will live better than your neighbors.

In these principles, I note the following:

(1) it is not acceptable that you steal, cheat, or deceive people to get things nor to get more. In the fable, the person who sold magic beans to Jack, that person was immoral in God’s eyes. You do not deceive to make a sale, nor do you do so to make more profit. While a profit motive is present in all business transactions, it cannot overrule the principle that things have to be honest and approved before the eyes of God.

(2) It is not acceptable to deliberately or accidentally harm other people nor destroy or ruin their possessions. To make a riot and destroy personal property, businesses, houses, or worse even, to physically harm or kill somebody should be dealt with swiftly and forcefully by government. Note: public property is property that is held in trust by the government (they are responsible for making it what it is, maintaining it, and physically protecting it).

Overturning the achievements the past opposing presidents

It is unbelievable to see this understanding and drive that when a Republic follows a Democrat, or a Democrat follows a Republican, that everything that that former president did is overturned. This is not unity. This is not respect.

Governing without honoring the laws of the land, and how governance is supposed to work

Let’s face it, some kooks get into office sometimes and they make a whole lot of mess. So some laws need to be examined and done away with. But this process should not be the primary way we govern in this country. Laws are made after careful examination. This careful examination is by both sides. Nancy Pelosi’s famous 6000 pages document, here read it all and study it in a few hours and vote for it in 2 hours. You can study it all you want after it is law. That ridiculousness is not how our country should be governed.

Laws should be studied from all sides, and their effects, good and bad well studied out based on actual real investigation and science. Science has been turn on its head by the Democrats to be what it is not. Scientific facts are made from time and true methods of experimentation that can be repeated forever and the same results will happen.

Science is not “I want things this way, so twist weak minded, weak willing scientists that live off of government grants (by Democrats) to say yes to whatever is coming down the pipe. Global warming is not true. The climate of the planet warms and cools in cycles, and we do not understand these cycles. At any one moment in time, we may be in a warming mode or in a cooling mode. Truth is that scientific facts tell us that there were points in time in which the planet was much warmer than it is now, and we have had ice ages. All warming cycles after ice ages have been beneficial to the planet and life on the planet.