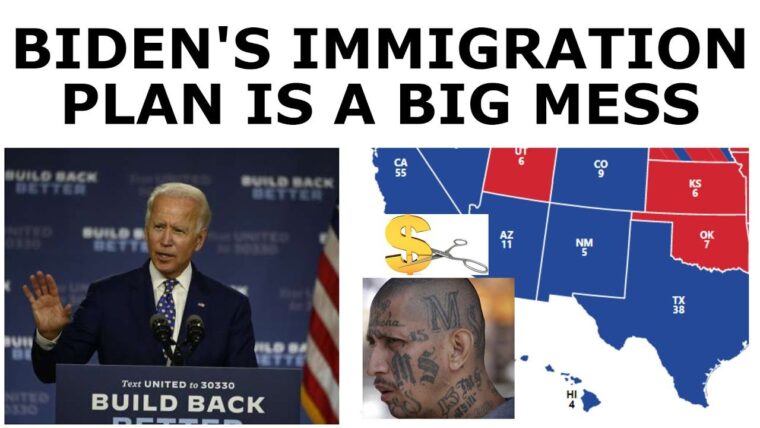 Well, the Democrats are in power, in all three, Senate, House, and White House. So they can now do anything. What went wrong? To deny that the US’s southern border is not in crisis is a real problem. It has all the earmarks of being a present crisis, and the caravans of more immigrates are lining up in South America. So what did they do wrong? What are they doing wrong?

The first fallacy, and this will fall on them eventually, is to presume that all immigrants are going to vote Democrat. This lines up behind their error with the Blacks, Democrats give away money to blacks by government federal assistance. With the blacks, many started supporting President Donald Trump strongly and broke or walked away from the Democratic party. The bottom line for them is exactly what President Trump pointed out to them. Federal assistance programs do not really help in the long run. They create a dependency on the federal government over independence for one’s self. In other words, it is always better to have a job, make a good steady income, and decide for yourself how to spend your money than to life off of the government’s help with their restrictions.

The immigrants that come into the US want a few things, but their lives are changing if they come in. First, they want an open immigration door. Joe Biden has provided that. But there is a problem here. They only want the door open “for them” not for everybody. Immigrants are no fools. They know that the money bag that the US is using to dole out money is not limitless. When the money is used up, they want to be inside the US and the “other immigrants” prohibited from entering or receiving the same dole out.

So when these immigrants begin to normalize themselves as Americans, they begin to see how much the government is wanting to grab, and will grab from the personal work success of each person. When they move from recipient of federal funds to the persons paying for this federal give away, these same immigrants are going to change from Democrat to Republican. This is inevitable, and this is going to break the Democrat party’s practice.

Secondly, many of those entering the US are coming from places that were or still are Communism, Marxist, or Socialist. They are “fleeing from” bad government. Coming into the US to see the Democratic left wing as full fledged Communism is once again going to move them from Democrat (running to Communism) to Republican (prohibiting strongly Communism).

We are seeing Joe Biden’s “friend” China cooking his goose. While they donated to the Biden family money making machine to the tune of 1.5 billion dollars, they are no friends to the Bidens. That is seen these days by how China has returned from a friendly stance with the Bidens, to a stance of pushing Communism in the US. Joe is getting caught in machinery and his face has mud on it.

The Danger of an Open Board

While the Democrats dream with the idea of an open border for the US, many know the dangers inherent in that.

First of all, when the border is porous, people go back and forth without revision or filtering by the US authorities. Under Obama and Biden, many terrorists entered the US and killed people. 911 is an example. Not only were those guys allowed in, they over stayed their visas, and there was no checking up on them in the US.

Secondly, the drug lords are always on top of this immigration thing. It is “their business” to know and work the border. For smuggling drugs, they love a porous border. They can move more and more both ways, drug to the US, and money and guns into Mexico. Beyond drugs, they move gang members into the US to get a better footing and control over the “US territory”. Foreigners live with that in other third world countries. They are not ignorant. They understand how these drug lords, drug cartels, and gangs work. It does not help the immigrant nothing personally but exposes them to danger and risk. Now who in the US is going to protect them, because back in Mexico or wherever they came from, the police where useless being paid off by the cartels. The courts likewise don’t function. Even the prison systems basically have caved in allowing drug lords in their prisons to live like kings, with their money paying for luxuries that are hard to come by outside of the prison.

In the US, the immigrant sees the Democrats as allowing rioting, destruction, and people doing violence. This is the party of all that. They want to defund the police and the military, and they understand how the military is the last barrier against the cartels. Even that has been made ineffective by the cartels in other countries.

So as per exactly what I am saying above, Nancy Pelosi Democrat majority House of Representatives voted on approving giving the vote to all illegal immigrants. All citizens of the United States now have their votes diluted and value less with these 22 million new voters if they can get this passed beyond the House of Representatives.

This will be tested with local school board elections and then will be used on a state level and finally on a national Presidential, Senate and Representative level. This is just the first step, but they have to get this through before midterm elections in case they lose drastically.

P.S. All you valid foreigners that went through all that work to be legal American citizens, these people are getting all of your rights without any vetting, without any rules almost.