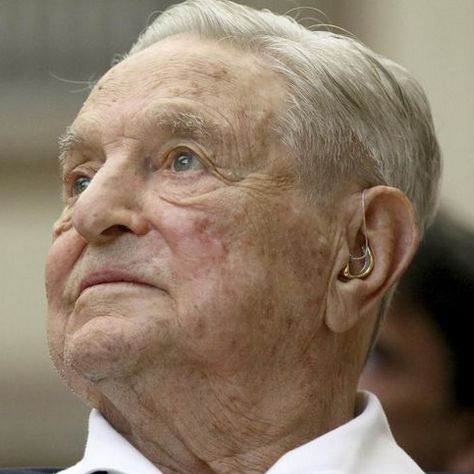 George Soros Puppeteer. George Soros has been behind a tremendous amount of election illegal and doubtful actions, and this is just the latest in his long life of taking advantage of other people’s disadvantages.

George Soros, Hon is a Hungarian-born American billionaire investor and philanthropist. As of May 2020, he had a net worth of $8.3 billion, having donated more than $32 billion to the Open Society Foundations. Born in Budapest, Soros survived the German occupation of Hungary and moved to the United Kingdom in 1947.Wikipedia
Born: György Schwartz, August 12, 1930, Budapest, Kingdom of Hungary.
Observation: If Soros is a naturalized citizen, then upon applying for naturalization, he has to swear that he has not supported in past, nor does he now support Communism, Marxism,  nor any other movement to overthrow the United States government nor their system of governing, and that he upholds the United States Constitution. To get naturalized as a US citizen, he would have had to answer “yes” that he is for the US and against Communism, Marxism, overthrowing the US government, etc. Why doesn’t the United States government then bring this back on his head and deport him and remove his citizenship and seize all his US accounts?

What about George Soros?

George Soros, 89, is still on a quest to destroy America

1) It’s time to lift the veil on George Soros

Despite media censors, the truth is that George Soros is bringing chaos to American cities. He’s using his millions to purchase district attorneys who refuse to prosecute low-level crimes and practice revolving-door-justice – releasing offenders back into the community with no-cash bail and lenient sentences.

His presidential candidate (Hillary) lost in 2016, but this setback likely won’t slow Soros down. His political activism portfolio is well diversified. Backing organizations dedicated to social agitation and change-for-change’s-sake, Soros has caused tsunamis of upheaval, in the United States and around the world.

…last August, DC Leaks, a group of adroit hackers, got into the Soros files and released them. Perhaps the most notorious of the disclosures concerned Soros’s Open Society Foundations, named in honor of Sir Karl Popper. Underneath its lofty rhetoric, the organization was clearly devoted to the eradication of national sovereignty. A key Open Society paper, hacked in its entirety, described the Syrian refugee crisis as an opportunity to “shape conversations about rethinking migrations governance.” Translation: use agitprop to flood Europe and the U.S. with evacuees (among them some probable terrorists); make the old borders and institutions irrelevant; and, in the process, create a world liberated from the restraints of constitutionalism, American exceptionalism, free-market capitalism, and other obsolete isms.

Print reporters were enlisted in the cause of propagating the Soros mind-set. As recorded by WikiLeaks, Soros operatives, determined to shape media coverage of events in Ukraine, were instructed to “select journalists from the five target countries (Germany, France, Spain, Italy, Greece) and offer them long stay reporting trips in Ukraine. Rather than specify what they should write about they should make suggestions for articles; we retain a veto on stories we think are counterproductive. Suggestion that we liaise directly with journalists to determine interest.”

The subprime mortgage crisis of the 2000s offered another opportunity. Houses had been overvalued and underfinanced. The day of reckoning occurred in 2008. It led to the downfall of Lehman Brothers, the failure of Fannie Mae and Freddie Mac, and the near-collapse of the entire global financial system. Again, Soros came smiling through. “I’m having a very good crisis,” he told a reporter.

In all, Mr. Soros gave at least $33 million in one year to support already-established groups that emboldened the grass-roots, on-the-ground activists in Ferguson, according to the most recent tax filings of his nonprofit Open Society Foundations.

The financial tether from Mr. Soros to the activist groups gave rise to a combustible protest movement that transformed a one-day criminal event in Missouri into a 24-hour-a-day national cause celebre.

Other Soros-funded groups made it their job to remotely monitor and exploit anything related to the incident that they could portray as a conservative misstep, and to develop academic research and editorials to disseminate to the news media to keep the story alive.

Kassandra Frederique, policy manager at the Drug Policy Alliance, which was founded by Mr. Soros, and which receives $4 million annually from his foundation. She traveled to Ferguson in October.

“We recognized this movement is similar to the work we’re doing at DPA,” said Ms. Frederique. “The war on drugs has always been to operationalize, institutionalize and criminalize people of color.” #BlackLivesMatter Trayvon Martin

One of the organizations that Mr. Soros funds, and which fueled the demonstrations in Ferguson, is the Gamaliel Foundation, a network of grass-roots, interreligious and interracial organizations. Mr. Obama started his career as a community organizer at a Gamaliel affiliate in Chicago.

(4) It’s time to lift the veil on George Soros

Gingrich charged on Fox that the “number one problem” behind riots and looting in big cities is “George-Soros-elected Left-wing, anti-police, pro-criminal district attorneys.” That triggered a Fox host who interjected, “I’m not sure we need to bring George Soros into this.”

Despite media censors, the truth is that George Soros (pictured) is bringing chaos to American cities. He’s using his millions to purchase district attorneys who refuse to prosecute low-level crimes and practice revolving-door-justice – releasing offenders back into the community with no-cash bail and lenient sentences.

Crime has since soared in Philadelphia. U.S. District Attorney William McSwain hammered Krasner recently for creating a “culture of lawlessness.” McSwain charged that “the staggering homicide and shooting rates in Philadelphia are proof that the district attorney’s radical experiment has failed.”

In Los Angeles, Soros is waging war on law and order by giving $1 million, so far, to make George Gascon LA’s next district attorney. As San Francisco DA, Gascon helped make his city a haven for the homeless and increasingly unlivable. He refused to prosecute camping on city sidewalks, public urination, soliciting sex and other crimes.

And in violence-riddled Chicago, Soros has spent $2 million this year to help keep State’s Attorney Kim Foxx in office. Under her watch, violent crime in Chicago is way up, with 290 murders and 1,480 shootings in the first seven months of 2020.

Soros funnels his largesse through his Open Society Foundations which spends $1 billion annually and is active in 120 nations. Every year, OSF brags, it gives “thousands of grants to groups and individuals who promote our values.”

Links to Articles on George Soros