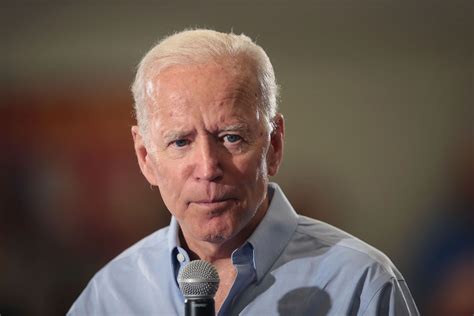 Joe Biden Profile is a conservative view oversight of President Joe Biden, his positions, his actions.

Trump recently (2/2021) in CPAC made an observation that is very true. If Joe Biden had such urgency to make policy changes that he had to make Executive Orders as president, more than Trump, Obama, and Bush etc combined, then why didn’t these issues come to the surface in the 2016 debates between Trump and Biden? The obvious answer is very simple. Biden and the Democrats were hiding these policies from the American public. Why would they do that? Because these policies are where the Democrats want to take America, and Democrats know very well that if put out in public in a formal party/candidate policy way, that candidate would tank in an election.

What oil dependent job person would vote for Biden in 2020 if they know what he would do if he entered office as president? None most probably. So America has a big case of buyers remorse, that they allowed Joe Biden (and the Democrats as those who did this) to enter office.

Joe Biden is a reinstatement of typical and historical Democrat trash

Where did America go? President Donald Trump fixed the errors and faults of the US before the world. There is an underlying principle that people need to understand and use in basing their political support. Democrats want to destroy America. They want to change it from the Democratic Republic that it was when founded and change it into a kind of mixture of Socialism and Communism.

A second principle that people need to understand about the Democratic party is that they are liars. Okay, here I have to knock ALL POLITICIANS because they all make promises that they don’t keep or can’t fulfill. Here I applaud President Trump because of all the people who have “come down the tube” as far as politicians in the last 100 years, he has been unique in promising to fix a lot of promises and he has kept far more than he has not, and that he has done with the Democratic political machine cranked up to maximum in opposing him.

Question for you. If President Trump has fixed incorrect situations like the Southern Border illegal immigration problem, NATO members not paying their due share of their defense bill, and Muslim nations not recognizing Israel, etc., and Joe Biden and the Democrats unilaterally are doing the opposite of everything Trump has accomplished (which none of that was easy, and while other previous presidents have whined about these things, nobody fixed them), then what did you get in Biden? Trump a fixer up, and Biden is a breaker again!

(a) kissing up to bad actors like China and Iran?
(b) lax border enforcement?
(c) committing U.S. taxpayers to pay for the defense of countries in NATO, while taxpayers in many of those countries get virtually a free ride as they take their two months of vacation a year?
(d) providing the U.N. 22% of its funding, which is far greater than any country, even though it routinely bashes the U.S. and Israel?
(e) entering into climate deals that require little from other countries but much sacrifice from the U.S.?
(f) negotiating trade deals that allow other countries to take advantage of us?
(g) restoring aid to Palestinians without any conditions that it will not be used to fund terror activities?

So let’s go where no principal Democrat has gone in the last 20 years. What are the Democratic policy platform planks to fix these things? Crickets. Nothing. They have no policy to fix anything, only to break these things again once Trump or the Republicans fix them. So we need to understand what we got in Joey boy. A breaker of good principles that the US should demand from the world. A breaker of sound and historic principles that the US should be observing in that of Immigration. Get a belly full of this, because there is always the possibility that this will be forever, or until the ruin of the United States. There are factors like the US budgetary debt that has grown to the point of crisis. No Social Security. No Federal assistance programs. No hand-outs any more. That is where we are moving to. Even worse, no infrastructure support by the Treasury department. Think roads filled with potholes, bad city water, backed up sewage, electricity blackouts or brown outs, no gasoline for your vehicles, and in general, everything that America produces from napkins to cars, from aircraft carriers to tanks, will be reduced greatly.

Let’s get the Democratic policies clear in our heads. No military, no police, no guns for common citizens. That is where we are headed under a Democratic President driving things.