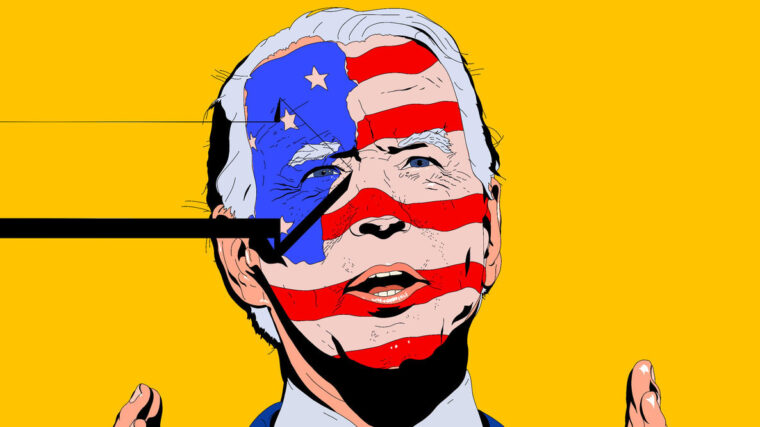 Biden is President of only the Democrat part of America explains where the Democrats have gone wrong.

What is becoming apparent through the events of our day is that Democrats are only governing their own people, and not the entire U.S.A. As hurricane Ian bears down on Republican Florida, Biden is not communicating (much less offering any help) to Governor of Florida, Ron DeSantis. The question or point that should be screaming in our minds is why not? When there is a natural disaster, is the president not president over all Americans, or is he just president over those of his party? The kicker here is that the president of the United States has the purse strings of the Federal part of our country. So is he going to withhold federal help to those who are of an opposing party? It would appear so.

The System is broken, and Bad

The problem here is that the Democrats have abandoned American Democracy, no matter how loudly they yell that they are the only ones who are defending it. They are not defending it, and this is evidence of that problem.

Essentially we have a two party system, and even though there are a few who don’t want to identify as either Republican or Democrat, they caucus or politically associate themselves with one or the other party.

The way the system worked, before all this “wokeness” that demands hurting the opposing party and people of the opposing party, is that whichever party was in power, they considered the opinions and strong feelings of their adversaries. That means, they gave them consideration, they opened bills and laws to a discussion before they voted on them, and they tried as hard as they can to do things in a by-partisan manner. That simply means both parties were ultimately involved in the thing they did, and blame or credit had to be shared. Those days are gone. What we have today is dog eat dog all out war.

By wokeness, I am referring to extreme views and positions that simply do not “follow the science.” There is a very large section of scientists who deny that global warming is happening. Just the general idea that you know what is going on with the weather over decades and centuries is just laughable. The weather is unpredictable. The global warming people take the scientific data of one year, and the glaciers are shrinking, so that is proof now that their theories are right. The next year, the glaciers have grown more than they have for decades. So now what does that do to their theories? It doesn’t disproof their theories (in their own reasoning), but rather, the truth is, the way they approach proving their theories is unscientific. You cannot proof global warming, or global cooling by looking at a single year’s set of data. You have to go to a 1000 year comparison, and even temperature records don’t go that far back. The conclusion is that scientists cannot make conclusions on these theories even if they wanted to and do it anyway, their conclusions are going to be wrong. Global warming or not, there is insufficient evidence to conclude anything.

But the influence of these Green ideas that turn our society on its head is killing our real life now. That is the point that people need to come to see. In Europe this winter, they are going to be suffering greatly with no power for heating. The best of the global warming people are predicting that if ALL THE WORLD adheres to their dictates, they could stop a .01 percent increase per 100 years. That difference is not going to be felt or noticed. In determining a conclusion in these kinds of matters, a true scientist looks at the data, and they try to determine what it means. In EVERY SINGLE CASE, a scientist understands that his data is accurate only to a degree, and that degree enters into statistic indications that don’t mean anything, and that small area is called a “margin or error” that is possible in the data. The margin of error of the data is much greater than a 100th of a percent.

Biden has decided via fiat for America

The problem in our political system is that the way America was set up to work is that the parties discuss, examine, run tests, get evidence, hear experts both pro an issue and contra an issue. Then they come to a joint conclusion TOGETHER after debating all the information, what America can afford to do, and what there is political will to do. In the case of World War II, America had no political will to enter the conflict until Pearl Harbor. This is neither a statement that this is good or bad, it is just how things work, and that is because that is the only way you can govern the country and keep it unified. Biden wants unity, go back to passing this through Congress in a by-partisan way. That is how the country was set up, and these presidential dictates through executive order has to stop.

In actuality, Biden and the Democrats are not even convincing their own party, the Democrats, with what they are doing. They are not fielding questions FROM DEMOCRATS about the value of their decisions. They are not accepting responsibility for failure when they do the wrong thing. Take Afghanistan for example. Where is the “Buck stops here”? Inflation. If you are in control of the country because you campaigned on “I can fix what is wrong”, then fixing it includes and precludes the problems the other party will put forth. You have to concede things to them to get them on board, and that has been thrown out the window these days.

Biden is only being President for his Party, not all of America

This is the sad reality. The bills he passes are slush funds for Democrats. They do not address fixing inflation for the whole country, just the democratic states and cities. The rest has to fend for themselves. What happens when a political party does this? Very simply, even their own people vote against them in the elections. The Democrats so rigged the system against Trump that they believe that they can keep on doing that. Unfortunately, things don’t work that way.

If I had to have confidence in Americans standing up and stopping it, well, the Dems will be dictators without a doubt. But that is not what is going to happen. People in America have tasted freedom, and the goodness that our political and economic systems can give us, and despite whatever politics happen, they are going to demand that those benefits are given to them again. Even illegal immigrants are going to demand that once in the US.

For the Democrats, that means that the next presidential election, their own Democrat party members are going to vote Donald Trump back into the presidency. That is brutal for so many of the Democrat politicians. To get any bones for themselves, they are going to have to endorse or work with Republicans, MAGA Republicans. This is caused because of what their leaders have done to our political system.

Biden is President of only the Democrat part of America